However, after a thrilling title race that went down to the final day for only the second time since the Premier League's inception in 1992, next term looks wide open.

Champions Chelsea and runners-up Manchester United will lead the charge, but Arsenal need only extend their staying power by a few weeks after mounting a credible challenge right into April. 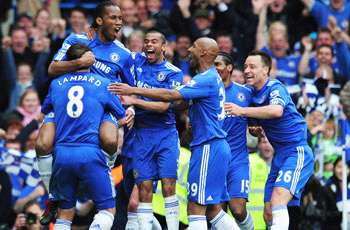 
All three sides wobbled after their Champions League exits, but Manchester City and Liverpool will not have that distraction, with both consigned to the Europa League.

City have looked a formidable force on their day and are sure to invest again over the summer, with no player beyond their budget, while Liverpool still have most of the side that came close to taking the title last time around.

Who do you think will be dancing on the pitch this time next year?