Goal.com analyses the new rules that will be phased in from next month and that could result in top clubs being banned from the Champions League and Europa League

From June 1, new rules will come into effect that will revolutionise how football operates. Financial Fair Play (FFP) is the hard-won harvest of Michel Platini’s Uefa presidency and has been designed to crack down on debt-laden clubs.

The forthcoming transfer window will sound the starting pistol for a three-year transition that will move clubs towards breaking even from next season, 2011-12.

FFP is borne out of the desire of Platini to level the playing field for the 660 top division clubs scattered across 53 European countries.

The three times European Footballer of the Year and former France manager has been outspoken about the “rampant commercialism” he said was “assailing” the game and has converted his heartfelt views into solid reforms.

Gianni Infantino, Uefa’s general secretary, claims to have secured unanimous agreement across Europe for the new rules, which will be phased in from June. As an initial compromise, clubs will be able to record maximum losses of €45 million (£39.5m) in total over the following three years. That can be subsidised by an owner but only if they invest the money permanently in return for shares, not by lending it as Roman Abramovich did when he first took control of Chelsea. If owners are unable to subsidise debts, the maximum loss is €5m (£4.4m).

From 2014 to 2017, the overall permitted loss will fall to €30m (£26.3m) for each three-year block monitored by Uefa. After that, Uefa hope clubs will have learned financial balance and be genuinely breaking even.

Infantino said “around half, maybe a little more” of the 660 clubs did not break even in 2009 but played down concerns over that figure, stressing that Uefa “have to be careful not to apply future rules to past situations”.

Yet there is scepticism about how rigidly the rules will be applied. If Manchester United’s massive interest payments continue to push them into losses, if Barcelona push the boat out to sign Cesc Fabregas with money they have not earned or if Manchester City qualify for the Champions League courtesy only of huge overspending, will Uefa play hardball and wield the axe?

“Everyone knows the rules and we will go through with it,” Infantino said. “The question is, ‘will you really do something?’ And the answer is, ‘yes, of course’. The train has left the station, we have started and there is no way back.” The reputation of the new system, and Platini himself, depends upon it.

As Andy Green, an investment analyst who writes the Anders Red football finance blog, points out: “It would be extraordinary to have this fanfare and then not see it through. I think it will work because Platini’s credibility is on the line. I went along to the select committee’s investigation into football governance and there is genuine belief that this will change the way things are done. To have this momentum and then not enforce it would be the end of Platini and the end of Uefa versus the clubs.”

The elite English and Spanish clubs have been the greatest beneficiaries of the global football explosion over the last decade. Using the television revenue from the Champions League and the two most-watched domestic competitions in the world, they have dominated the European scene, splashed out on the best players and become a magnet for billionaires keen for a slice of the action. 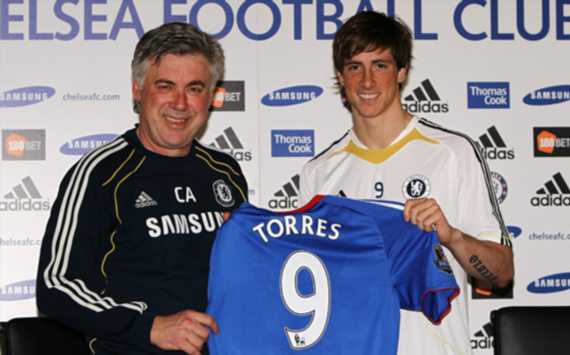 Yet only Arsenal of the five highest profile Premier League clubs would comfortably meet the requirements of FFP based on recently published financial results. Manchester United, Chelsea, Liverpool and Manchester City would all fail.

However, Uefa’s break-even calculation is not the same as a club’s statutory accounts. Expenditure such as youth development, stadium infrastructure and community development does not count towards FFP. Depreciation on tangible fixed assets is also excluded.

In the case of Chelsea, for instance, analysts estimate that around £10m a year is spent on a youth set-up that has yet to really bear fruit, while another £9m can be lopped off for depreciation on tangible fixed assets such as spectator facilities at Stamford Bridge or training facilities at the club’s Cobham headquarters. Therefore, FFP rules would allow Chelsea to reduce their expenses by £19m, which is a considerable portion of the £70.9m loss revealed on their last annual balance sheet.

There is room for clubs to manoeuvre in other areas. The entirety of a transfer fee does not automatically show up as an annual expense because clubs tend to amortise player acquisition costs over the length of their contracts.

For instance, Fernando Torres’ £50m January switch from Liverpool to Chelsea would not show up as one lump sum in Chelsea’s 2010-11 accounts – instead it would be an annual amortisation of £9m (£50m fee divided by the 5.5 years of his contract). Add in an estimated salary of £8m and the total cost of Torres, as far as Uefa’s accountants are concerned, is £17m per year.

Furthermore, deep in Uefa’s 91-page FFP document lies a safety net. Even if a club misses the break-even target, it can still be granted a licence if it meets two criteria – the trend of losses is improving; and the over-spend is caused by the wages of players that were contracted before June 2010 (when the fair-play rules were approved). However, that flexibility is only available for the reporting period ending in 2012.

“There can be objective reasons for making a loss but there must be a strategy of coping with it, over a three year period, for example,” explained Infantino. “All of this will be analysed by the panel and, of course, as the ultimate decision, exclusion is possible.”

Uefa has said that it will show understanding but this should not be confused with weakness. Infantino pointed out that 27 clubs have been excluded from European competition over the last five years “because they did not fulfil the club licensing criteria”. It is not just small fry, either. Mallorca, who finished fifth in La Liga last season, were excluded from this season’s Europa League by Uefa because of their financial problems.

Chelsea and Manchester City are the two clubs most guilty of overspending and then using cash injections from their rich benefactors to balance the books. Yet both are on the record of being confident they will eventually become financially sustainable.

There is scepticism among football finance experts how City’s Abu Dhabi owners can possibly indulge a loss of £121m last year and break even within three years. One avenue is generating more commercial income. Even without the sell of Champions League football, City’s commercial revenue more than doubled last year to £52.8m, nearly £9 more than that of Arsenal, an established member of Europe’s elite.

Yet a simple glance at City’s official website reveals the club’s sponsors are predominantly linked to the owners. Shirt sponsor Etihad Airways, telecommunications company Etisalat, Abu Dhabi Tourism Authority and investment company AABAR are all based in the Middle East. Even Ferrostaal, a virtually unknown German engineering company, have been taken over by the Abu Dhabi government.

This has raised suspicion that clubs such as City can bypass FFP rules by means such as sponsorship. Not so, say Uefa, who stress all deals will be market-tested for fair value.

“Nobody should try to be clever about the possibility of circumnavigating the rules,” warned Infantino. “If the panel have the feeling that the rules are circumnavigated, then this corresponds to a violation.”

Yet Green is concerned that teams of highly paid accountants and lawyers at the big clubs can drive a wedge through the rules. “None of [City’s] deals are more than £3-4m a year and they do not fall foul of the fair value adjustment.”

There is also the human side to the game. Infantino has admitted that FFP in essence provides a soft wage cap by limiting overspending. Green says it is effectively a wage cap by stealth.

However, those who are expecting an end to £200,000-a-week contracts may be disappointed. Sam Rush, chief operating officer of Wasserman Media Group, whose clients include Steven Gerrard, Michael Owen and Football Writers’ Player of the Year Scott Parker, does not expect the income of the elite athletes to be affected.

“I don't think Champions League footballers should expect their wages to decrease at all,” said Rush. “There are plenty of revenue-generating opportunities that have not been explored in the past so I'm certainly not worried that the elite entertainers in world sport are going to suffer financially as a result.

“The challenges for lower down the leagues are significant as a result of a variety of factors. I always think new rules can have an unwanted effect on third parties for whom the legislation was not intended.”

It is all educated guesswork at the moment. With just over a fortnight to go until the new rules are introduced, magnifying glasses will be turned on the big clubs and the big players. They are bracing themselves for what could be a bumpy ride.