By Lucas Bertellotti
Diego Maradona lost the ball a fair share of times during the Mexico World Cup, and also misplaced passes; but when he got it right, no defence on the planet could stop him

Sergio Batista was such an effective footballer for one reason: he understood perfectly his own abilities. The future Argentina coach judged himself better than any journalist or expert could have, and knew exactly what he had to do. His job was to take the ball, lift his head and move it on. Those three simple actions, of course, mask a world of possibilities.

When the Argentinos Juniors favourite was unmarked he gave himself the luxury of two or three touches before distributing calmly with his favoured right boot. But when his opponents came bearing down he knew he had to act fast, and would be ready to make the pass almost before the ball had even reached him. The same rule was in force for his head movement; if he had someone in close attention, he would not dare even to look around him. If Batista had dropped back between the centre-backs, on the other hand, he would observe the scene around as if it were sunset on a secluded beach, with all the time in the world.

The final step, moving the ball on, however, was the most straightforward for Checho. His first target, no matter how many players were around him or where he was on the pitch, in the 1986 World Cup was almost always Diego Maradona. And the best player in the world rarely let him down.

Maradona did not play a perfect World Cup 30 years ago. Opta's statistics reveal that his performances in Mexico were far from the work of art that popular imagination envisions. Against Bulgaria 30 years ago to the day Argentina's captain lost the ball a massive 26 times, and misplaced 10 passes. Both numbers were the worst of the entire Albiceleste outfit. 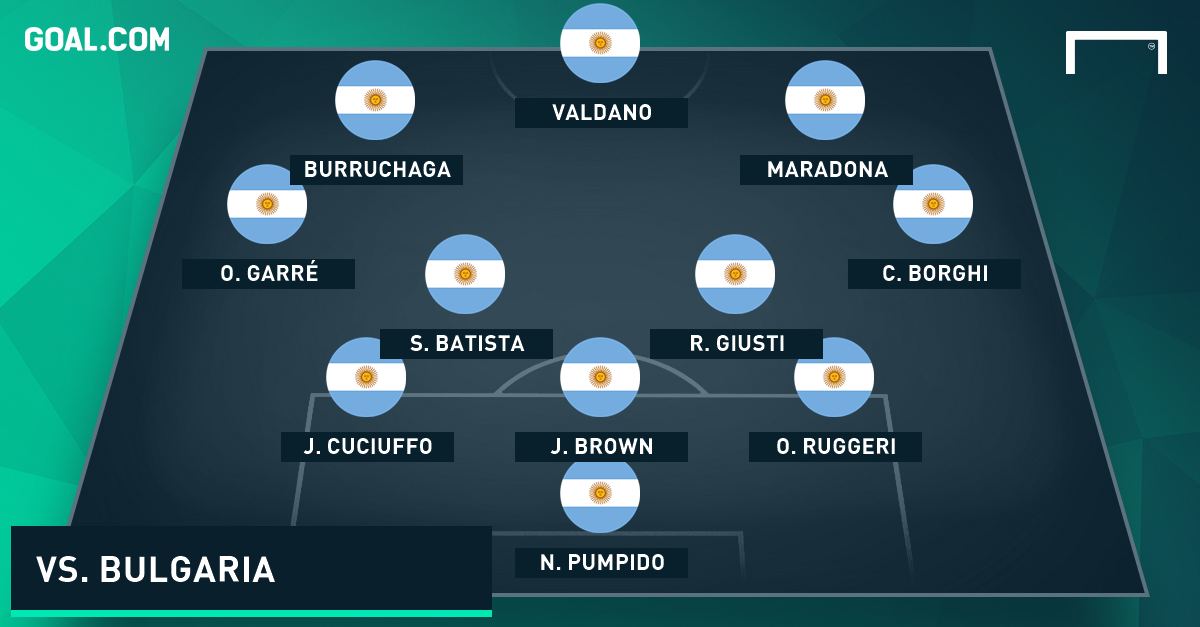 Batista, however, never doubted the legend. Nor did Jorge Burruchaga, and nobody had to tell Jorge Valdano who to pass to. It mattered not how many balls Maradona lost, nor if his pass missed its mark. The key, the cornerstone of the Argentina plan was to keep him continually at the heart of the match, as the team's maestro conducting a physical orchestra. At every possible opportunity he got the ball. Sure, he got it wrong at times. But when he got it right, it was the cue for something truly special to occur.

The instructions, the diagnosis handed down by the doctor on the sidelines, Carlos Bilardo, was unequivocal. The more time Maradona had on the ball, the better the Seleccion were going to play in Mexico.

The Bulgaria match sealed first place in Group B for the Argentines, as they ran out 2-0 winners with Maradona giving the world some unforgettable, inimitable moments. In the first half he started a move every bit as spectacular as the slalom that would follow a matter of days later against England. Against the Eastern Europeans the ball flew inches wide, but it was a warning to the football world.

In the second half he built another inspired passage of play, mixing physical power and innate ability to break free before landing a cross on Burruchaga's head for the second goal of the day.

The final pieces of the puzzle came together for Bilardo against Bulgaria. The coach said goodbye to the four-man defence and settled on Oscar Ruggeri, Jose Luis Brown and Jose Luis Cuciuffo at the back, with the aim of pushing more men into midfield and avoiding the isolation of those up front.

The last group game was a sign of what was to come: Bulgaria simply could not hurt the Albiceleste, and found no way through a solid backline further bolstered by Batista acting as an anchorman.

The Europeans barely mustered a single chance on goal, and Valdano and Burruchaga's strikes were enough to send Argentina cruising into the last-16 at the head of their group . 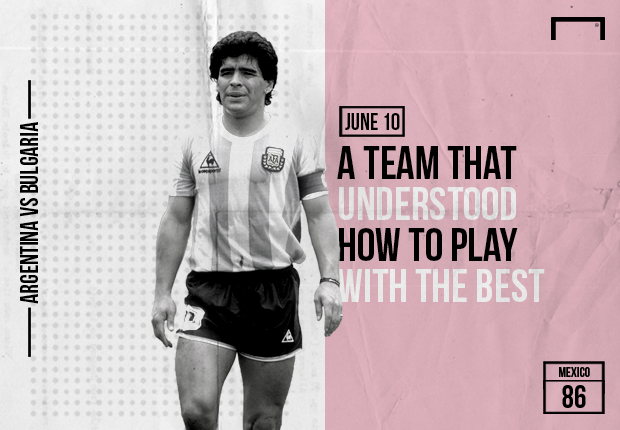 Speaking to Goal, current Argentina coach Gerardo Martino admitted that deciding when to give Lionel Messi the ball remains a source of uncertainty. "The problem is that sometimes it is excessive. There is such pressure to give him the ball that there might be better-placed team-mates and they don't get it because he ends up receiving, it is a great temptation," he explained.

"I think we have more than enough creativity for him to be decisive, but he should not be resolving everything."

Such doubts, however, did not exist in the Argentina team 30 years ago - at least, not when the team and Maradona had moved into top gear. Maradona was the key to success in Mexico, and even though he might have made mistakes, the rest of the side understood that if their maestro was in possession and moving towards goal they would never be far from victory.
Close