Andrey Arshavin and Gael Clichy head a list of eight Arsenal players who could leave the club this summer.

MORE...
Although manager Arsene Wenger has been promised “significant funds” by chief executive Ivan Gazidis to strengthen his squad and does not have to fund new signings by player sales, there are likely to be some high-profile departures, with the Frenchman keen to shake-up his team.

Arshavin, who has spoken publicly of his desire to play for Barcelona, is believed to be seeking a move even though Wenger has said he would like to offer him a new contract.

The Russian, 29 later this month, has a number of concerns. He is unhappy with the team’s lack of progress during his 16 months at the club, and with the fact that he has frequently been played out of position by Wenger.

Arshavin is also earning half of what he expected to in London when he went on strike to force through his move from Zenit St Petersburg, with 50 per cent of his £70,000-a-week wages docked for income tax.

Any move could depend on a buyer being willing to match the £16.5m fee that Arsenal paid for the midfielder.

Clichy, 24, is likely to use the interest from Barcelona and Real Madrid as a bargaining tool when he sits down with chief executive Ivan Gazidis to discuss extending his contract beyond 2012, when his current deal ends.

Although Arsenal’s longest-serving player is happy in London, he is believed to be interested in a new challenge. 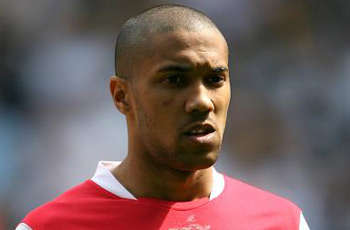 Leaving? | Clichy could head for Spain


The emergence of Kieran Gibbs as Clichy’s heir apparent may persuade Wenger that a bid of over £10m from one of the Spanish giants is too good to turn down.

Gallas is running out of time to agree a two-year contract on his current £80,000-a-week terms, while fellow centre-halves Senderos and Silvestre are also out of contract next month and will be allowed to leave as the club aim to reduce their wage bill.

Merida, who is also a free agent next month, has agreed a return to Spain, where he will link up with Atletico Madrid.

Silvestre is believed to be the target of a number of Premier League clubs, including Blackburn Rovers, but it is understood the defender, 33 in August, is seeking a player-coach role.

Wenger is also willing to listen for offers for Rosicky and Eduardo even though the pair were given the security of new contracts this season.

Both players have overcome career-threatening injuries to force their way back into the Arsenal team but have struggled to cope with the intensity of the Premier League.

CSKA Moscow are said to be keen on Eduardo, who could cost around £7 million, whilst Rosicky is a £4.5 million target for Hamburg.