Nizaar Kinsella
The Nigeria star has confessed that he is already considering his future options as time runs out on his contract at Stamford Bridge, where he has played for 11 years
EXCLUSIVE

John Obi Mikel has admitted that he is ready talk to clubs in January if Chelsea fail to offer him a new deal.

The Nigeria international has entered the final year of his contract and can begin negotiations over a Bosman move at the beginning of 2017.

He has so far struggled to get into Antonio Conte's side after playing in the latter stages of the Olympics football tournament in Rio, where he helped his country win bronze, and he accepts that his time at Chelsea could be coming to an end.

"I’ve been here for a long, long time. I’ve spent 11 years of my life in this football club, it is my home.

"This season is the last at the club if my contract ends. I am quite relaxed about it, the future looks good."

Although he is open to new offers come January, he is still hopeful he can compete with new signing N'Golo Kante for a starting spot and have his Blues contract renewed.

"I am always open to a new conversation, a negotiation [with Chelsea]," he added. "But if there’s none, the future still looks bright. One day you have to move on. I think my memories here, my achievements here, are something that no one will ever take away from me. 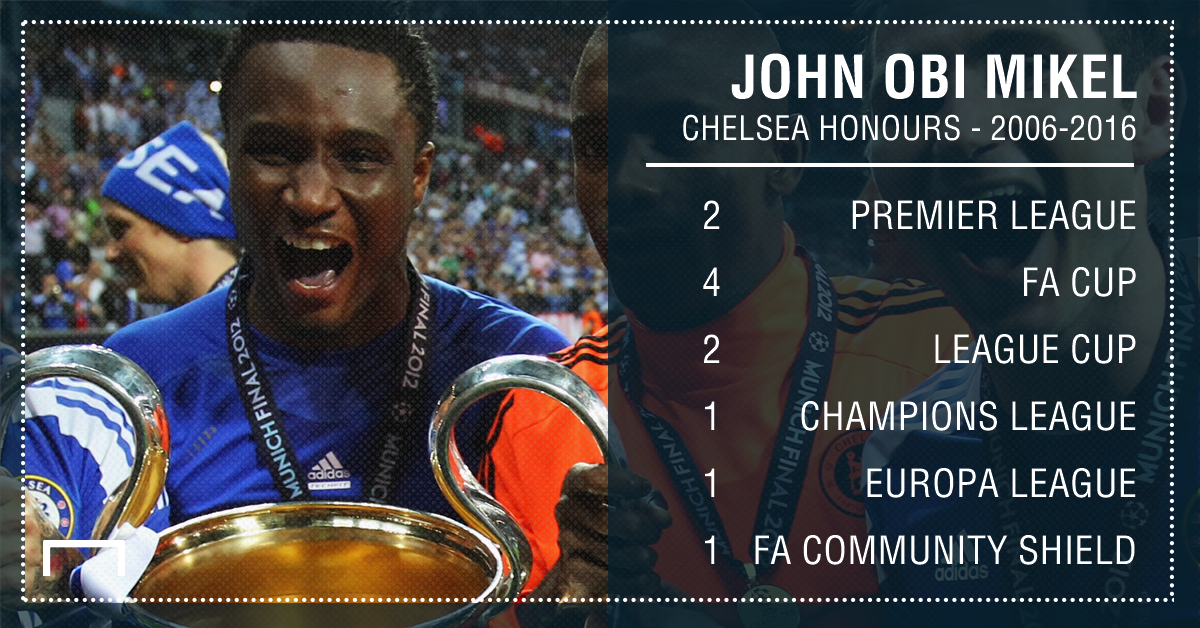 The 29-year-old gave his verdict on a potential move to the Chinese Super League, where ex-Chelsea players such as Demba Ba and Ramires are currently playing.

"I will decide where is best for me and my family," he continued. "You don’t just wake up as a single man and sign wherever, it has to be good for you, the family, the kids, so it is about the package. The best decision has to be made.

"If it is going to be the Premier League there will be options. If it is China or some other places, we will see. One thing is for sure, I will make the best decision."

Mikel could return to Chelsea action against Leicester City in the EFL Cup after missing the bulk of pre-season due to his international commitments.