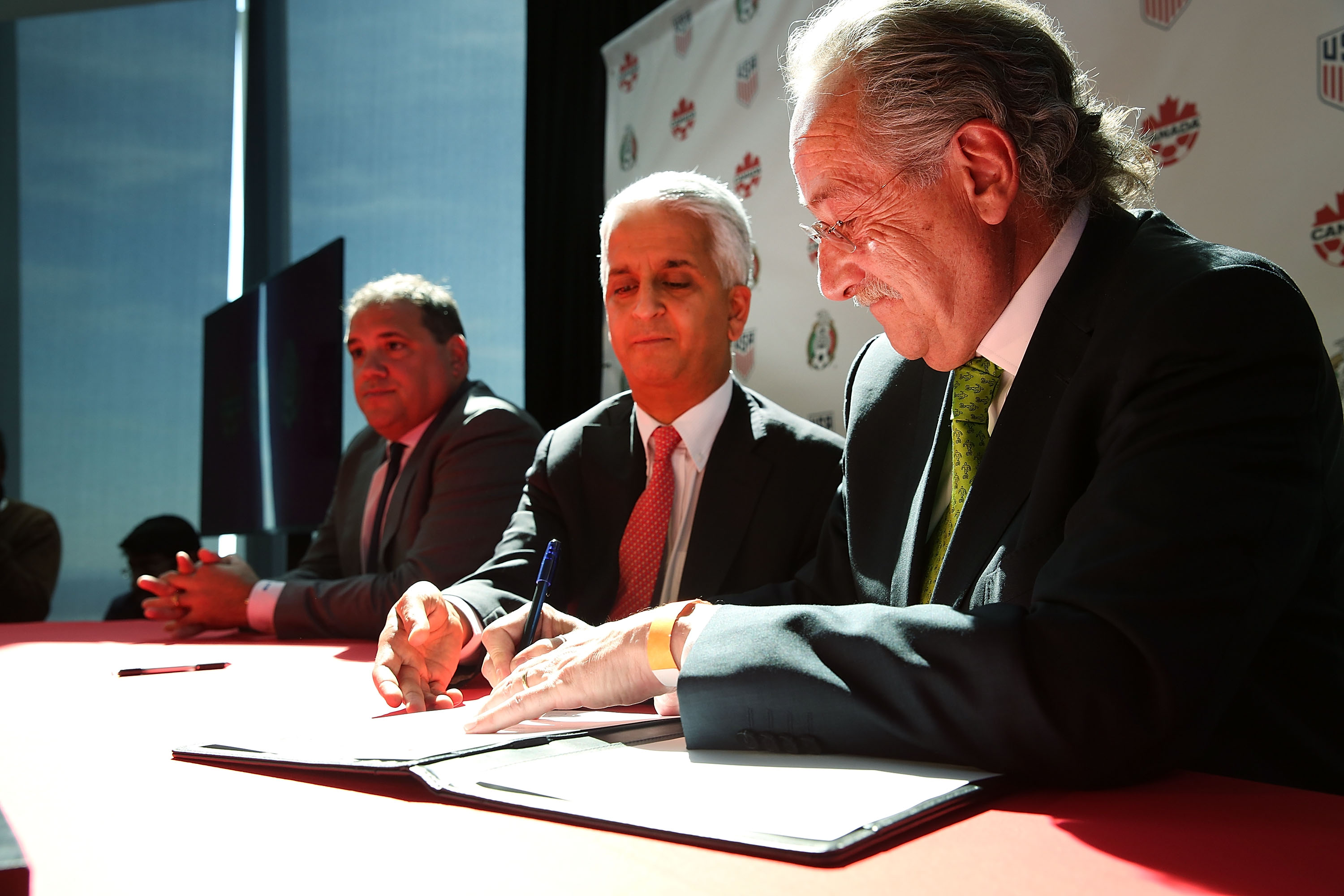 The committee that is looking to bring the 2026 World Cup to North America announced Wednesday the 32 cities across the region that could serve as official host cities for the competition.

The United Bid Committee has named the potential host cities in a press release, including four cities in Canada, three in Mexico and 25 in the United States. The committee also confirmed it will continue working with non-host cities in the further development of the "united hosting concept."

"As we move to the next stage of the bid process, we're even more confident we have everything needed to deliver the largest, most compelling FIFA World Cup in history and help accelerate the growth of soccer across North America and around the world," said United Bid Chairman Sunil Gulati.

"We have more than double the number of cities required to stage matches in 2026. We have a vision for growing the game and engaging fans as never before. Our biggest challenge will be finding ways to honor the enthusiasm of all the people across Canada, Mexico and the United States through the development of our united hosting concept."

During the next stage of the bid process, the United Bid Committee will integrate the 32 potential host cities into its strategy and vision, as well as work with local officials to finalize the hosting documents required by FIFA. Representatives from the 32 potential host cities will travel to Houston during the week of Nov. 13 for a working session.

The committee received applications from 41 cities across North America but narrowed the number to 32 after a review of the communities and available facilities.

"The 32 cities that we have identified as potential host cities, on their own and together, are prepared to welcome soccer fans from around the world. They are more than capable of helping fulfill the shared vision and ambition of FIFA and the United Bid in shaping the future of soccer in North America," said John Kristick, Executive Director of the United Bid Committee.

"While not every city will move forward as a potential host city, we were so impressed by all the applicants that we will continue to engage with all the cities as part of our hosting strategy and we will welcome the opportunity to work with FIFA to further expand our hosting concept to ensure the broadest possible impact for this spectacular event."

The host city selection process takes into account stadiums, support facilities, hotels and transportation. The committee also looked at the cities' contribution to soccer's development and fulfilling the group's vision on the eight-year build-up to the tournament, along with the social, economic, and environmental legacy.

The potential host cities are as follows: