Al Bayt and 974 were the two latest stadiums to be unveiled...

With the 2022 World Cup less than a year away, the hosts Qatar have already unveiled seven of the eight planned venues for the global showpiece tournament.

While Stadium 974 was officially unveiled a few weeks back, Al Bayt stadium became the latest venue to be inaugurated on Tuesday during the opening day of the FIFA Arab Cup.

Al Bayt, a 60,000-seater venue designed to resemble the tents historically used by nomadic people in the Gulf region, hosted Qatar’s 1-0 victory against Bahrain. The stadium will also host the opening match of Qatar 2022 in just under a year.

The inauguration of Al Bayt was attended by the Amir of Qatar, His Highness Sheikh Tamim Bin Hamad Al Thani, who officially announced the start of the tournament.

Let us have a look at the other stadiums which have already been launched. 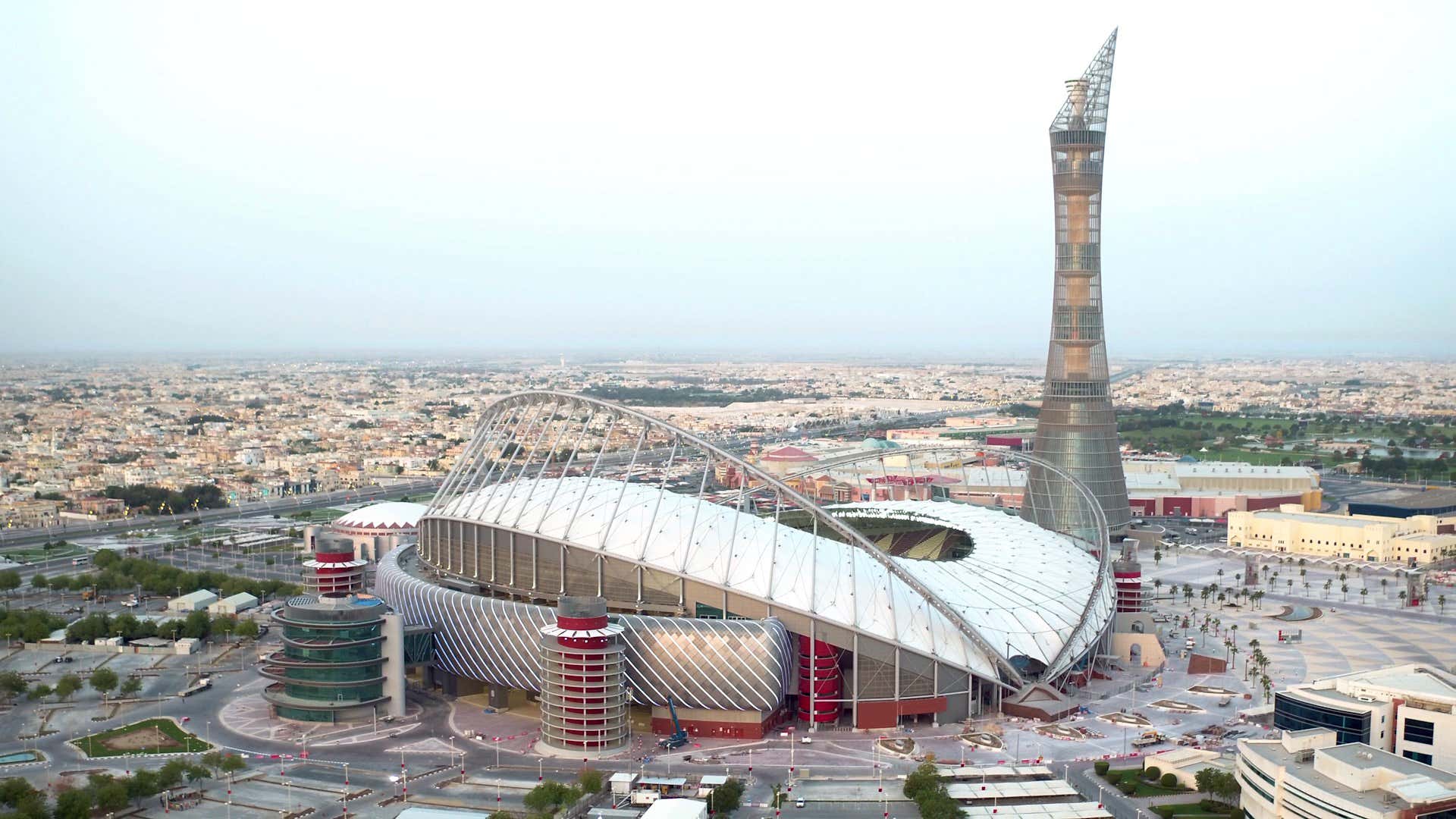 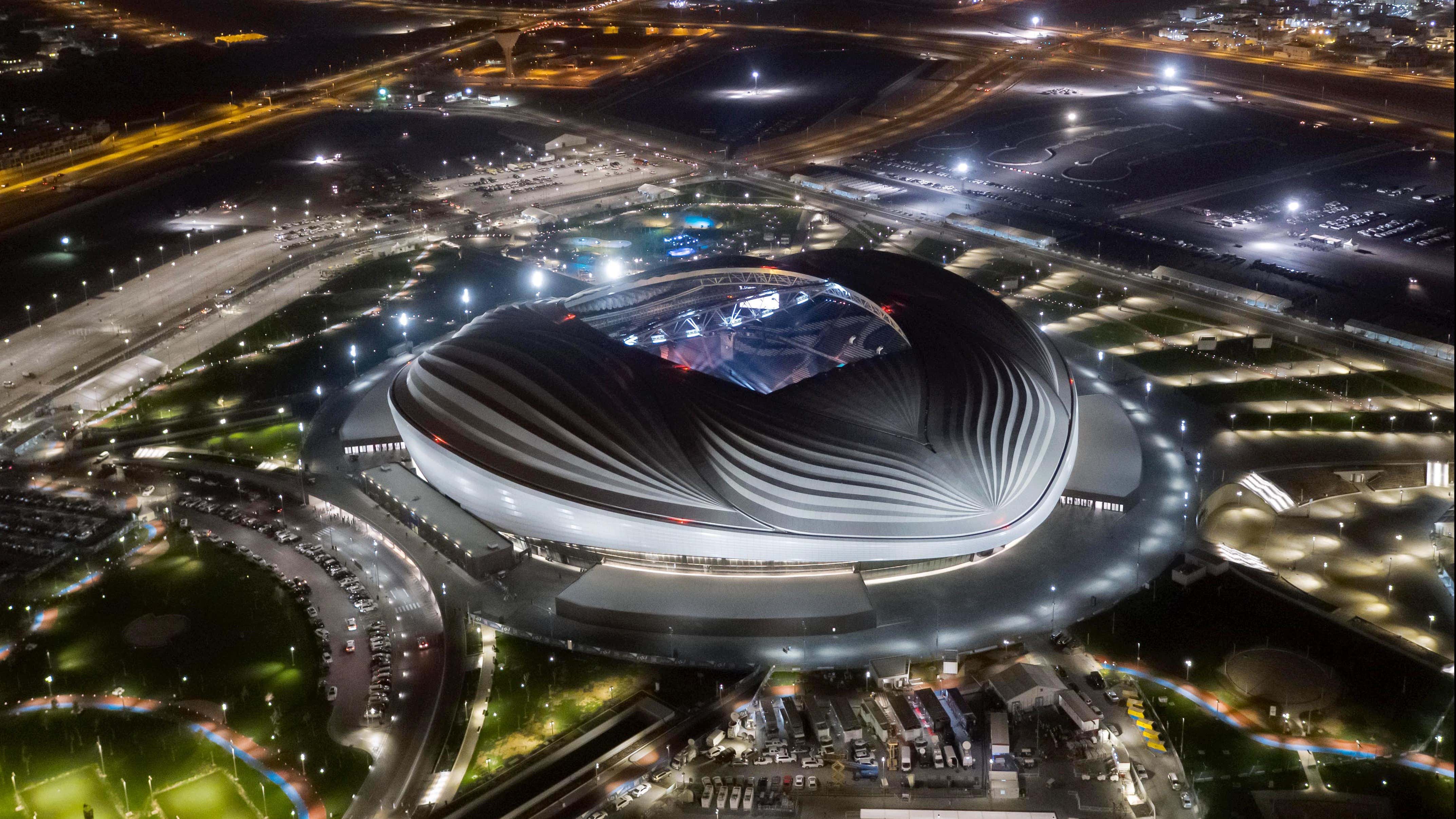 The 40,000-seater stadium is designed by British-Iraqi architect Zaha Hadid. The architecture is inspired by the sails of traditional Dhow boats, used by pearl divers from the region. The curvilinear roof and exterior refer to Al Wakrah's history of seafaring, additionally giving spectators the feeling of being on a ship. Bowed beams hold up the roof, resembling a ship's hull. 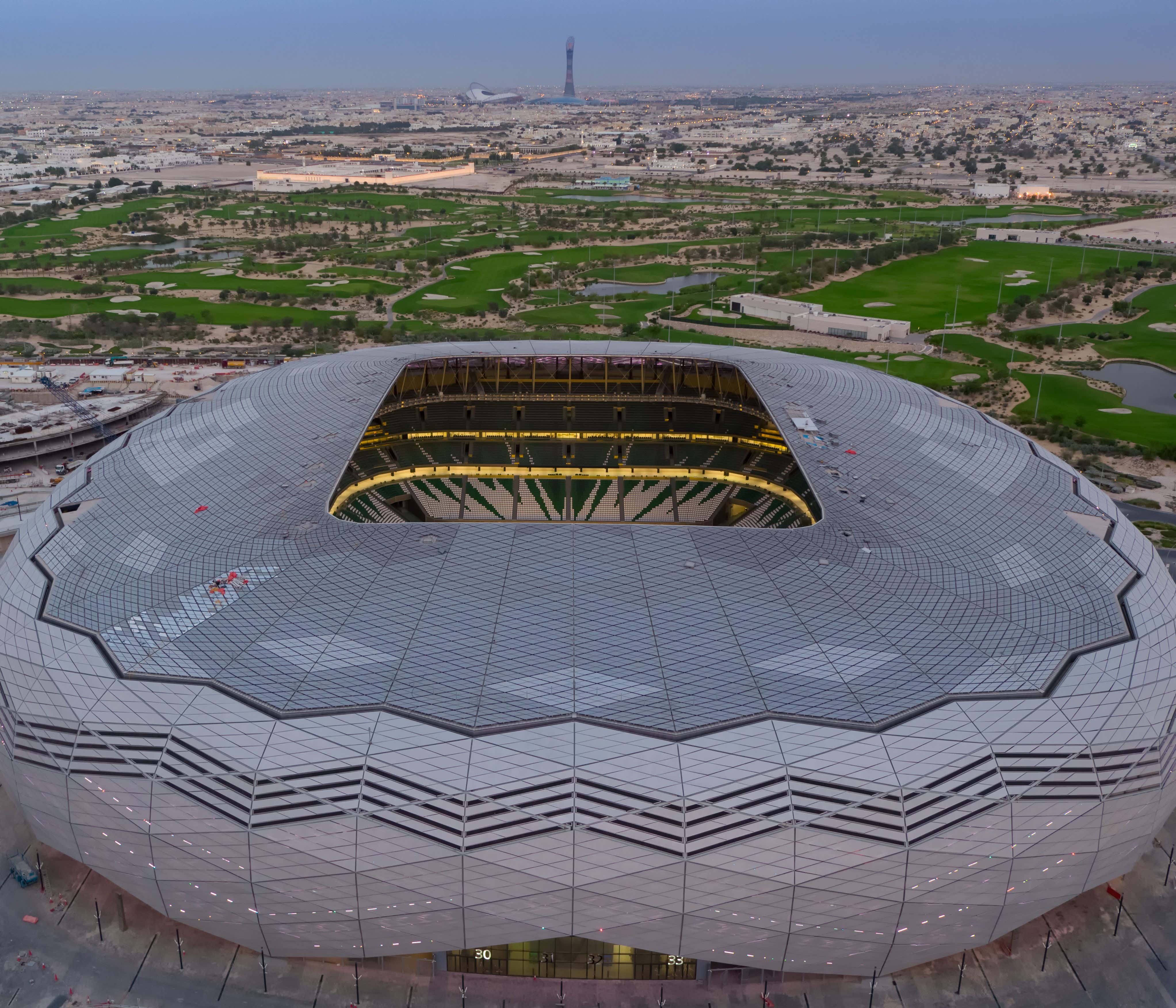 Located in Qatar Foundation's Education City in Al Rayyan, Qatar, the 40,000-seater Education City Stadium was opened with a digital ceremony. With 20 per cent of its building materials being green, the stadium is among the world's most environmentally sustainable stadiums. In May 2019, it even received a five-star GSAS (Global Sustainability Assessment System) rating. 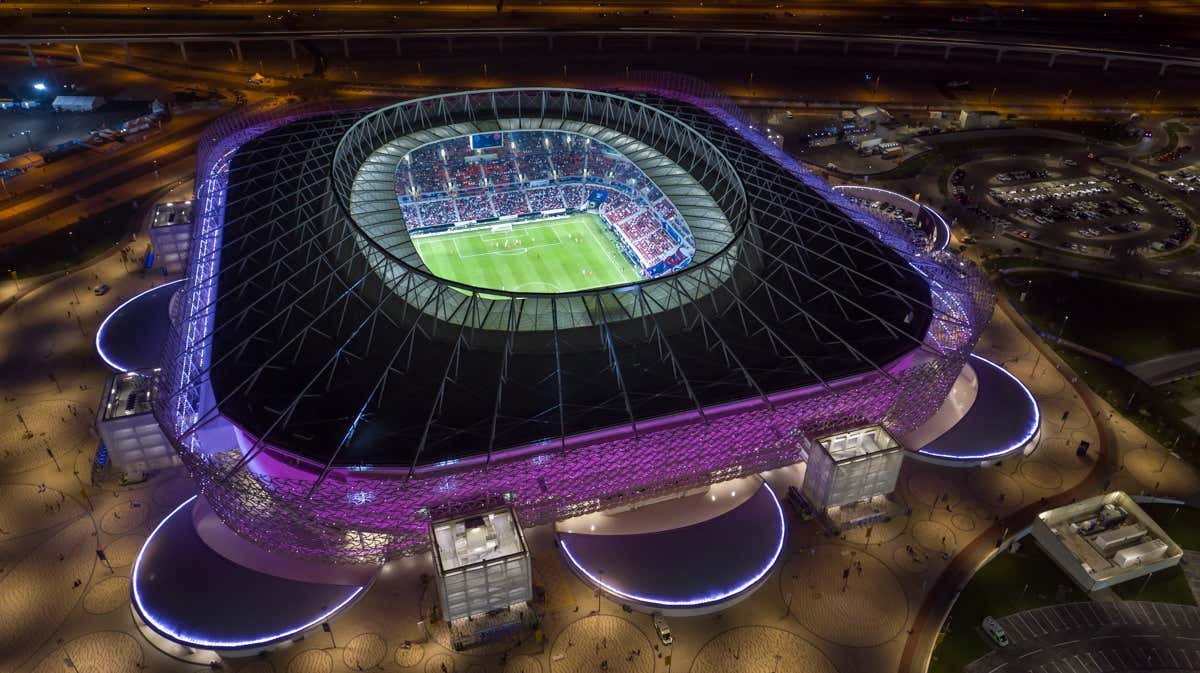 The 40,000 capacity stadium is located in Qatar's Al Rayyan city and is the home ground of Qatar Stars League giants Al Rayyan SC. The stadium was built in 2003 but went for renovation for the 2022 World Cup in 2016. After renovation, it was launched on Qatar's National Day after the 2020 Amir Cup final. The Al Thumama stadium was launched after the 2021 Amir Cup final which was won by Al Sadd who defeated Al Rayyan on penalties.

Designed by Qatari architect Ibrahim M Jaidah, the Al Thumama stadium resembles the 'gahfiya' - the traditional headcap worn by men and boys in the arab world. 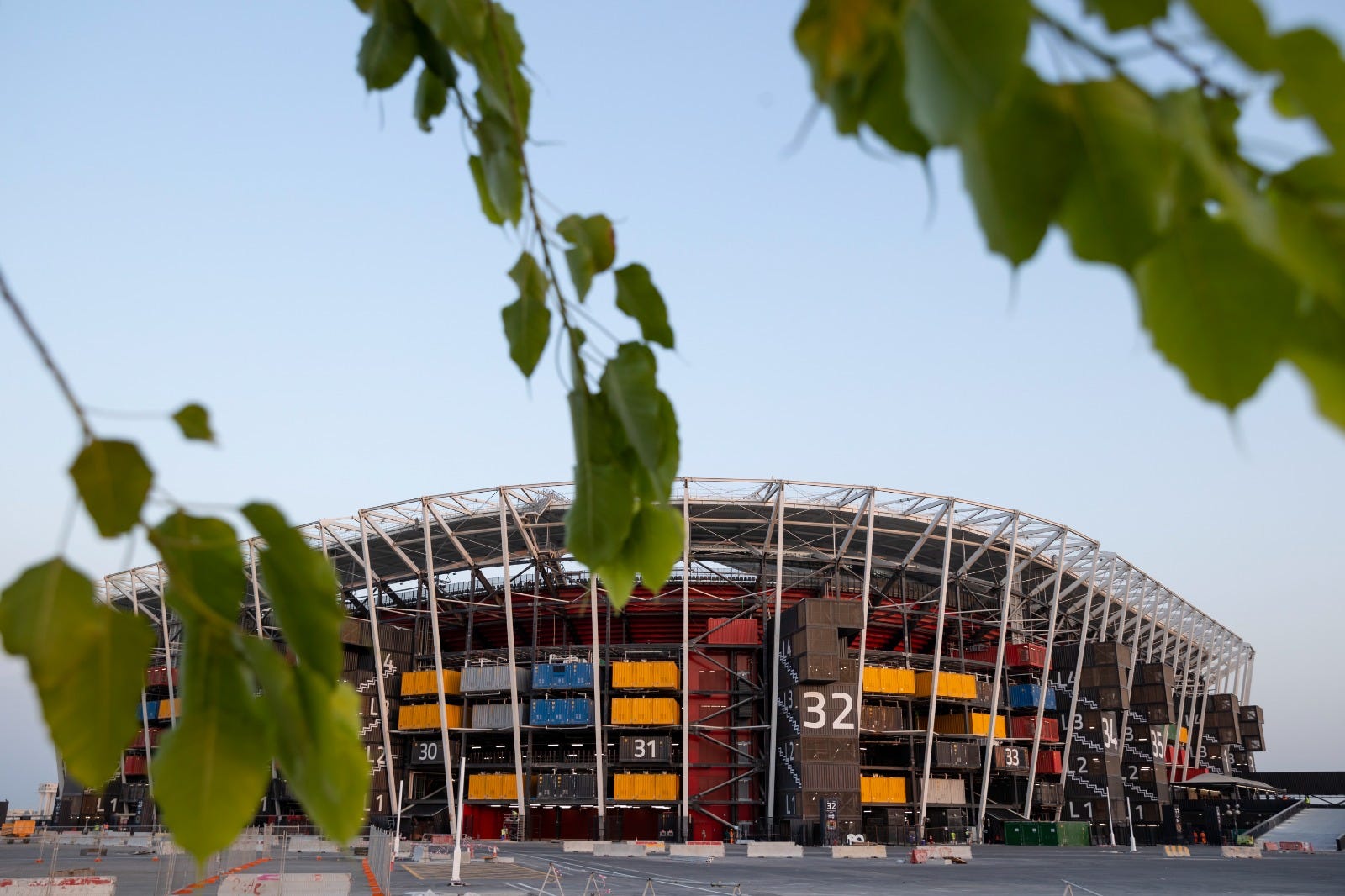 The Stadium 974 was officially unveiled with a special event on November 20, 2021. The modular stadium, built from shipping containers, held its first match on November 30, 2021 on the opening day of the FIFA Arab Cup.

The first-ever fully demountable stadium in World Cup history, Stadium 974 is naturally ventilated and will not need the Advanced Cooling Tech. It will also be dismantled after the World Cup.

The 40000 capacity stadium is scheduled to host to around seven matches during the World Cup, up to the Round of 16 stage. 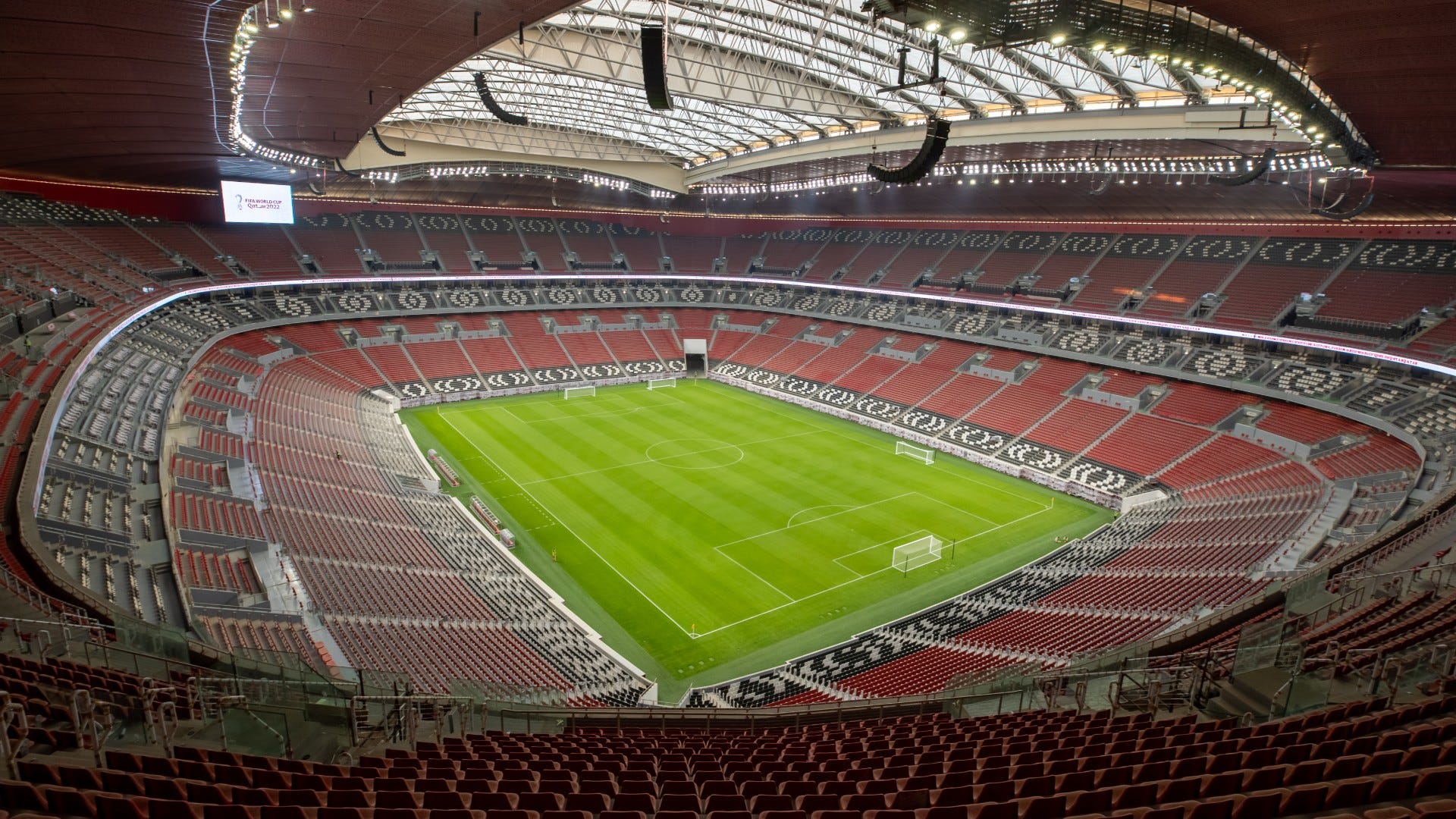 The magnificent Al Bayt Stadium was launched when Qatar faced Bahrain in their opening fixture of the refurbished Arab Cup. The 60000-seater stadium is one of the largest venues for the Arab Cup and will host the tournament for 2022 World Cup next year on November 21. It will host a total of nine World Cup matches next year which makes it one of the more important stadiums in Qatar.

The Influencer Cup is a tournament for content creators from different parts of the world that will take place in Doha, Qatar, on March 28 and 29. The event, which is organized by the Qatar Supreme Committee for Delivery and Legacy, will be contested at the 974 Stadium, one of the eight venues that will be used at the 2022 FIFA World Cup.

The tournament will gather four teams, with more than 25 influencers involved in the action. Content Creators will represent their continents (Europa, Americas, MENA and Asia) in a 5x5 competition spread in two phases: a Round Robin group stage on the first day and Final and Third Place on the second. In both days, games will start at 2pm local time and can be followed on Roadto2022 and GOAL social channels.

The event will also gather Qatar Legacy Ambassadors and other FIFA legends like Cafu, Samuel Eto'o, Tim Cahill, Javier Mascherano, Lothar Matthaus and Marcel Desailly, who will be involved in the activities across both days. Sponsored by Qatar Airways, the Influencer Cup is a rare opportunity to see football content creators from several places to engage with their counterparts using football to connect. Between the participants, high-profile influencers like Billy Wingrove, Sean Garnier, Werevertumorro and Morena Beltran are among the players.