The 29-year-old has his heart set on a return to Camp Nou, but the release clause in his contract could reopen the door for the Gunners to sign him in January

Celta Vigo star Nolito is ignoring interest from Arsenal in favour of a return to Barcelona, according to Sport.

Arsene Wenger is believed to have targeted the Spain international after his tally of eight goals and five assists in only 15 La Liga outings helped propel his side to fifth in the table.

However, Nolito is reportedly ready to snub a move to London in favour of reuniting with Luis Enrique - who coached him at both Barcelona B and Celta - at Camp Nou.

The Catalans are willing to satisfy the demands of their coach for a new backup striker to act behind Lionel Messi, Luis Suarez and Neymar, given both Sandro Ramirez and Munir El Haddadi have proven inadequete this season.

However, Barcelona are rumoured to have baulked at the 29-year-old's €18 million release clause, meaning Arsenal are not yet out of the race to sign the Celta striker.

Barca have to sell before they buy given the wage situation at the club, and so Luis Enrique may be forced to settle for Villarreal's Denis Suarez if Nolito's fee proves prohibitive. 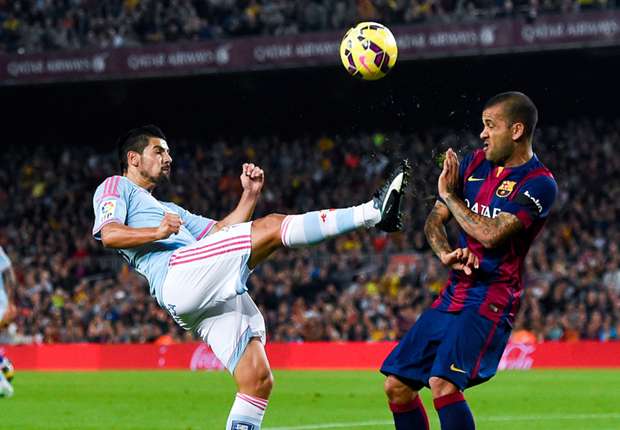