21:51 22/06/2016
Getty
Either side could have taken three points from a match where Antonio Conte rested several key first-teamers, but it was Brady who turned home Wes Hoolahan's cross for victory

Martin O'Neill's side knew it was win or bust in Lille, but it looked like a typically spirited display was not going to be enough until Brady popped up to glance Wes Hoolahan's inch-perfect cross beyond Salvatore Sirigu with five minutes left.

With top spot in the pool already secured and a mouth-watering last-16 tie with Spain on the horizon, Italy boss Antonio Conte made eight alterations to his starting line-up, with the likes of Gianluigi Buffon, Giorgio Chiellini and Antonio Candreva sitting out.

Ireland flew out of the traps in the first half as they attempted to catch Italy's second string cold.

Despite the largely different personnel, Conte's side still performed with their usual defensive diligence and Ireland struggled to create clear-cut opportunities.

O'Neill's team had every right to feel aggrieved for not being awarded a penalty on the stroke of half-time when Federico Bernardeschi barged into James McClean, and Hoolahan should have put them in front when he shot straight at Sirigu from 10 yards.

However, the Norwich City man went from villain to hero, as he sent in a wonderful inswinging delivery for Brady to seal a last-16 meeting with hosts France.

It was rich reward for an Ireland side that looked determined not to be left wondering and quickly went about putting Italy on the back foot. Jeff Hendrick went close in the 10th minute when he dipped inside Thiago Motta and rifled a left-footed strike just wide of the post from 20 yards. 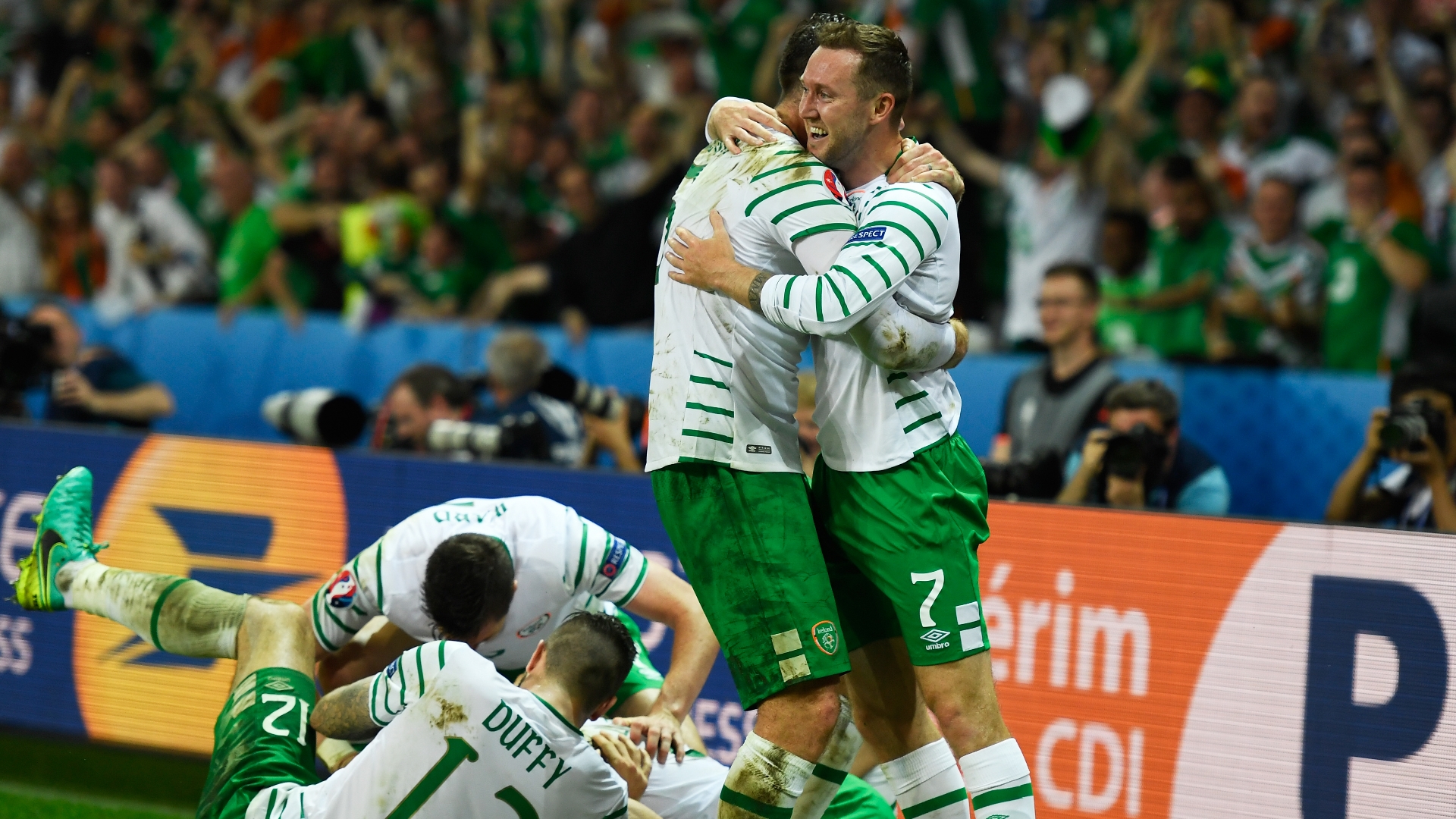 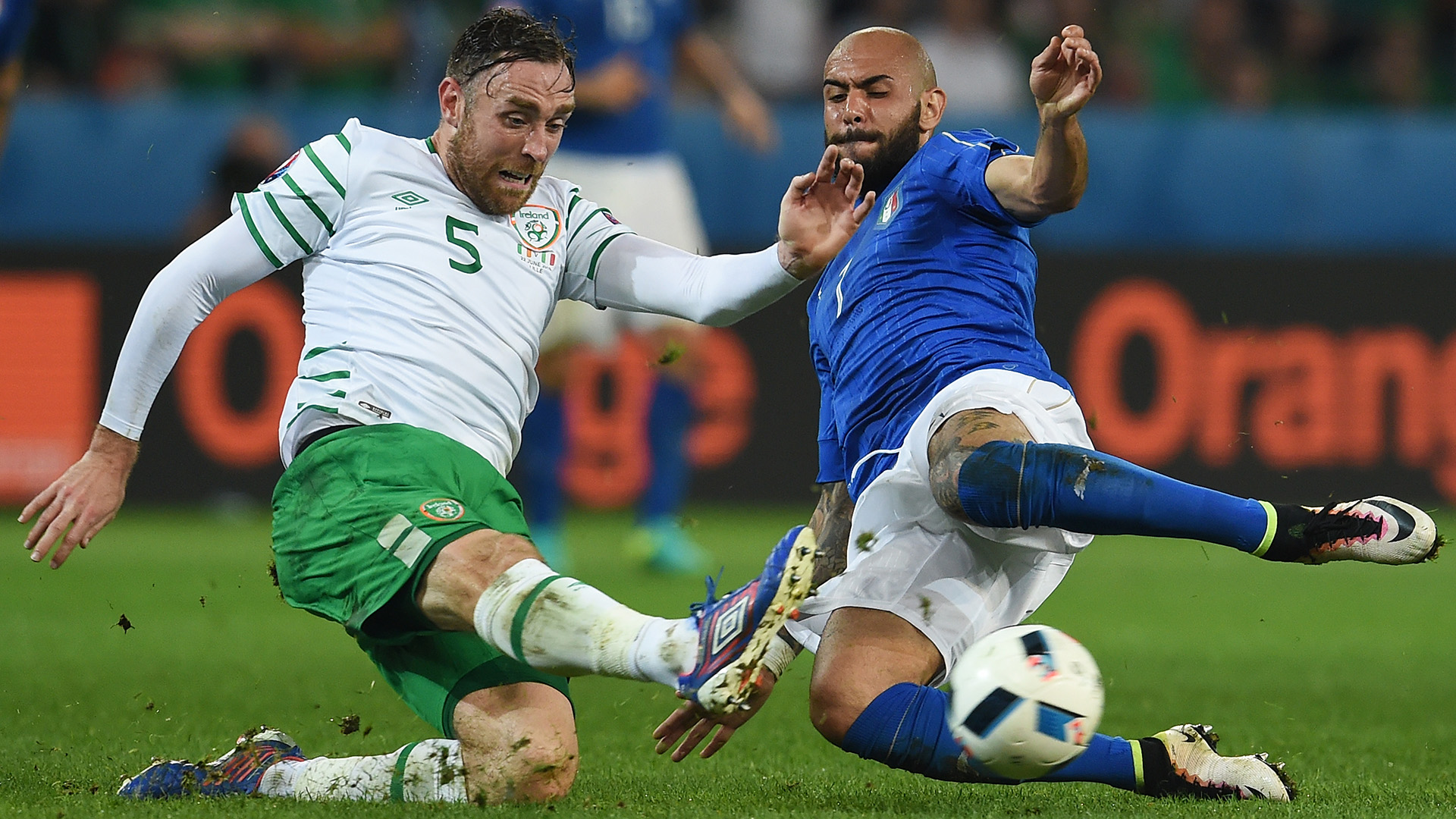 Daryl Murphy was next to go close as he glanced Brady's excellent outswinging corner goalwards, only to be denied by Buffon's deputy Sirigu.

Italy were struggling to cope with the Ireland's intensity, but Ciro Immobile had Darren Randolph scrambling across his goal when he shot just wide from the edge of the area.

Ireland then thought they should have had a penalty when McClean went down under a clumsy challenge from Bernardeschi, but referee Ovidiu Hategan waved away their appeals and, with that, an entertaining first half came to an end.

The Azzurri started the second half on the front foot and Simone Zaza flashed a left-footed volley narrowly over the bar from Mattia De Sciglio's cross shortly after the restart.

Hendrick again shot wide from range as Ireland's application threatened to turn to desperation around the hour mark.

Conte introduced Lorenzo Insigne for Immobile with a quarter of an hour remaining and the Napoli man almost dealt the fatal blow to Ireland's fading hopes when he hit the woodwork from 20 yards.

But there was late drama to come, as first Hoolahan scuffed a weak effort into the grateful arms of Sirigu, before then producing a cross of outstanding quality for Brady to convert and spark wild scenes of celebration among the vast swathes of green-clad Ireland fans in the Stade Pierre-Mauroy.

The Academic pay tribute to Brady

Coleman left in awe of Duffy