Bees supporters have adopted the song as one of their own, with the tune now gracing a Premier League stage

Brentford returned to the big time in 2021-22 for the first time in 74 years, with the Bees bringing a famous tune with them to the Premier League that they have adopted as one of their own. Said song is ‘Hey Jude’ by The Beatles, which can be heard ringing out on the terraces whenever Thomas Frank’s side are in action.

It has been given plenty of air time since the club marked their return to the top tier with a memorable 2-0 victory over Arsenal, but why is an anthem from an iconic Merseyside band associated with the Bees and how can you get involved the next time that there is cause for celebration? GOAL takes a look…

Hey Jude has formed part of pre and post-match signing sessions at Brentford for longer than many care to remember, with the club getting their first feel for the song back in the 1970s.

It has been part of the fabric in west London ever since, with former stadium announcer Peter Gilham the man that unwittingly started a long-running trend.

He told The Athletic when asked how a Beatles track became engrained in Bees folklore: “Hey Jude came out in 1968. In 1969, it was my first year on radio. In those days, I would sit in a box at the back of the stand (at Griffin Park), make an announcement and put the music on as well.

“During the 1970s, there was a group of us who would socialise and go to home and away games. One of them was a girl called Judy Kaufman. Judy was known as Jude and therefore I used to play the song for her.

“It’s just been adopted by Brentford fans listening to it and it evolved pretty quickly. It was an innocent start — it wasn’t launched to become a Brentford anthem!” 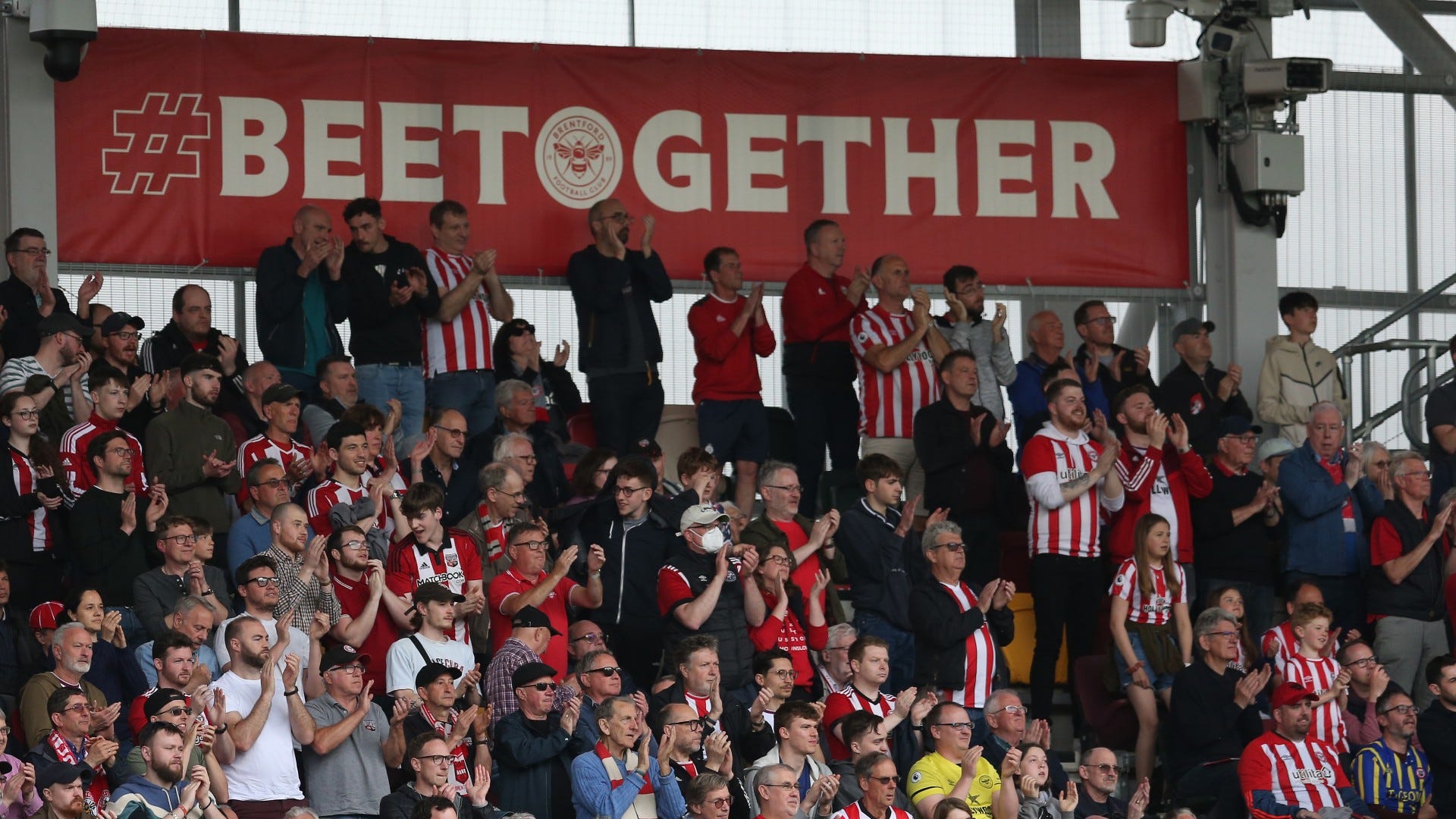 What are the lyrics to Brentford’s version of Hey Jude?

The Bees’ version of the song replaces the song’s title with “Brentford”, with the lyrics going:

Take a sad song and make it better,

Remember to let her into your heart

Bees supporters have not always had the grandest of stages on which to showcase their vocal ability, but the club now calls the 17,250-seater Brentford Community Stadium home.

They toasted a League Two title triumph in 2009, promotion out of the third tier in 2014 and a Championship play-off final victory in 2020-21, before then beginning life back among the elite with a thrilling display on home soil against Arsenal.