Euro 2016
Tom Maston
11:07 16/05/2016 Comments()
Getty
The initial 26-man Three Lions squad has been announced ahead of the summer's European Championships, with Rashford and Townsend being included

Marcus Rashford has been included in Roy Hodgson's provisional England squad for Euro 2016.

Following the conclusion of the Premier League, the Three Lions will begin preparations for the summer tournament in France, where they will face Russia, Wales and Slovakia in Group B.

And Hodgson has added some youth to his squad with the 18-year-old striker being included after enjoying an impressive rise since his emergence in the Manchester United first team, scoring seven goals in 16 games in his maiden season at Old Trafford.

Arsenal midfielder Jack Wilshere has also been included despite making just three Premier League appearances for Arsenal this season, clocking up 141 minutes of first-team football since his recovery from a long-term injury. 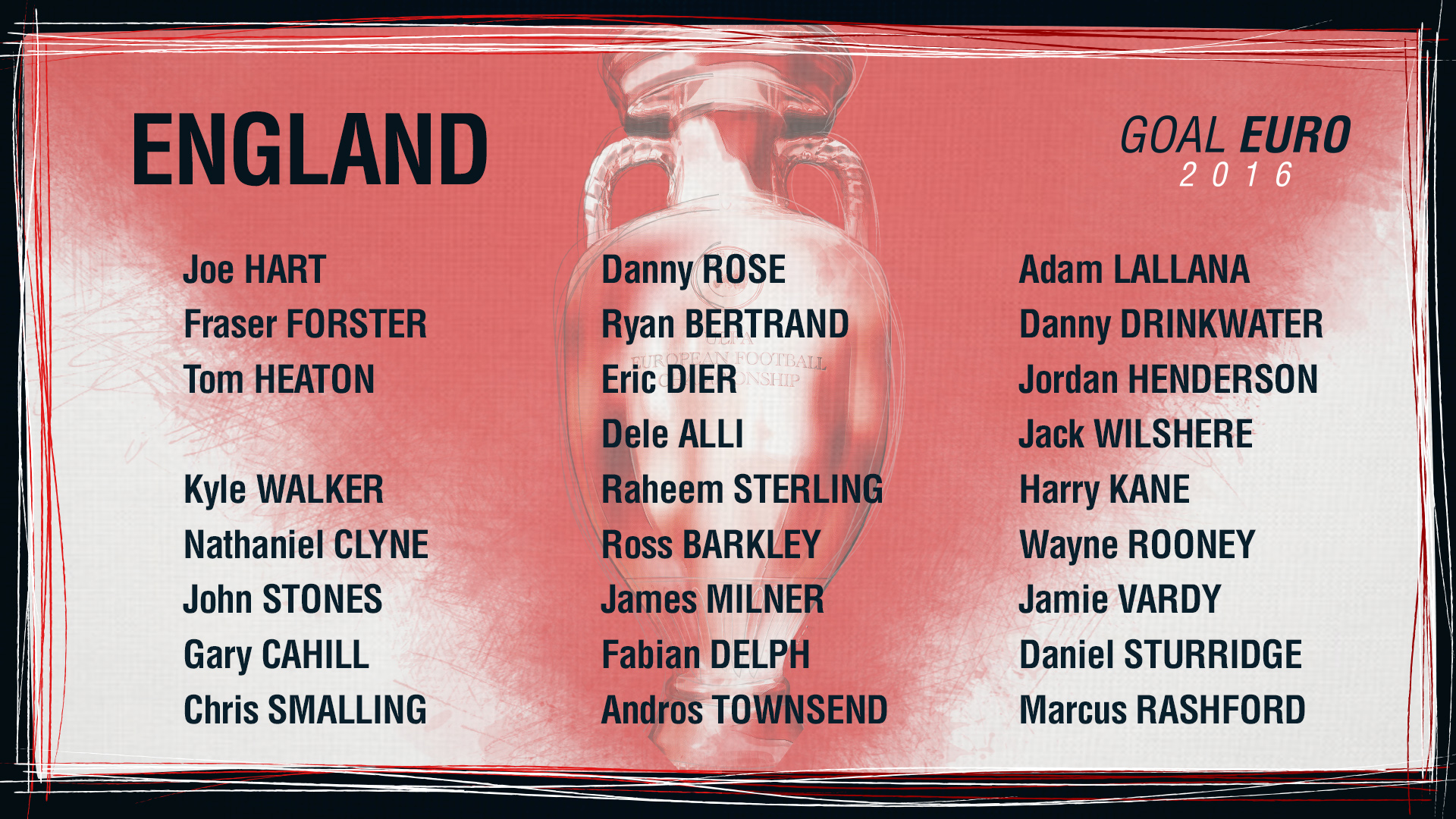 Manchester City's Fabian Delph has been given a spot in the provisional selection after starting eight games in the English top flight since his move from Aston Villa.

Danny Drinkwater is the second member of this season's Premier League champions, Leicester, to make the party.

Most players will meet up at St. George’s Park on May 18, to begin their preparations for the tournament. England face Turkey in a friendly on May 22, before taking on Australia on May 29, and Portugal visit Wembley on June 2.

Hodgson will have to cut his group down to a 23-man squad in early June.