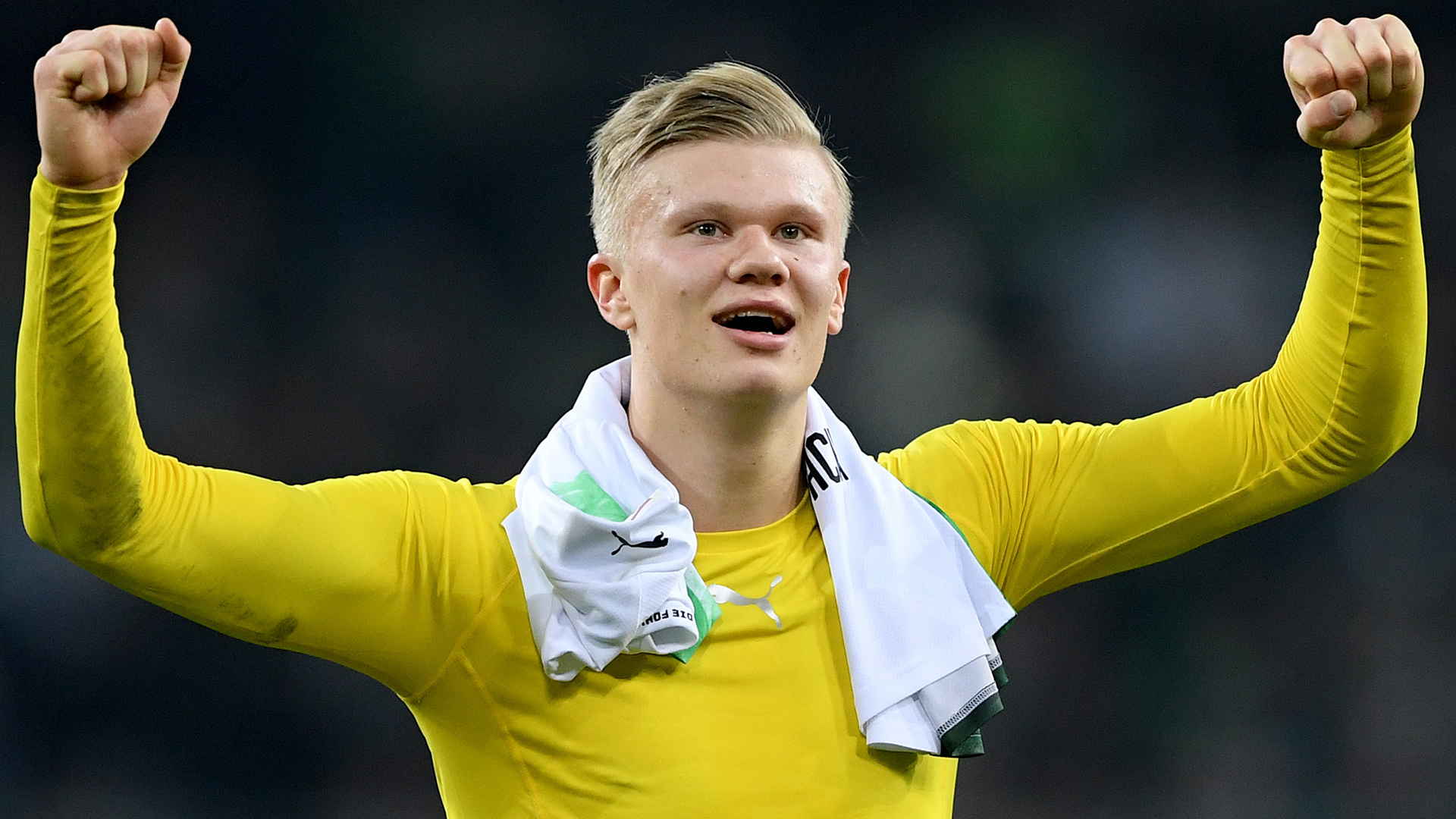 Borussia Dortmund star Erling Haaland has revealed an unusual gastronomic delicacy that is helping him cope with the effects of the coronavirus lockdown.

The pandemic interrupted an incredible start to life in Germany for the teenager, who hit the ground running after swapping RB Salzburg for BVB in January.

Haaland hit 12 goals in his first 11 games, a run which saw Dortmund rocket up the Bundesliga standings and push Paris Saint-Germain all the way in the Champions League last 16 prior to football coming to a halt in March.

Such an extended period of time confined indoors is not easy for anyone, but the teenager is trying to make lockdown as bearable as possible with a few key ingredients.

"I coach and meditate a lot, and play FIFA with the guys," Haaland told Dortmund's official website when asked how he was passing time during the restrictions.

"My favourite food is kebab pizza."

The Norwegian's amazing ability in front of goal has made him an instant favourite with Dortmund fans, and he admits he still cannot quite believe it when he hears a packed Signal Iduna Park chanting his name.

"Honestly speaking, it's been one of the best moments of my entire life to date. Whenever it happens, it's simply unbelievable and indescribable," he added.

"Seeing the Wall and all those fans is simply amazing. It's one of the best feelings that you can have."

Asked who his idols were growing up, Haaland singled out Cristiano Ronaldo and Zlatan Ibrahimovic, while stating that Thomas Delaney was his best friend in the Dortmund dressing room: "We speak almost the same language, I can speak Norwegian with him. That's why it's Thomas."

And he also had a message for kids who might now be looking to follow in his footsteps.

"Always stay hungry. Always be on the lookout for goals and balls," he explained.

Dortmund currently sit in second place in the Bundesliga, four points behind leaders and reigning champions Bayern Munich, with the German top-flight hoping to restart in early May.