Is this a question worth asking owing to the Arsenal academy graduate’s elevated status on Merseyside?

It was striking to see Jay-Jay Okocha at Everton’s encounter with Manchester United on Sunday night.

Inevitably, it did not take long for commentators to bring up the Bolton Wanderers legend’s link with Toffees midfielder Alex Iwobi. The Nigeria icon is the uncle of the Arsenal academy graduate, a relationship that prompted pressure even before Iwobi made his Premier League debut at Arsenal.

In a sense, that has weighed heavily on the Super Eagle for club and country, with observers keen to see the 26-year-old achieve a great deal on the pitch.

That pressure arguably doubles whenever Iwobi represents the national team, although the sporadic nature of national team football means their respective achievements in the green jersey are seldom compared. 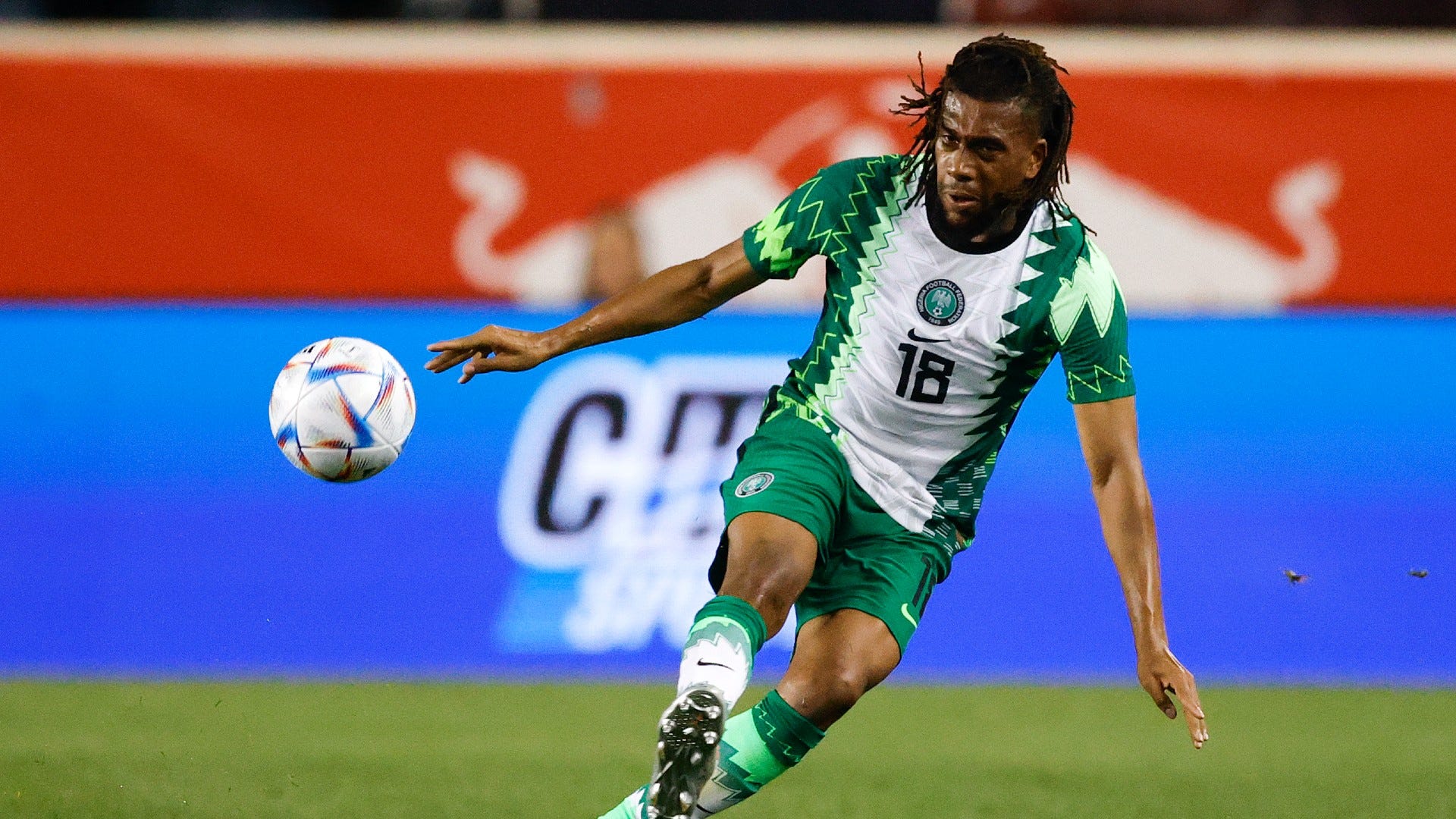 Nevertheless, Sunday night’s performance led to whispered comparisons, after the Everton man netted amazingly from outside the box for the first time in his Premier League career to open his league account in 2022-23.

Iwobi has now scored or assisted in his last three league appearances for the Toffees, probably unsustainable but added validation to the midfielder’s all-round improvement since Lampard took the reins in February.

Initially moved around as the Chelsea icon altered his approach in the battle to beat the drop, the Nigeria international thrived in central midfield, right wing-back and even at right-back. This was not lost on Lampard, who has never shied away from praising the ex-Arsenal man’s work ethic.

“Since I’ve been here, he hasn’t changed. He has been a fantastic player for me in whatever position I played him in last year,” the Everton boss said before the 1-1 draw with Manchester United.

“In the summer, I gave pause for thought and how we construct the team as you move forward, and I wanted to move Alex into a more central position regularly - to finish the season he was a wingback at times - because I just felt it would really suit his attributes.” 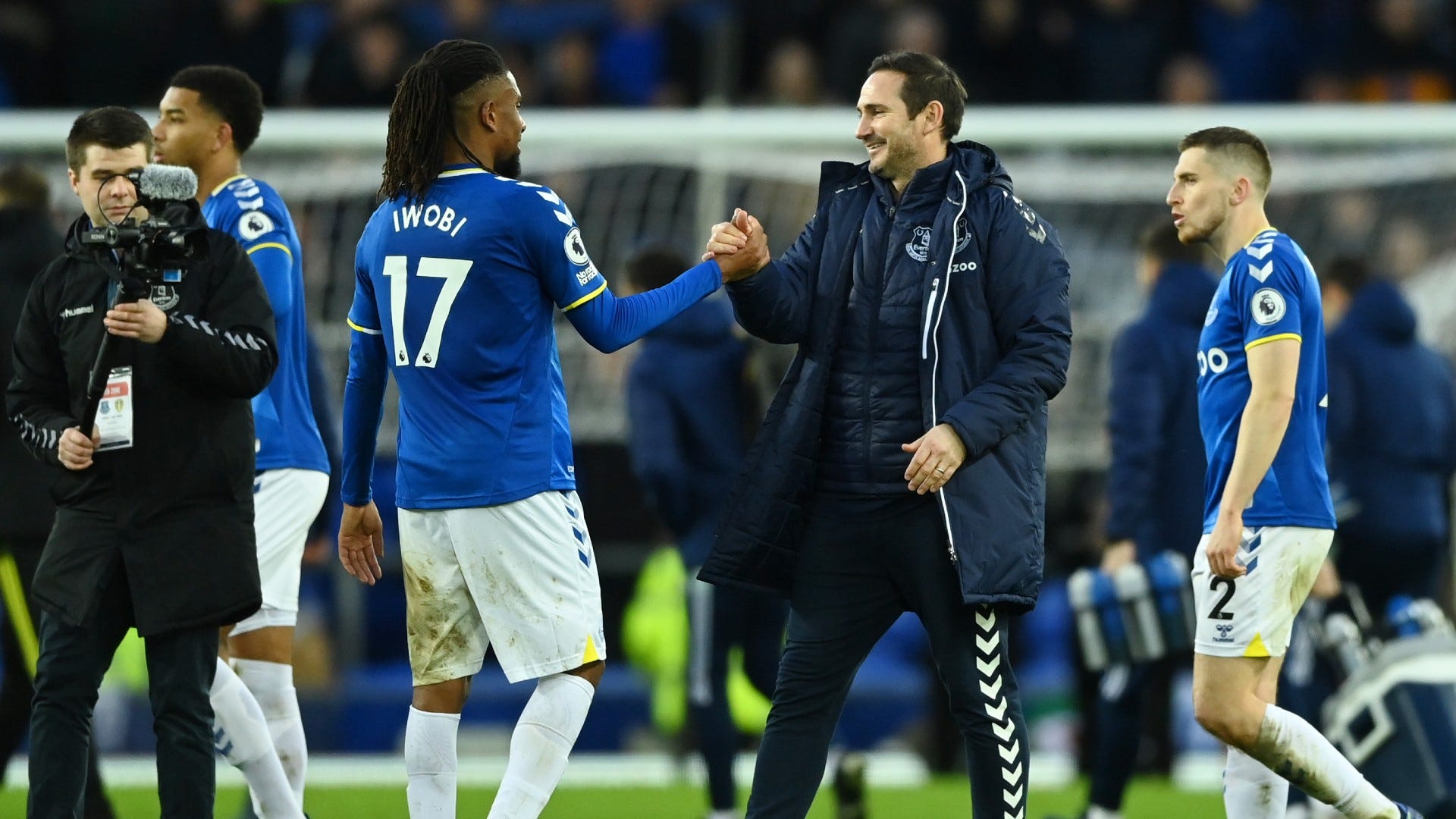 So, has Iwobi done enough to outdo Okocha’s Premier League legacy? The short answer is no.

The ex-Arsenal man’s sum total of efforts in the English top flight surely does not outweigh Jay-Jay helping to steer Bolton away from relegation in that 2002-03 campaign — netting four of his seven league goals in the final nine league matches — eighth place in the following season (their highest league placement in Premier League history at the time), and sixth spot the next year which saw the Trotters play European football for the first time in their history.

They ended that 2005-06 season in eighth despite Uefa Cup exertions and reached the last 32 before suffering elimination at the hands of Olympique Marseille. 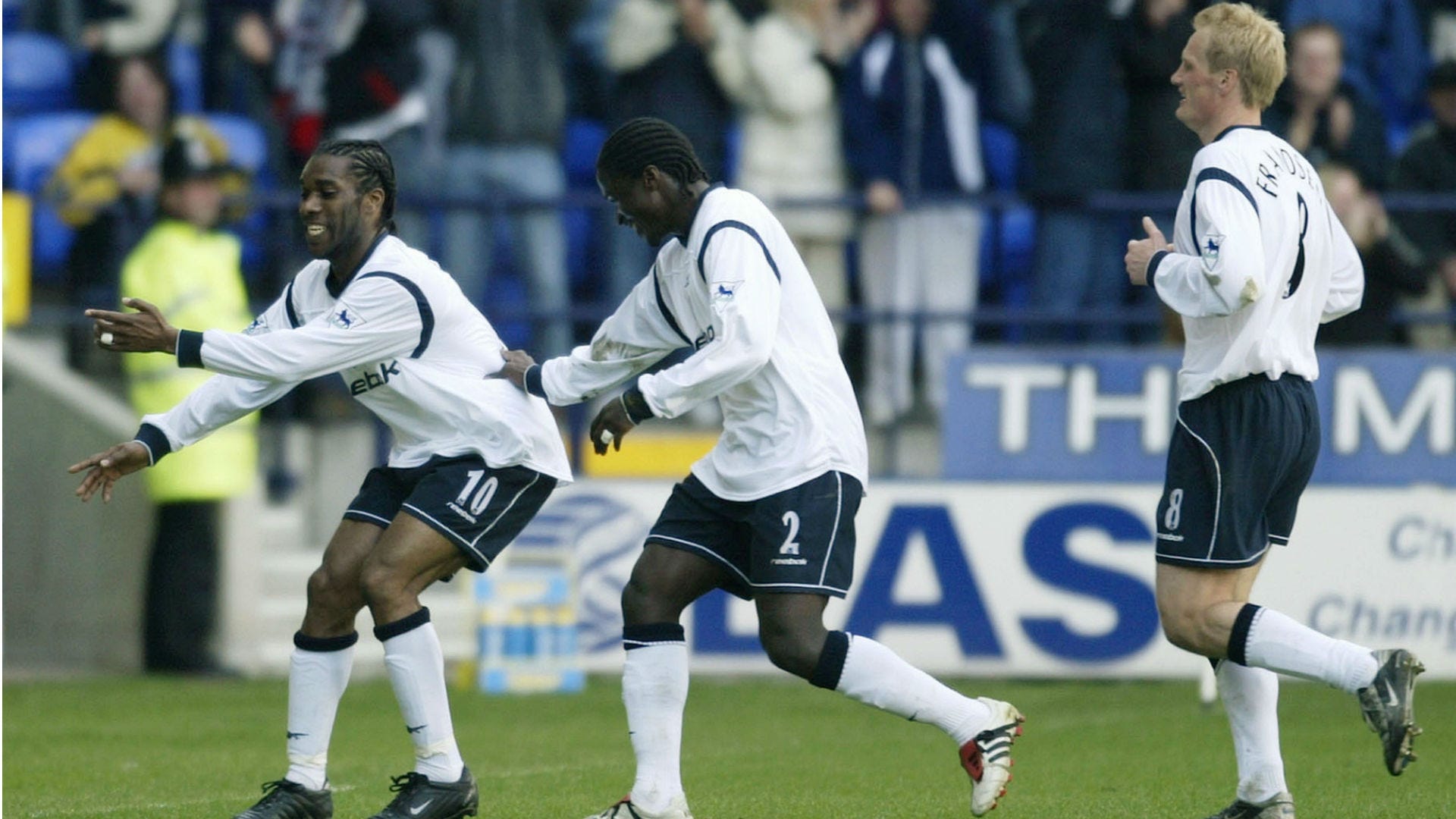 Okocha also had the honour of leading Bolton out in their first final in nine years against Middlesbrough in 2004, which ultimately ended in disappointment.

For a side that was not established in the Premier League and punching above its weight for the majority of that period, the heights Bolton reached in that time were astonishing for a side that ended below 15th in their first four seasons in the big time—20th, 17th, 16th and 17th in 1995-96, 97-98, 01-02 and 02-03, respectively.

Iwobi’s impact in the Premier League has mostly been in a supporting role at Arsenal and Everton, which pales in comparison to Jay-Jay, who was a protagonist through the Trotters’ heyday in four years. 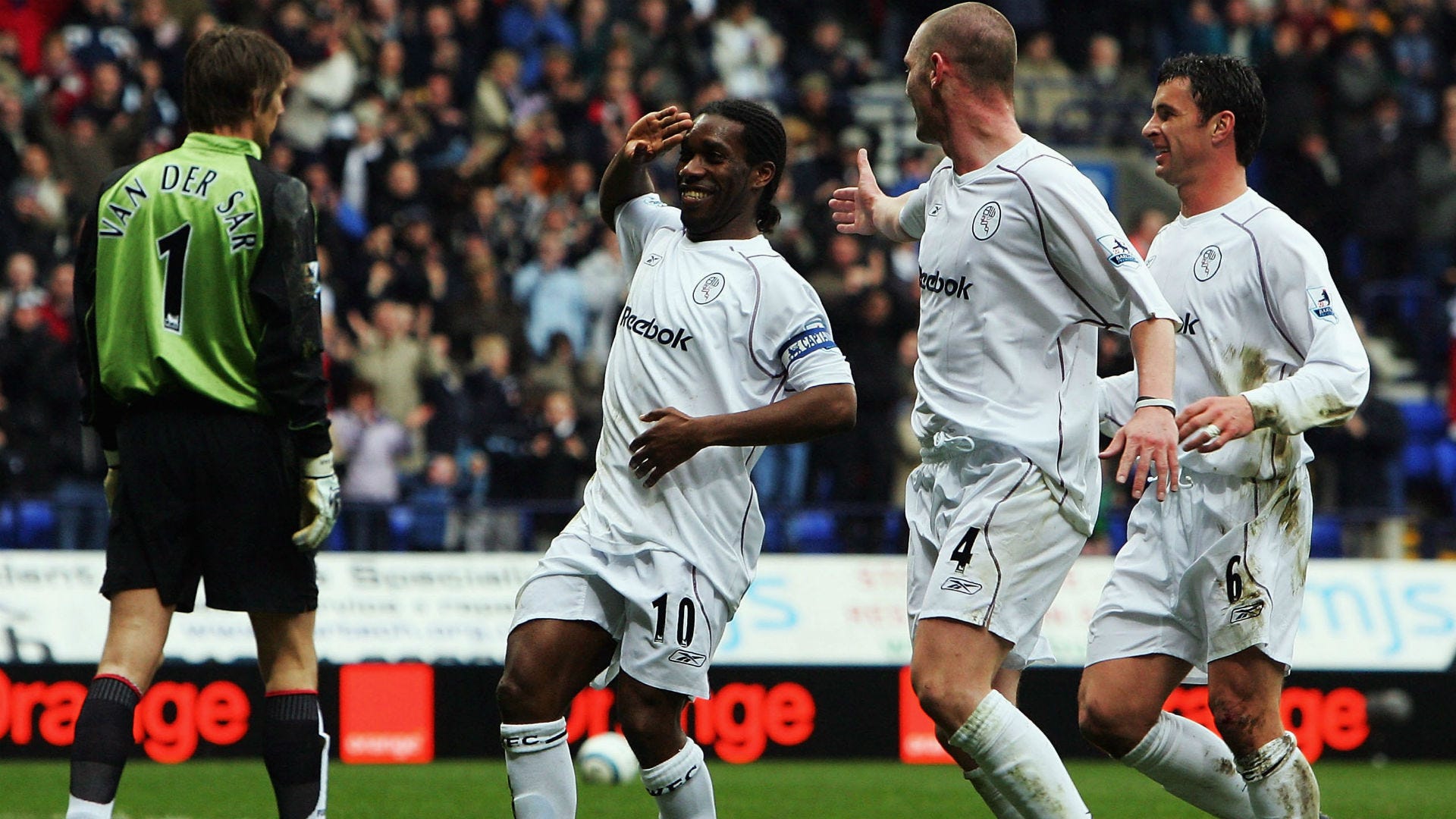 Nevertheless, the Everton man has now assumed a greater role on Merseyside, and it remains to be seen how long this changed status lasts.

He does not match Okocha’s Premier League achievements, but the ex-Arsenal man’s attributes, tactical flexibility, tenacity and on-field intelligence suggest he is more rounded than his uncle ever was.

That assertion is likely to be met with pushback, owing to supporters’ admiration of the ex-Bolton captain. Admittedly, both featured in different eras, with the 1990s and early 2000s recognising and harnessing the strengths of number 10s, a luxury modern football does not afford to playmakers.

Nevertheless, it was ultimately a tough ask fitting Okocha into a cohesive tactical setup owing to his free-spirited manner when he got on the pitch. Iwobi could not be more different. 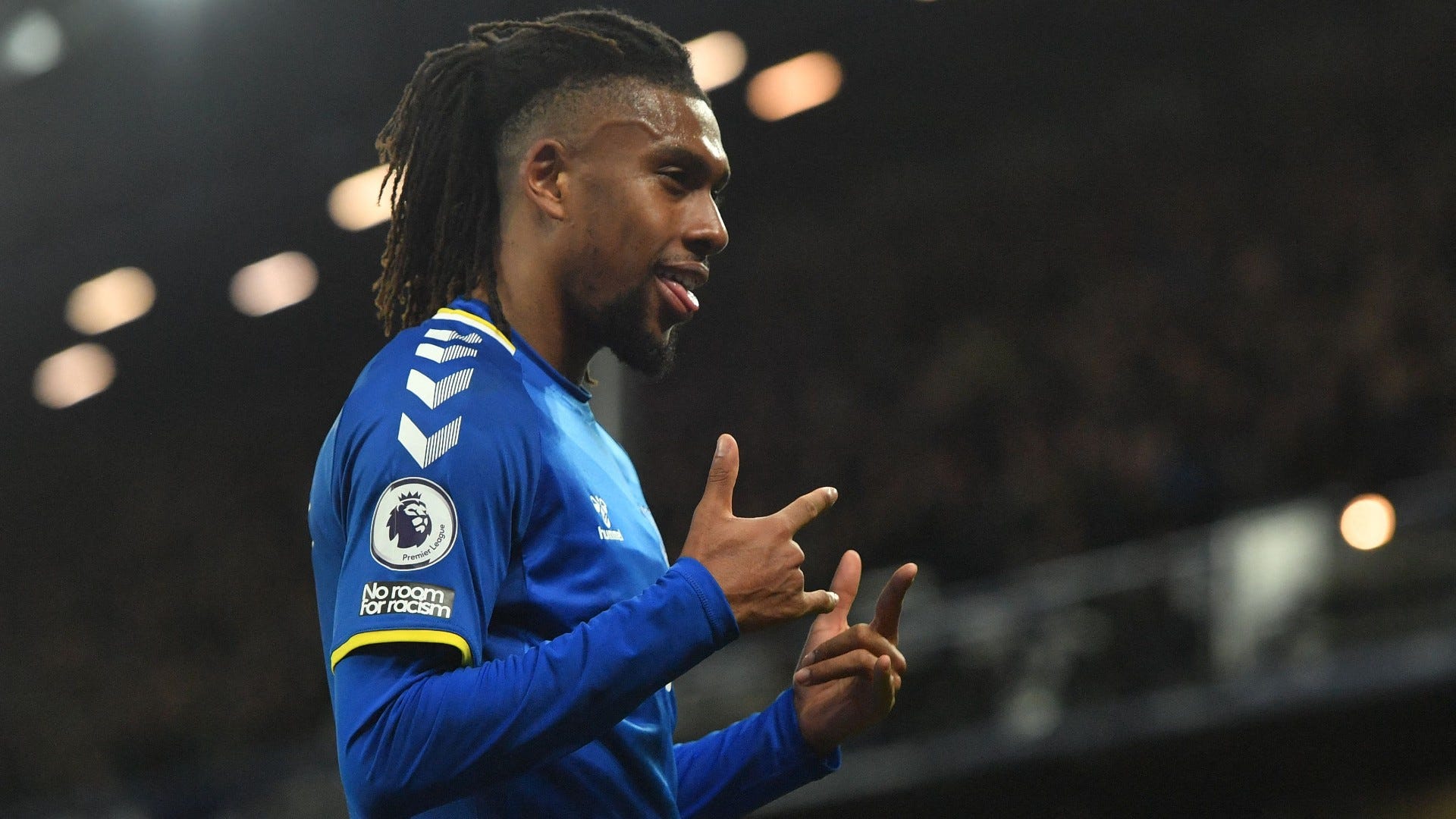 “It’s great to see him playing to his potential,” Jay-Jay said on Everton Live.

“We all knew that he’s got something special, but it’s taken him a little while to settle down and I also think playing under a great manager, who really wants to improve his game and has been playing him in his right position has made a big difference.”

Iwobi has received an undoubted seal of approval from his vaunted uncle, but most now do something special with Everton or elsewhere in the Premier League to surpass Jay-Jay’s legacy.