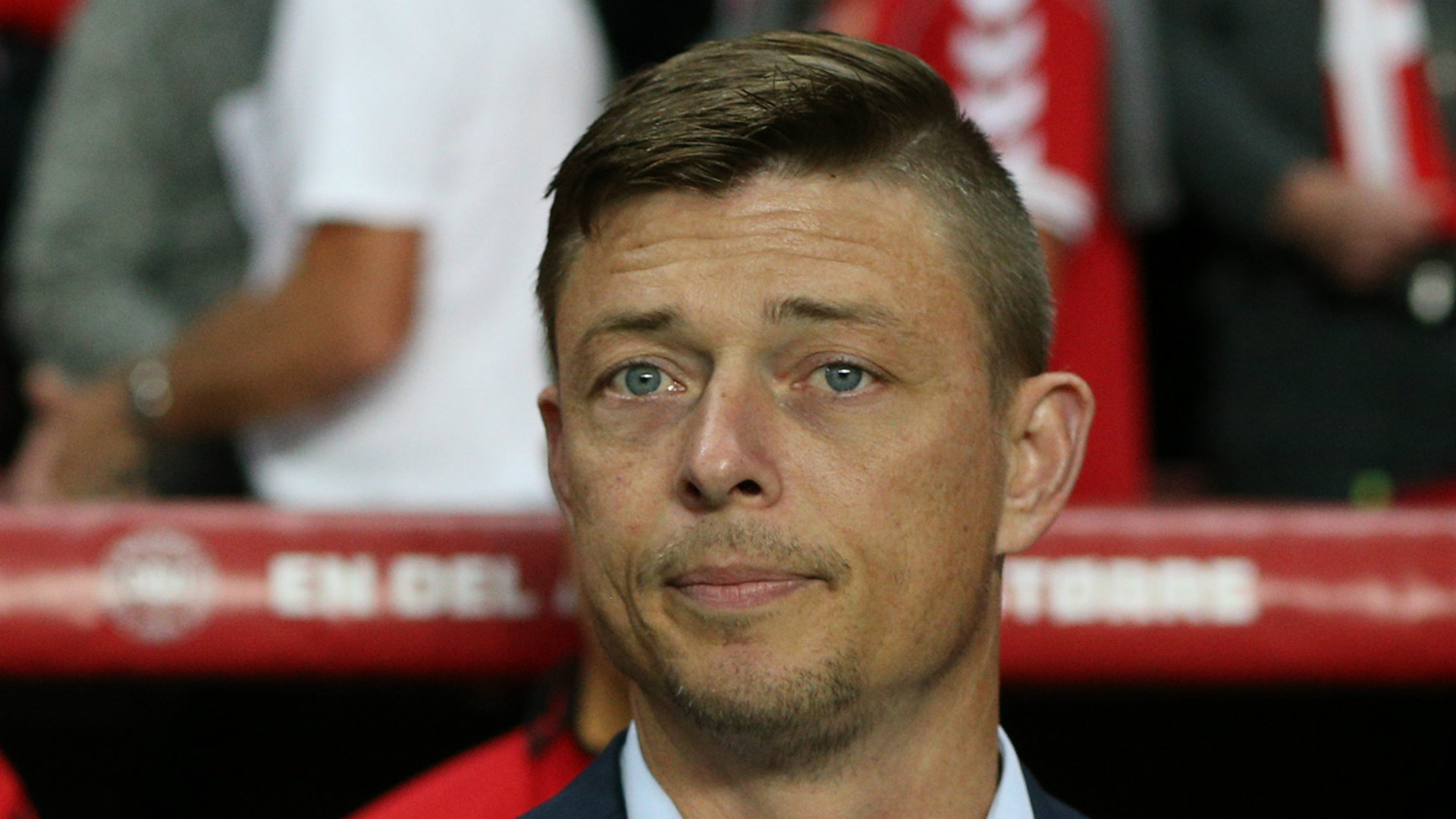 Former Newcastle United and AC Milan star Jon Dahl Tomasson is embarking on a new adventure as head coach of Malmo and he says that he has drawn influence from all the great managers in his career, including the likes of Carlo Ancelotti and Manuel Pellegrini.

The former Denmark international enjoyed a storied career, in which he was a Champions League winner with Milan in 2003, man of the match in Feyenoord’s 2-1 UEFA Cup final triumph, his country’s record goal scorer, and a league winner in Italy, Germany and the Netherlands.

He also had a brief spell with Newcastle in the Premier League, which added to his broad football education.

In the early days of his new job in Sweden, he is confident that this background playing at the top level around the continent will help him to become a success.

“I see myself as a product of top international football since this is where I have spent my life since I was 18,” he told Goal . “I have been influenced particularly by the Dutch school of football, but I have also been inspired by my career in England, Italy, Spain and Germany.

“Experiencing different styles of football and culture surely develops a person. Some of the most important managers for me in my playing career have been the likes of Carlo Ancelotti, Manuel Pellegrini, Leo Beenhakker, Morten Olsen and Bert van Marwijk. All of them are top coaches.

“In England I had Kenny Dalglish as manager, and he was a gentleman, no doubt. He kept his word to the players, and always behaved very correctly to anyone. In that way, I probably took some of his behaviour as a manager with me.

“It is exactly like shaping yourself as a person in life in general. It is all about picking up bits and pieces from the great personalities that you have worked with, and then fit it into your own style. But the most important thing as a manager or head coach is to be yourself with the players. And to never stop the desire to develop yourself.”

Tomasson admits that his time in England was tricky, though it was not helped by circumstances that forced him to play as a No.9, when he typically preferred a role behind the centre-forward.

“It was not an easy season for Dalglish, for the club or for me personally,” he confessed. “I arrived in Newcastle to form a partnership with Alan Shearer, and then Shearer was seriously injured. I was young and inexperienced, and I had to play out of position to fill the void after one of the best strikers in the world was injured. But it was still a great experience to have also played in the Premier League.”

The 43-year-old does not go into the Malmo job a coaching rookie. He has worked with Excelsior and Roda as head coach in brief spells, while in the last four years he has been assistant in the Denmark set up to Aage Hareide, helping his nation qualify for the World Cup and the Euros.

“The transition from player to coach has been a natural process for me,” he said. “I am the same person now as a head coach as I was in my playing days.

“I have always been a very focused and ambitious person, but now in a more mature version with a lot of experiences in my luggage from the biggest leagues in the world. I love to work hard and I love to take responsibility.

“Football has always been like a lifelong education for me; you can always improve.

“In my playing career it was always about developing myself, about optimising everything around me to be able to deliver my very best. Now obviously I have another responsibility for an entire organisation, but it’s a natural development.

“I have always enjoyed responsibility, and even in the early days of my career as a player, the managers in my clubs would give me some extra responsibility, just like I was captain of the Danish national team.

“Now I am in the early days of my coaching career but still I have coached a couple of clubs in Holland, been the assistant for Denmark and now I am back to being head coach.”

He admits leaving the national team was tough, but he felt it was time to go it alone once more given the opportunity at a club that played in the 1979 European Cup final.

“Sure it was difficult to leave the Danish national team because we have achieved a lot of great results together - and as a part of the coaching team I have taken part in qualifying Denmark for the World Cup in Russia and now the Euros,” he said. “It has been an amazing ride with a lot of success together as a group, and we have been unbeaten for three years, only losing in the World Cup knockout phase on penalties to Croatia, which was disappointing for us. But when Malmo came to me, I felt that it was the right time for me to become a head coach again.

“This is one of the biggest coaching jobs in Scandinavia in a club with an international profile and great ambitions and therefore a nice amount of pressure, and that suits me perfectly as a person.

“So I have just started in Malmo with ambitions of doing well in the Europa League and winning the Swedish championship this season. I love that in a club: big ambitions and everybody being willing to work hard to achieve your goals.”

In terms of style, he wants to see his team play fluid offensive football, but offer a solid defensive foundation, too.

“I really don’t talk about systems, numbers and formations,” he said. “My philosophy is much more about the principles of how to play my way of football. Of course, when you get back into the deep defensive organisation, then obviously a formation is clearer, but as soon as your team gets the ball, it changes.

“We must strive to always be dominant, with or without the ball. When we lose the ball, we must win it back quickly.

“I want my players to be able to take quick decisions out there on the pitch based on what we have trained. And I want to see my team being dynamic and quick, playing fast forward - because I believe that this is a good way of getting results, but it is also good to watch for the supporters who come to the stadium to enjoy exciting, entertaining football.”

And with just one competitive game under his belt for his new club – an 8-0 Swedish Cup win over third-tier Syrianska – he believes that upsetting Wolfsburg in the Europa League is a possibility.

“Obviously we are underdogs, and they are favourites, but we still have a chance, and we will work hard and give everything to take that chance,” he said. “We have to be clinical and in the first leg away we must remember that it’s a game over two halves and 180 minutes, so we have to make sure to stay in the game.

“We have a great deal of respect for Wolfsburg - they play in a very competitive league, their budget is from another world compared to ours, and their players much more expensive, but out there on the pitch we are 11 versus 11, and we will come with everything we have.

“It is extremely early in the season for us, and they are right there in the middle of theirs, but we must find strength and joy by being back on green grass in a competitive match - and I hope that it will give us wings and at least one extra gear.”