Buyer beware! Why wonderkid Camavinga might not be a €35m bargain 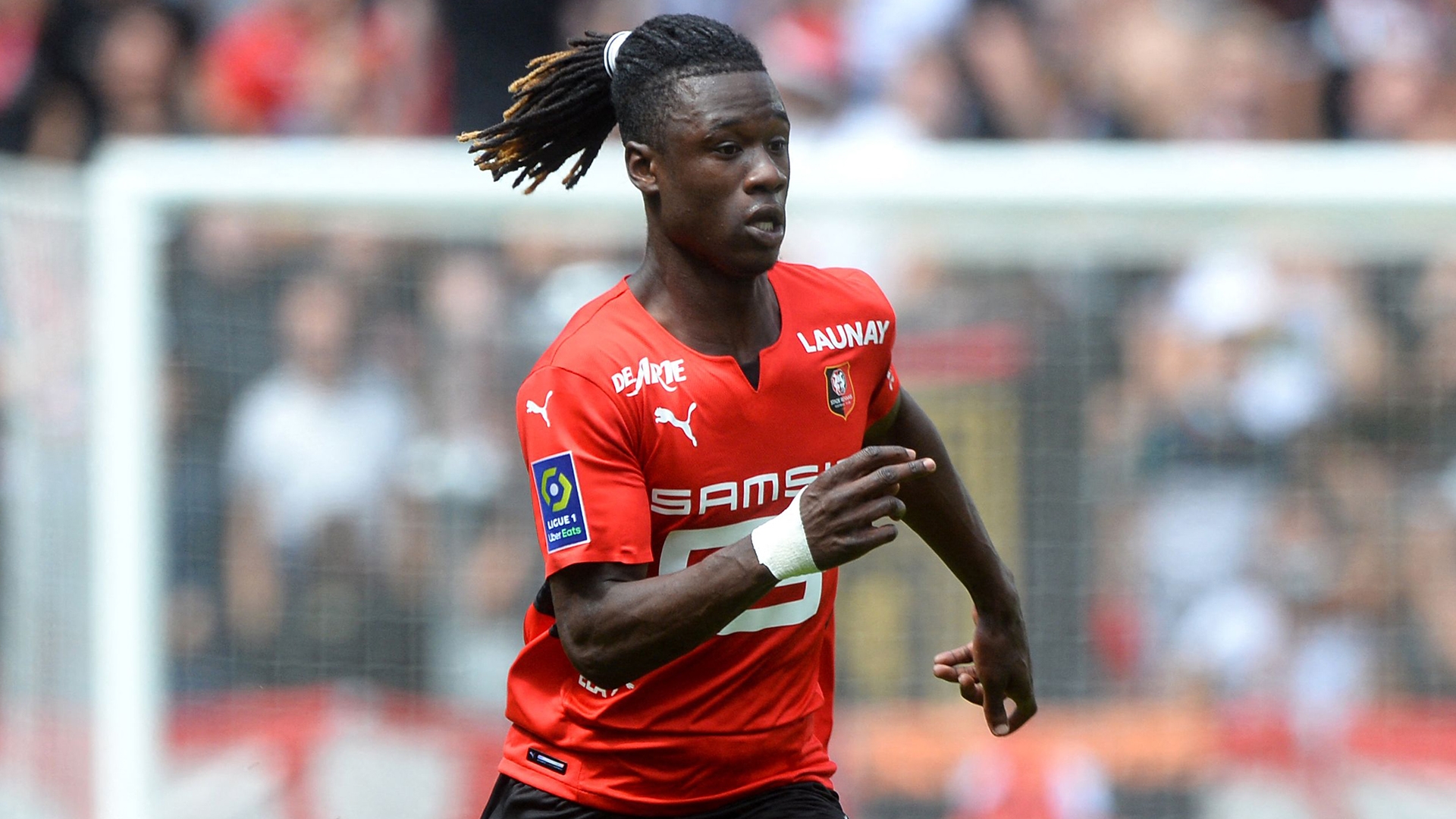 Barely a year ago, Eduardo Camavinga was one of the hottest properties in world football, but now Rennes are struggling to sell

As Rennes worked their way into the Europa Conference League on Thursday thanks to a 3-1 win over Rosenborg in Norway, Eduardo Camavinga watched on from the bench.

It has become a strangely familiar role for the 18-year-old in the early weeks of the 2021-22 season. After playing 65 minutes of the opening game of the season against Lens, he has managed barely an hour on the field in his side’s four subsequent matches.

This is a far cry from the player who became France’s third-youngest player and second-youngest scorer barely 12 months ago, at a time when he was being touted for a move for a fee upwards of €100 million (£86m/$117m).

Now, he finds himself in a state of limbo. Rennes have kept a firm line throughout this transfer window that he will either sign a new deal – his contract expires in 2022 – or be sold. So far, neither has happened.

“I can’t say today that he’s one of my leaders when he could leave in a week or 10 days, so the situation is complicated for him,” head coach Bruno Genesio admitted on the eve of Rennes’ Ligue 1 opener.

“It is inconceivable to lose Eduardo Camavinga for nothing at the end of the season. He’s done amazing things.

"He went to the France team thanks to his talent and his work, but also thanks to the quality of training he was given with Rennes, thanks to the coaches who gave him his debut and thanks to the club that trusted him and gave him the means to flourish.”

The most notable movement in Camavinga’s world over the course of recent months has been the dramatic slashing of his price tag. It now looks likely that Rennes would accept a figure around the €35m (£30m/$42m) mark for the prodigious young midfielder – perhaps even less.

While they have undoubtedly been victims of the transfer market deflating due to the financial pressures brought upon many clubs around Europe, there is more to it than that.

Camavinga, it must be admitted, has seen his form depreciate since he exploded onto the world scene last autumn with strong domestic performances with Rennes but more pertinently due to his contribution with France.

This was particularly clear in the opening match of the season, which forced Genesio to defend himself against media criticism that he branded “catastrophic”.

Camavinga was withdrawn three-quarters of the way through that 1-1 draw with Lens and was given a miserable ranking of 3.5/10 by local paper Ouest France and 4/10 by L’Equipe.

The uncertainty over his future, which has dogged him increasingly since he left previous agent Moussa Sissoko for the Stellar Group last autumn, appears to have unsettled him both on and off the field.

As media talk over his future has intensified, his form has fallen.

“We’re not going to lie to each other. I’m having an average season. I’ve not done everything I want to do,” Camavinga told Telefoot in May, explaining that he was not going to “hide behind his age”.

Some critics have argued that using him as a No.8, where he spent much of the 2020-21 campaign, as opposed to a No.6 has had an impact. Genesio rejects that suggestion.

“His position is a false problem,” the coach explained. “A footballer player is above all else a man. The emotions that he has off the field have an impact on his performance, and especially for a player who is not even 19.

“I think a lot of things are going on in his head and he cannot express his full potential. He’s not lost it. For me, the only explanation is that he has to resolve his situation.

"I don’t know if you can put yourself in the shoes of a teenage player who has been an international and has shown good things with his club. There is a lot going on in his head and it’s hard to manage.”

Sissoko was thought to be a stabilising influence on the young player, and during his watch there was a strong suggestion that he might remain with the club. That quickly waned under the new agency.

“Camavinga is probably the best young player in the world,” Jonathan Barnett, his new agent, explained to SNTV in May. “Believe me, we’ve had lots of offers this year – and lots of good offers. And I’m speaking of the best clubs.

“Eduardo Camavinga is good to play for a Champions League club. But we don’t want to rush anyone.”

But it seems they will. With just days left in the transfer window, Camavinga’s future remains unresolved and wherever he winds up he will have questions over his quality to answer. This was unthinkable just one year ago.

Camavinga’s potential remains, but the question is now whether it can be unlocked once more.