Erling Haaland drew a rare blank when he faced Lisandro Martinez last season - so will he make amends in Sunday's Manchester derby?

How do you stop Erling Haaland? According to various reports, managers and defenders are ringing around asking for advice on best to deal with Manchester City's goalscoring machine.

It's easy to understand why the Premier League's finest are spooked: Haaland has hit 14 goals in nine matches since joining Pep Guardiola's reigning champions during the summer.

But surely all they have to do is contact Manchester United's Lisandro Martinez – a defender whose reputation was enhanced by seemingly knowing how to nullify the Norwegian.

When United paid £46.5million ($53m) for the Ajax defender, it prompted questions about the Argentinian's suitability to English football and whether, at a relatively small five feet nine, he would be able to succeed in what is viewed as the most physically demanding league in the world.

However, among Martinez's selling points was that he had already stared down the fiercest and most daunting striker in Europe, and come out on top.

When Ajax hammered Borussia Dortmund in last season's Champions League group stage, Haaland registered a rare blank, with his side suffering a humiliating 4-0 defeat in Amsterdam.

However, the scoreline doesn't tell the full story of the game, or at least Haaland's role in it. Indeed, despite Dortmund's struggles, the striker still managed to have four shots on target.

Ajax keeper Remko Pasveer was called on to make three great saves, including one sensational reaction stop which saw him deflect a powerful strike onto the underside of the bar.

An xG rating of 0.50 would normally be enough for the ridiculously lethal Haaland to score at least once.

Unfortunately for the forward, he didn't get a chance to exact some revenge, as he missed the return clash at Signal Iduna Park with a hip injury, meaning Sunday's Manchester derby will be the first time Haaland has faced Martinez since last October at the Johan Cruyff Arena. 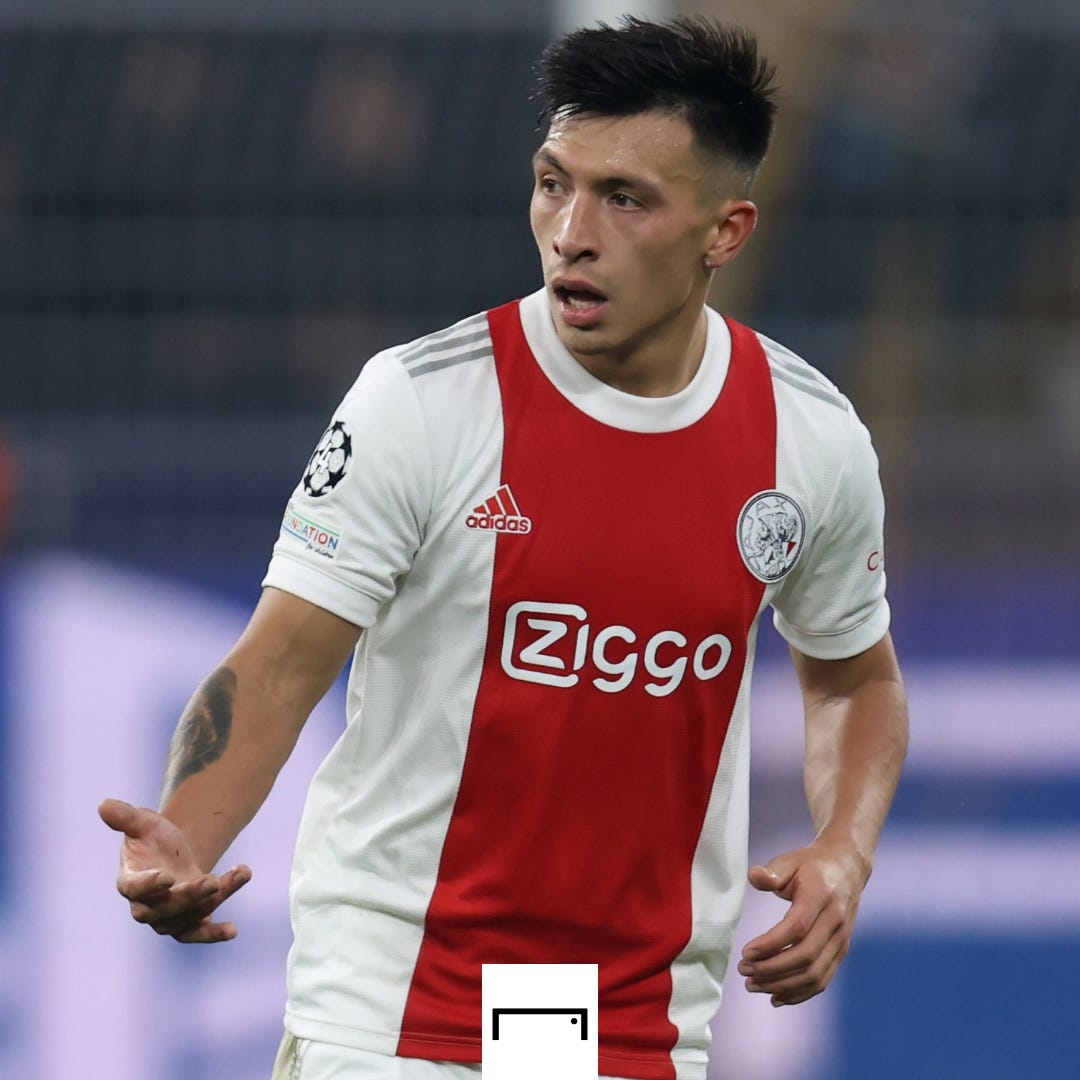 And the pair's battle will be one of the most interesting subplots of a game that some believe will be more evenly balanced than the majority of neutrals anticipate.

Haaland and Martinez certainly have massive roles to play, as two of the best Premier League signings of the season so far.

Both endured difficult starts, of course.

Haaland was subjected to ridiculously hasty criticism after failing to find the net in City's Community Shield loss to Liverpool, while Martinez suffered the ignominy of being replaced at half-time in United's humiliating 4-0 defeat at Brentford.

However, Haaland has since taken the Premier League by storm, while Martinez has formed what has the makings of an excellent central defensive partnership with Raphael Varane, one which has played a pivotal role in United's winning run.

Now, the pair are preparing for what could potentially be their biggest tests in England so far – facing one another again.

If Martinez-Haaland were a boxing match, the tale of the tape wouldn't bode well for the Argentine, who is seven inches smaller than his rival, and significantly lighter.

But the 24-year-old has the fighting spirit, speed and energy of a marauding middleweight – which is reflected in his nickname, 'El Carnicero' ('The Butcher').

And it's worth noting that he's never shied away from this fearsome reputation. On the contrary, he's long since embraced it, because he feels like it perfectly sums up his character, and that of his compatriots. 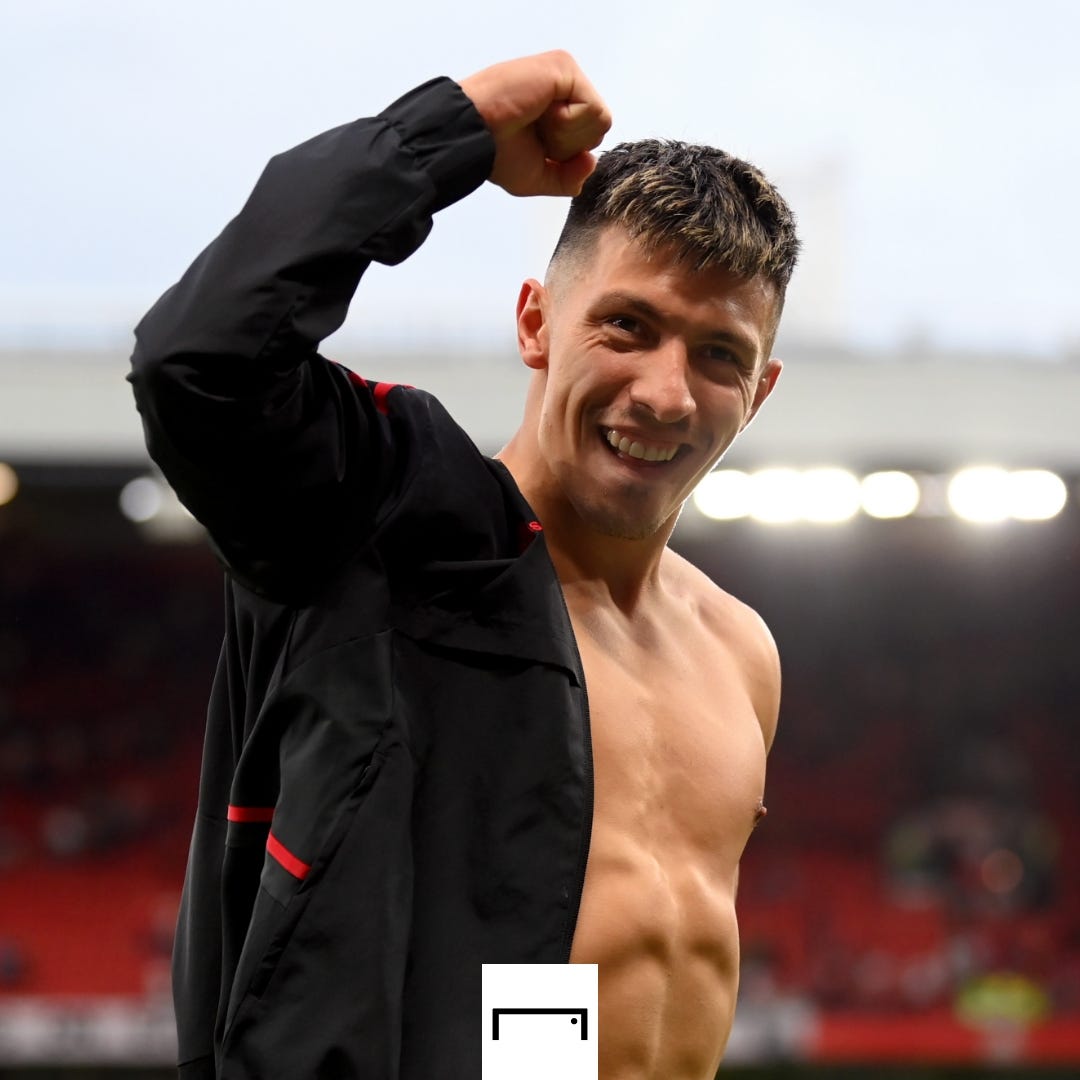 "We Argentines do everything with passion and when I go out on the pitch, I fight for every ball. If I have to step over dead bodies, I do it," Martinez said ahead of his move to Old Trafford.

"I want to win every 50-50 situation because I know that I am fighting for food for every member of my family and for my friends.

"That is the feeling I have – and every Argentinian has. It is the kind of motivation I cannot explain."

Martinez has already become a cult figure at Old Trafford, being voted the club's player of the month for September and embraced by fans who had been accustomed to their players looking frightened and intimidated on the pitch.

And, alongside Varane, he is providing Ten Hag with the platform the Dutchman needs to implement the pressing and passing game that he believes will bring success back to Old Trafford.

Ten Hag's tactics certainly worked a treat against Haaland's Dortmund less than a year ago.

“Being good in possession was one of our first priorities," he said after the game in the Netherlands. "My players were exceptional in that regard and created a lot of chances. What pleased me most, though, was the way we pressed."

Ten Hag will obviously hope for similar levels of effort against City, though achieving the same result looks unlikely. City at the Etihad has long been a daunting assignment but even more so now with Haaland up front.

Ten Hag may want to press high but many United fans and some of the current squad have painful memories of attempting such an approach against Guardiola's side in the past and ending up being humiliated. 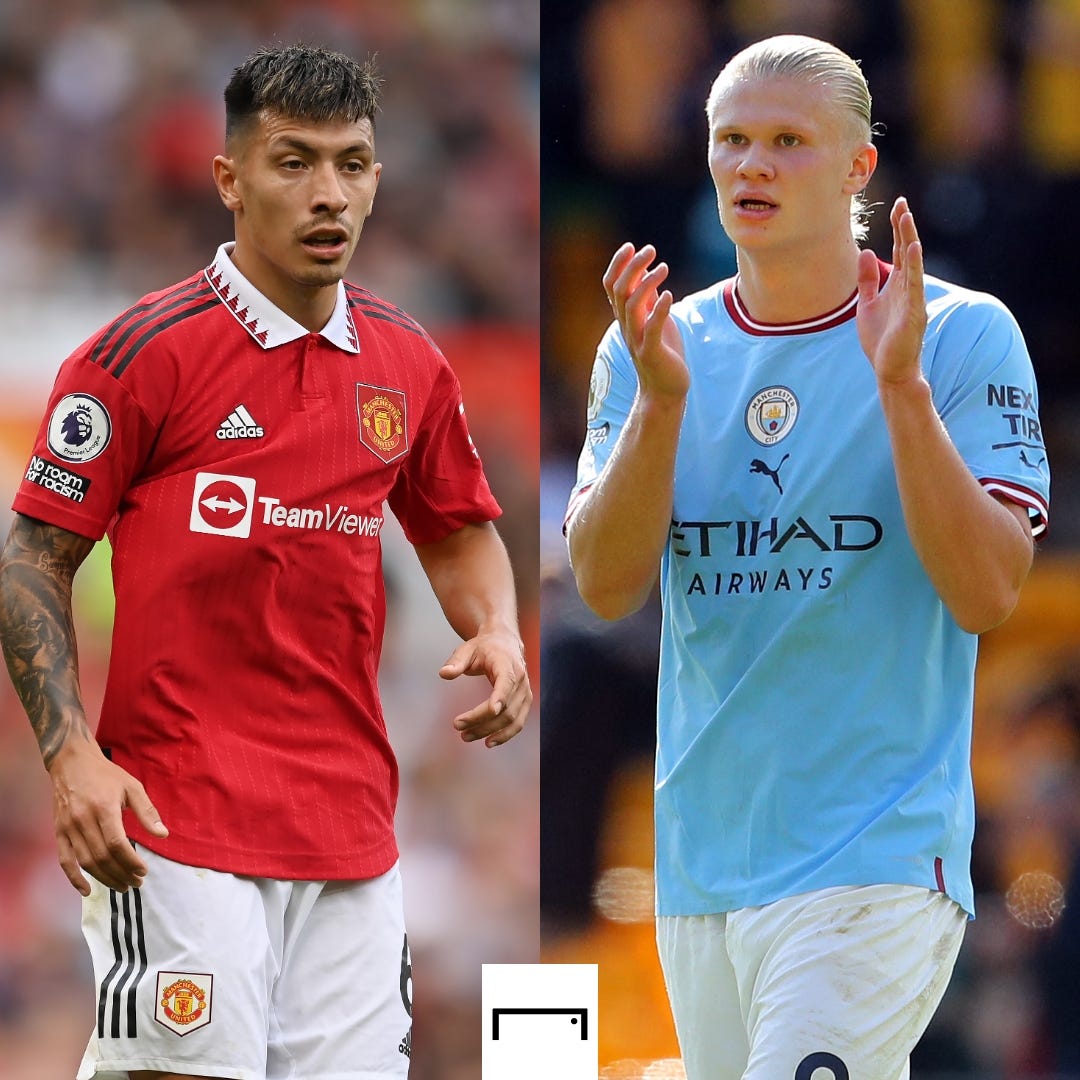 Success relies on every player doing their job but if they don't against City, United could end up being made to look very silly by the likes of Kevin De Bruyne, Bernardo Silva and Phil Foden.

And Haaland will be on hand to finish off any chances that come his way. City are, by Guardiola's own admission, still adjusting to having the Norway international in their line-up, but his influence is growing with each passing week.

He has now scored in eight successive matches and is bidding to become the first player in Premier League history to record three consecutive hat-tricks at home.

So, ominously for Martinez, Haaland is buzzing ahead of his first derby for City, whom he has supported since his father Alfie played for the club back at the turn of the century.

"I am excited, it's going to be nice, a great experience," he told BeIN Sports earlier this week. "It's going to be a high level, intense game and I look forward to it.

"I expect a hard-working team that's going to come to us to try to destroy us but we have to believe in ourselves, to perform well and to take advantage of being at home and attack the game.

United will hope Martinez is too. He has stopped Haaland once before, but doing so again looks a tall order.