Barcelona in meltdown: How can the Blaugrana raise €200m to keep Messi? 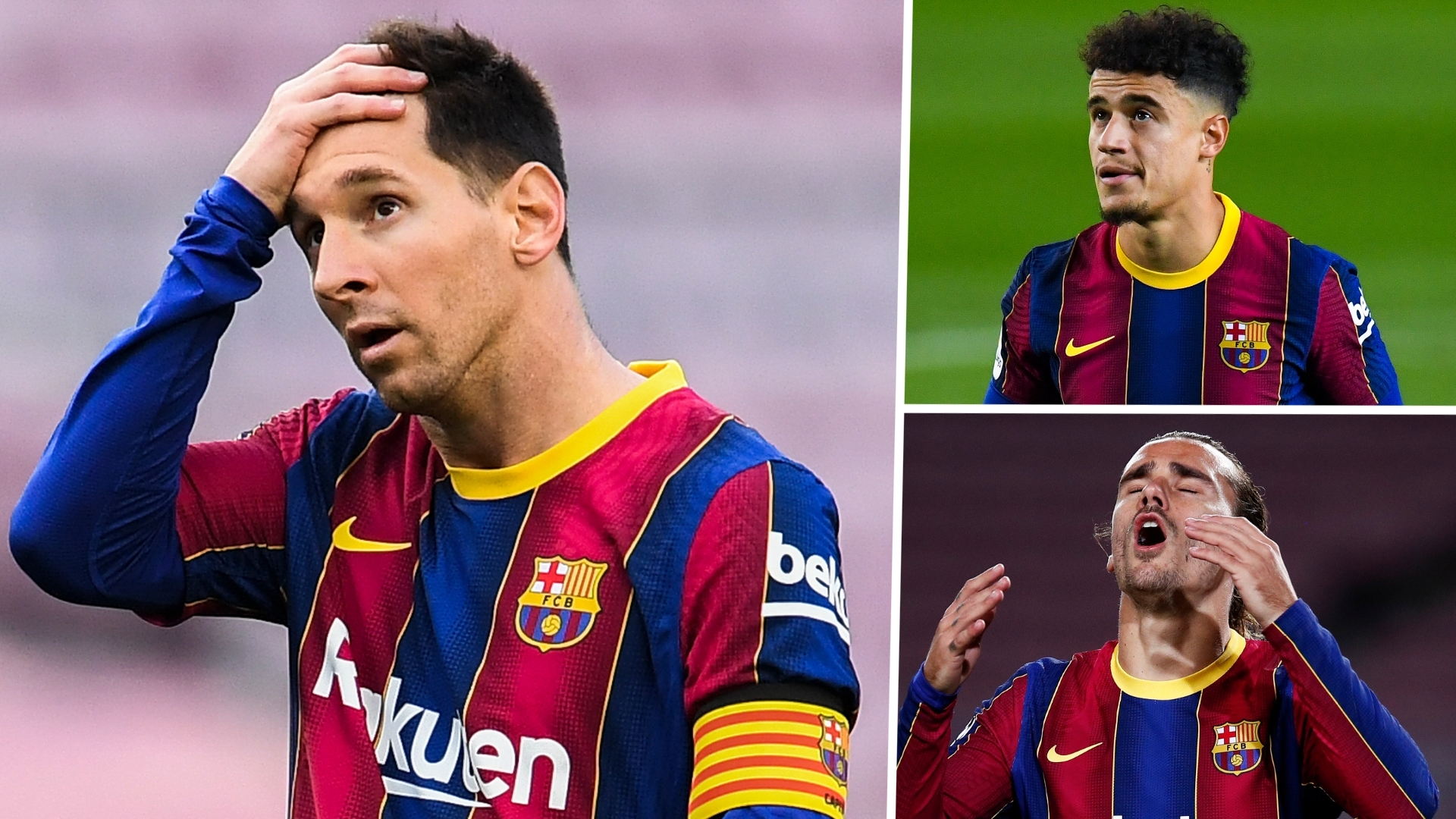 The Camp Nou outfit are unable to register their new signings due to salary cap limits, but those they wish to sell are proving difficult to shift

As things stand, the Catalans will not be able to register any of their new signings ahead of the new season.

And worse still, even if Lionel Messi agrees to stay, they cannot register him either. That is how grave the situation is at Camp Nou.

The Spanish top-flight operates under its own version of Financial Fair Play, with each club being given a limit that can be spent on transfers and wages for the season ahead. Barcelona are in wild excess of it, and in deep debt, over €1 billion in total.

La Liga are unsympathetic towards the club’s plight. They will not make any exceptions, even for Messi.

“There are regulations that exist and must be abided by,” La Liga president, Javier Tebas, told reporters on Thursday. “They have to adapt and find a solution within them. That's what I have talked about with Joan (Laporta).

“To open up the situation would just cause more debt. We studied it a lot and think the regulation is acceptable and all clubs should abide by it. All clubs approved this regulation themselves. It’s not the first time in recent years that this has happened where a club signs players but can’t register the player.

“We always want the best players in La Liga, but Neymar and Cristiano Ronaldo left and we are still here growing. We continue to work, and Serie A and Ligue 1 have not grown as much as they would have liked. Premier League players don’t win the Ballon d’Or, but it’s the best competition on a sporting and financial level. We should not be obsessed with players.

"I would love Messi to stay, but it isn’t essential.”

That spells bad news for Barcelona, who have to take drastic action if they want to make room for Memphis Depay, Sergio Aguero, Eric Garcia and Emerson Royal, which is easier said than done.

Only when some of the highest earners - Antoine Griezmann, Philippe Coutinho, Ousmane Dembele and Samuel Umtiti - go, will the club start making headway. Current estimations are that they need to clear €200m (£172m/$237m) from their wage bill.

“We have a rule called one by four,” added Tebas. “We allow new players when clubs reduce their current wage bill. For each euro they want to use for new sign-ups, they have to save four.

"For example, if the players Barca have at the moment, Aguero and others, are going to cost €50m for next season, it means €200m has to be cut from the wage bill, either in terms of transfers or salary cuts.”

The estimated wages for Barca’s four new signings are around €30m (£26m/$35.5m), plus whatever salary Messi agrees to. The Argentine is expected to take a significant wage cut, perhaps with a promise for a future, well-paid, role at the club.

The difficulty comes in selling players when every other club in Europe knows Barcelona’s precarious financial state and their desperation to sell.

Fernandes, meanwhile, was sacked by email, and is planning on taking the club to court.

The greatest difficulty, though, will come in shifting the players that have proved to be Barcelona’s biggest mistakes in the transfer market in recent years: club-record signing Coutinho, perennially injured Dembele and the disappointing Griezmann.

Barcelona have received no offers for Brazil intenational Coutinho, although by the end of the market they are confident they will at least find a club willing to take him on loan. He earns an annual salary of €28m (£24m/$33m), pre-tax.

Dembele will be harder to shift, if not impossible, because he is out for four months with an injury sustained with France at Euro 2020. His compatriot Griezmann earns an estimated €34m (£29m/$40m) euros, pre-tax, and of all the ‘high-end’ players the club could sell, will at least have plenty of suitors.

Clubs, however, will likely pressure Barcelona into accepting a low offer for the player who cost €120m (£107m/$134m) in 2019 from Atletico Madrid.

Umtiti, meanwhile, earns an eye-watering salary for a player who barely features of €20m (£17m/$24m), pre-tax. The club offered to release the World Cup-winning defender from his contract, which he unsurprisingly rejected, given how much he earns and how little in comparison he would be offered elsewhere.

Miralem Pjanic is another player in whom coach Ronald Koeman has little interest in and he too has been offered, and turned down, release from his contract worth €16m (£14m/$19m) a year.

Other players, including Martin Braithwaite, Neto, Clement Lenglet, Sergi Roberto and Riqui Puig may also be shipped out, either sold or on loan, but without losing the big earners, it does not do a great deal of good.

Jordi Alba is seen as expendable, while Gerard Pique has said he would walk away from Barca if the club wanted, while Sergio Busquets is another high earner who Barca would allow to leave to help their worrying situation.

Quite who would be left to ensure Barca can remain fighting at the highest level, though, is up for dispute.

The car-crash drama continues and transfer market vultures will be circling in the weeks to come. Next season’s Barca may look drastically different.