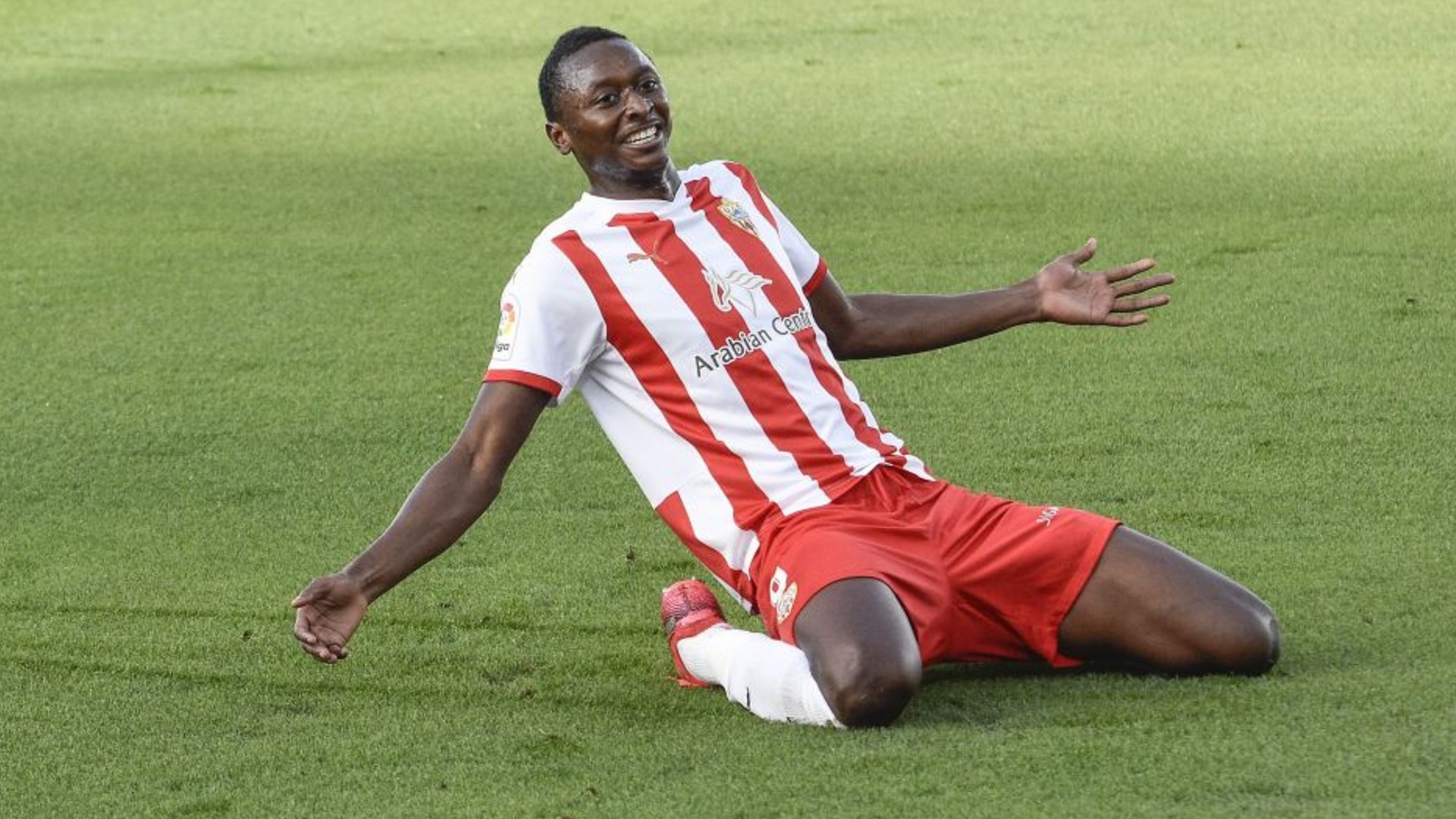 Umar Sadiq scored a brace to help Almeria ease to a 4-0 away victory over Alcorcon in Friday’s Segunda Division outing.

The Nigeria striker dazzled in front of goal in the first half as the Rojiblancos returned to winning ways following last Sunday's 1-0 loss against Ponferradina.

Sadiq started the party at the Estadio Santo Domingo with his fifth-minute opener and he doubled the lead for Rubi's men 10 minutes later, courtesy of Francisco Portillo's assist.

The former Rangers and Roma star had the chance of grabbing his hat-trick in the 37th minute but his effort from the penalty spot hit the bar and it went into the net off goalkeeper Dani Jimenez.

It was his third brace in Spanish football since he joined Almeria from Partizan Belgrade in October 2020, he scored two goals against Alaves in a Copa del Rey match in January and in a league outing against Real Oviedo in May.

Nine minutes after the hour-mark, Alejandro Pozo sealed the emphatic away win for the visitors as they pile pressure on league leaders Sporting Gijon who have 13 points from five games.

Sadiq was on parade from start to finish and the two goals fired him to the top of the Segunda Division scorers' chart with four goals after six appearances.

Last season, he scored 20 goals in 40 league games for Rubi's side but they narrowly missed out on La Liga promotion in the play-offs.

This season, Almeria have started their push to return to the Spanish top-flight on a bright note and they currently occupy second spot on the league table with 12 points after six games.

Their next league outing will be against Tenerife at Estadio de los Juegos Mediterraneos on September 24.