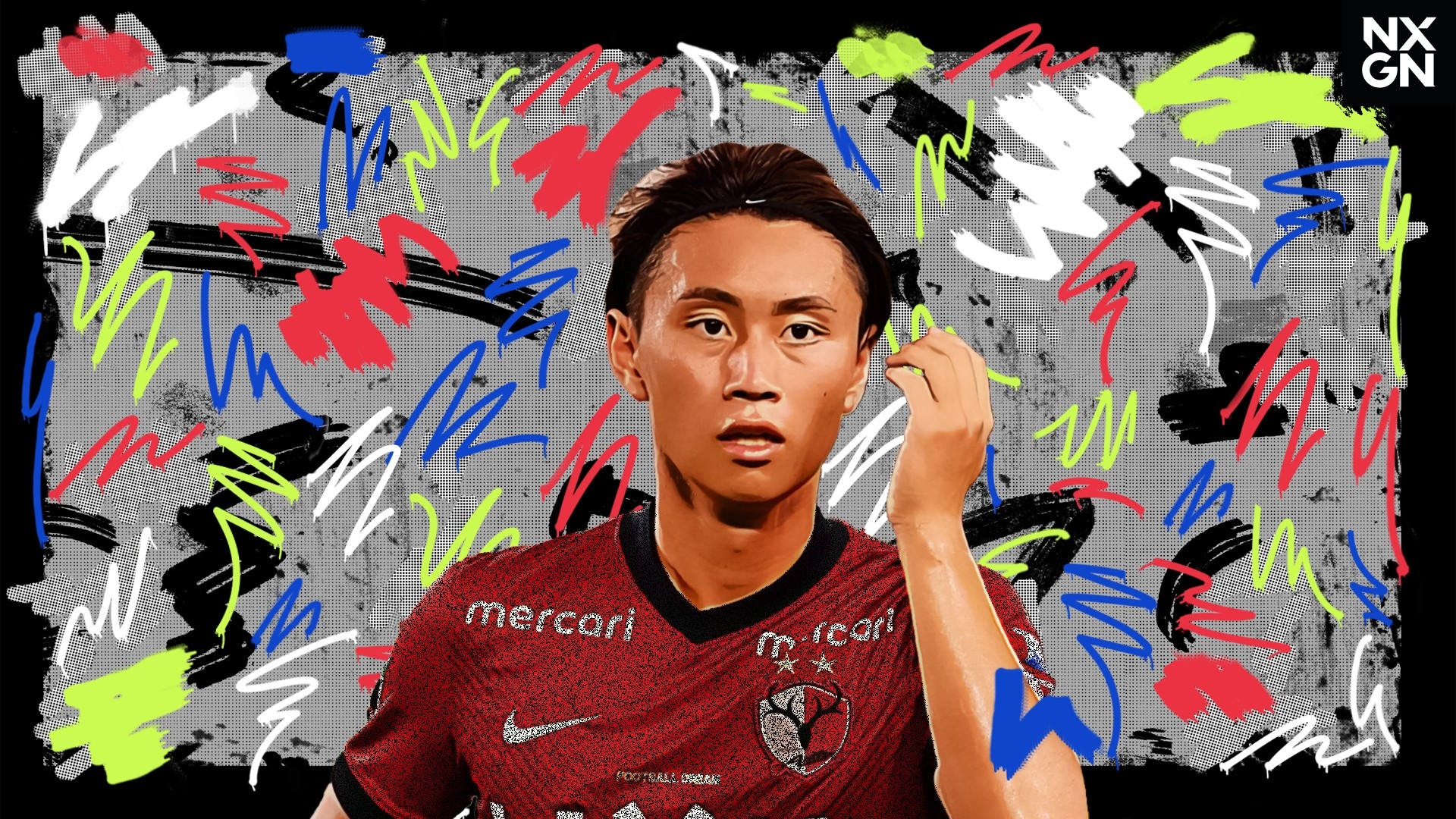 From Hidetoshi Nakata to Keisuke Honda, and now with Takefusa Kubo, Japanese football thrives when a supremely talented player emerges that a team can then be built around.

Kubo is that man at present, and despite his up-and-down first couple of years in La Liga, the Real Madrid forward's performances at the 2020 Olympics on home soil offered a glimpse of what the 20-year-old will offer the national team over the next decade or so.

And the good news is that this time, there is a chance of there being a supporting cast that can lift one of Asian football's most consistent performers to new heights.

One of those who is being earmarked as a future international is teenager Ryotaro Araki, with the attacking midfielder having enjoyed a brilliant breakout season in the J-League with Kashima Antlers.

The 19-year-old has returned 11 goals and eight assists in all competitions over the course of the 2021 campaign, with the J-League season still having five matchdays left before the campaign is wrapped up.

Araki's nine league goals this term mean he is one away from becoming just the second teenager to record double-figures in a single season, following in the footsteps of former Japan international Shoji Jo.

Jo completed the feat in 1994, before going onto score in the win that sealed Japan's place at their first World Cup four years later, as well as earning an opportunity to play in La Liga with Real Valladolid.

It is hoped that Araki will be able to follow a similar path in terms of becoming a national team star while plying his trade in one of Europe's biggest leagues, though it is important not to place too much pressure on the shoulders of one who is still so young.

Unlike Kubo, who was regarded as a footballing phenomenon even before he left his homeland to enrol at Barcelona's La Masia academy as a 10-year-old, Araki tried his hand at a number of sports before eventually settling on soccer.

"I am very happy when I score a goal," Araki remarked as his reasoning for picking football, and that can be seen by the joyous way he still celebrates when finding the net nowadays.

Having begun his footballing education in his hometown of Kumamoto, Araki first came to wider attention when he scored twice in Japan's opening win over Thailand in the 2018 AFC Under-16 Championship.

He was named Man of the Match for his display, and went onto play every game bar one as Japan ran out tournament victors in Malaysia.

Just over a year later, in October 2019, it was announced that Araki would be joining Kashima Antlers; a club he had watched closely for many years.

"I started to watch Kashima Antlers games, and I felt a connection with Atsuto Uchida," Araki said of the Japan international defender, who made his professional debut with the club when he was just months out of high school. "I was inspired and impressed by the way he went about the game."

As it happened, Araki's first season with Kashima would be Uchida's last, as the full-back retired in 2020 having returned to his boyhood club from Germany, where he played for both Schalke and Union Berlin.

Araki was used predominantly as a winger during his first season at senior level, scoring twice in 26 J-League appearances, including a stoppage-time equaliser against Vissel Kobe that marked his first professional goal.

But having been moved inside in 2021 to play either as a second striker or No.10, he has thrived, with the four goals he scored in the first three games of the season a sure sign of how defences were suddenly struggling to limit his impact on matches.

"He is always available to receive the ball from his team-mates and then produce a good pass himself," Araki's team-mate and fellow youngster Yuta Matsumura said of the teenager.

"Taro, when he plays behind the striker, is the heart of the team."

And it is those attributes of both quality and confidence that mark Araki out as potentially being a special talent on whom Japanese football can lean upon in the years to come.