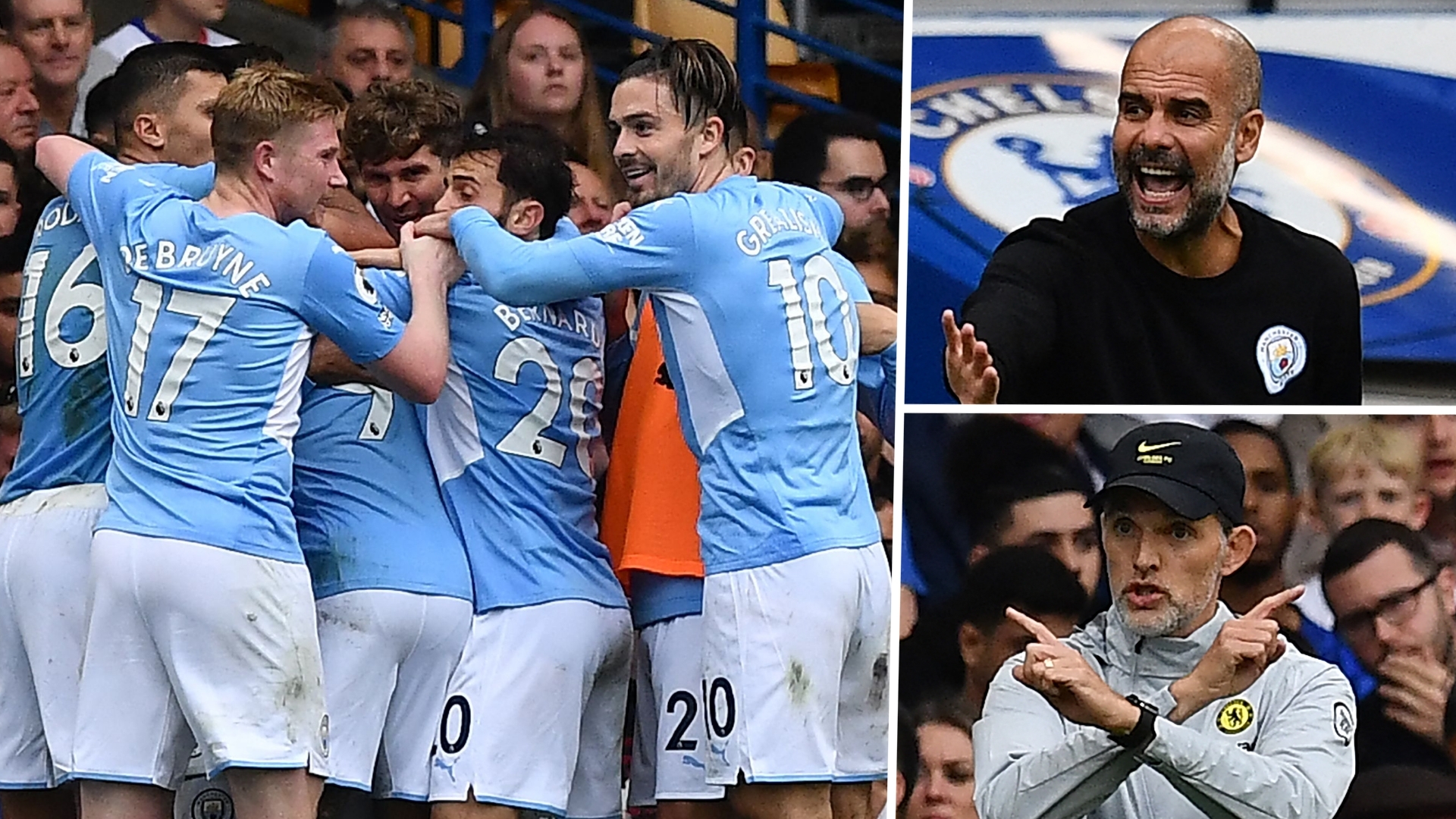 After three successive defeats when facing the German coach, the Catalan and his team produced a dominant display to win 1-0 at Stamford Bridge

It turns out that Thomas Tuchel can still learn a thing or two from from his old mentor, Pep Guardiola.

The prematch wisdom was that the Chelsea manager had worked out his opposite number in the Manchester City dugout.

The German coach had masterminded three straight wins over the City boss already this year, including a Champions League final where Guardiola ripped up his tactical plan to such an extent that his side were virtually unrecognisable.

Off the back of that and having strengthened with a top-class centre-forward in Romelu Lukaku, this is the season where Chelsea are truly back among the title challengers, if not favourites.

A victory at Stamford Bridge over the reigning champions on Saturday, then, would have laid a significant marker and moved the west London outfit a noteworthy six points clear of City.

Instead, Guardiola sent a loud reminder that he remains the sorceror, not the apprentice, and his side are not about to give up the title without a fight.

City's 1-0 win here was a tactical masterclass from the Catalan. From the first minute, his side took control of a huge game, pushing Chelsea back into their own half with a front three of Jack Grealish, Gabriel Jesus and Phil Foden - playing as a false nine - hunting in packs to make life uncomfortable for the home side's backline.

Behind them, N'Golo Kane was forced to man-mark Kevin De Bruyne to limit the Belgium playmaker's influence, but City’s full-backs reacted by playing high up the pitch to keep the home side boxed in.

Perhaps Guardiola’s biggest decision was to drop Bernardo Silva into a deep-lying midfield role, allowing the Portuguese to play alongside Rodri and dictate the game's tempo.

In the disastrous Champions League defeat in Porto, Guardiola had gambled on Ilkay Gundogan playing the role alone, and City were overrun.

This time, though, they dominated, claiming two-thirds of possession and forcing Chelsea to uncharacteristically launch the ball high and wide just to relieve the pressure on at least three occasions before half-time.

The demeanour of the two managers could hardly have been different. An angst-ridden Tuchel gesticulated at his players furiously, argued with the fourth official over minor incidents and brooded on the edge of his technical area. Guardiola, meanwhile, was strangely calm, joking with his coaches after almost tumbling out of his seat after watching a Jesus shot disappear narrowly over.

His one frustration may have been that Grealish was struggling to influence the biggest game he has played since his £100 million switch from Aston Villa. That changed in the second half after a word in the dressing room, however, as the England international grew into the game, carving out good opportunities for Jesus and De Bruyne.

The deserved breakthrough came in the 53rd minute through Jesus’s deflected strike, but an expected reaction from the home side never came as City kept Chelsea at arm's length.

Guardiola may be missing a striker like Lukaku, but the ex-Manchester United man was largely anonymous here.. The £98m-forward never threatened to score as City turned him into a lonely striker struggling to have any impact and playing with his back to the goal.

And so while there is an awfully long way to go in the season, the theory that Tuchel has worked out a strategy to stop Guardiola may have to be rethought.

Pep is not regarded as the greatest coach of his generation for nothing. Here, if anyone needed the evidence, was why.