Chelsea will begin their 2022-23 Premier League campaign this weekend when they take on Frank Lampard's Everton at Goodison Park.

Thomas Tuchel came out second best when they visited the Merseyside club back in May and would like to make amends to that by getting off the blocks with a win. The German manager guided Chelsea to a third-place finish in the Premier League qualifying for this term's Champions League, but they lost out on domestic cup trophies in both the League Cup and FA Cup finals.

Meanwhile, Everton somehow managed to stay afloat in the Premier League after finishing in the 16th spot with 39 points. They have parted ways with star forward Richarlison and it remains to be seen how they cope without the Brazilian.  GOAL is on hand to bring you all of the information you need, to catch the action live from Singapore.

Thomas Tuchel will undoubtedly field his strongest XI and in all probability will field both new signings Raheem Sterling and Kalidou Koulibaly. He prefers a 3-5-2 formation and should stick to it in the campaign opener.

Edouard Mendy should keep his starting berth between the sticks. He should be protected by a three-man backline with Koulibaly, Thiago Silva and Cesar Azpilicueta taking their positions in defence.

N'Golo Kante and Jorginho should slot in at the centre of the park with Reece James and Marcus Alonso as the two wing-backs. Meanwhile, Mason Mount, Kai Havertz, & Raheem Sterling should make up the front three.

On the other hand, Everon could start with a 5-4-1 formation with Dominic Calvert-Lewin leading the lines. Dele Alli and Demarai Gray should be the two wide midfielders which would help Everton keep a check on Chelsea's overlapping full-backs.

Dwight McNeil scored a brace in pre-season last week and he could feature at some point if he doesn't get to start.

How to watch Everton vs Chelsea on TV & live stream online in Singapore?

As the official broadcaster of the Premier League in Singapore, StarHub will be showing the full coverage of all 380 live matches across the season. 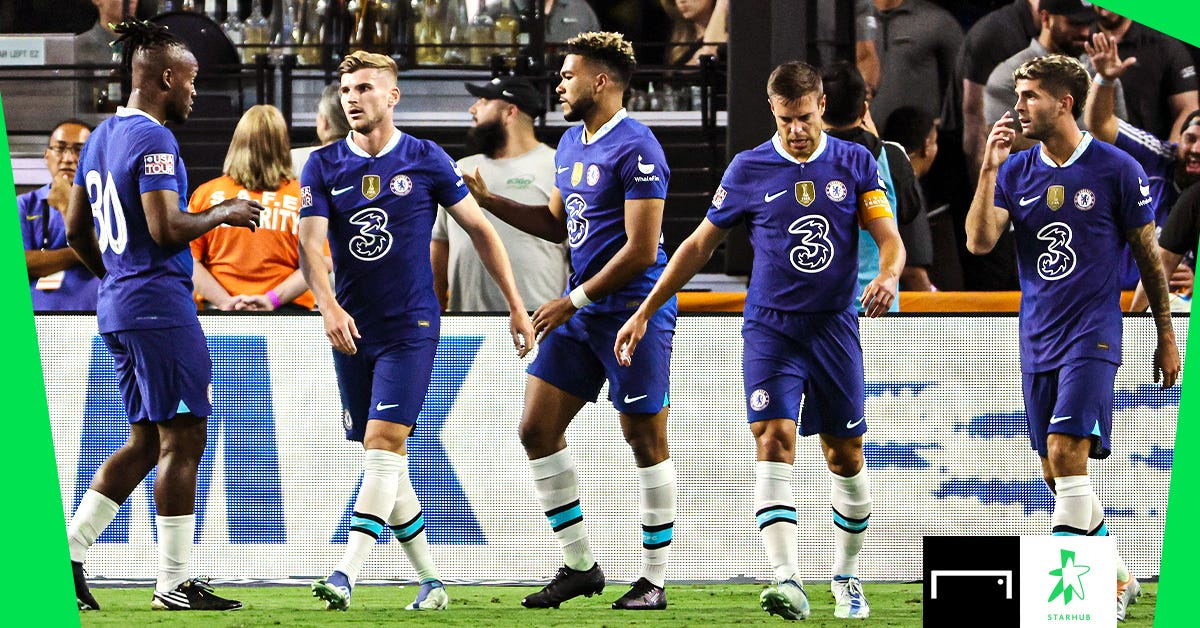