What a signing Luis Diaz is, and what a player he is going to be for Liverpool.

He has only been here three months, but the Colombian has already made a huge impression at Anfield. You don't get many £50million ($67m) bargains, but he's most definitely one.

And here, on the big stage, in the Spanish rain and with the Reds’ Champions League dreams hanging by a thread, it was he who stepped up and delivered.

Oh how Liverpool needed him. Oh how they had wobbled for 45 minutes without him. They were staring over the cliff-edge when their January signing was called for, but now they can start dreaming of Paris, and the possibility of an incredible seventh European Cup.

Luis Diaz. That is all. 🤩 pic.twitter.com/HkksE2nSBO

Jurgen Klopp’s side had arrived in Villarreal with one foot in the final, or so the story went, 2-0 up from the first leg and having looked a cut above throughout. The only question, we thought, was how comfortable the margin would be.

But we should have listened to Unai Emery. He had promised that we would see a different Villarreal from the one which had surrendered so meekly on Merseyside. Liverpool, he warned, would be made to “suffer” at the Estadio de la Ceramica.

He got that right. As the rain poured down, and as this tight, compact, fantastic little stadium rumbled, Klopp’s side were stunned, knocked from their stride and put under the most intense of pressure.

Their lead was gone by half time, Boulaye Dia and Francis Coquelin striking to turn Villarreal fans’ hope into belief.

Like Juventus and Bayern Munich before them, Liverpool appeared to have no answer.

So composed a week ago, they were anything but here. They were rattled, their performance littered with mistakes, missteps and misunderstandings. They conceded early in the half to Dia, and late in the half to Coquelin. When the whistle came for the interval, it was they who needed it.

Then came Diaz, and after that everything changed.

Liverpool were a team transformed with their new superstar on the field. They ran in three goals in the space of 12 second-half minutes to turn the tie their way again. By the end, somehow, they were back in comfort mode, able to enjoy the last 20 minutes like nothing had happened. 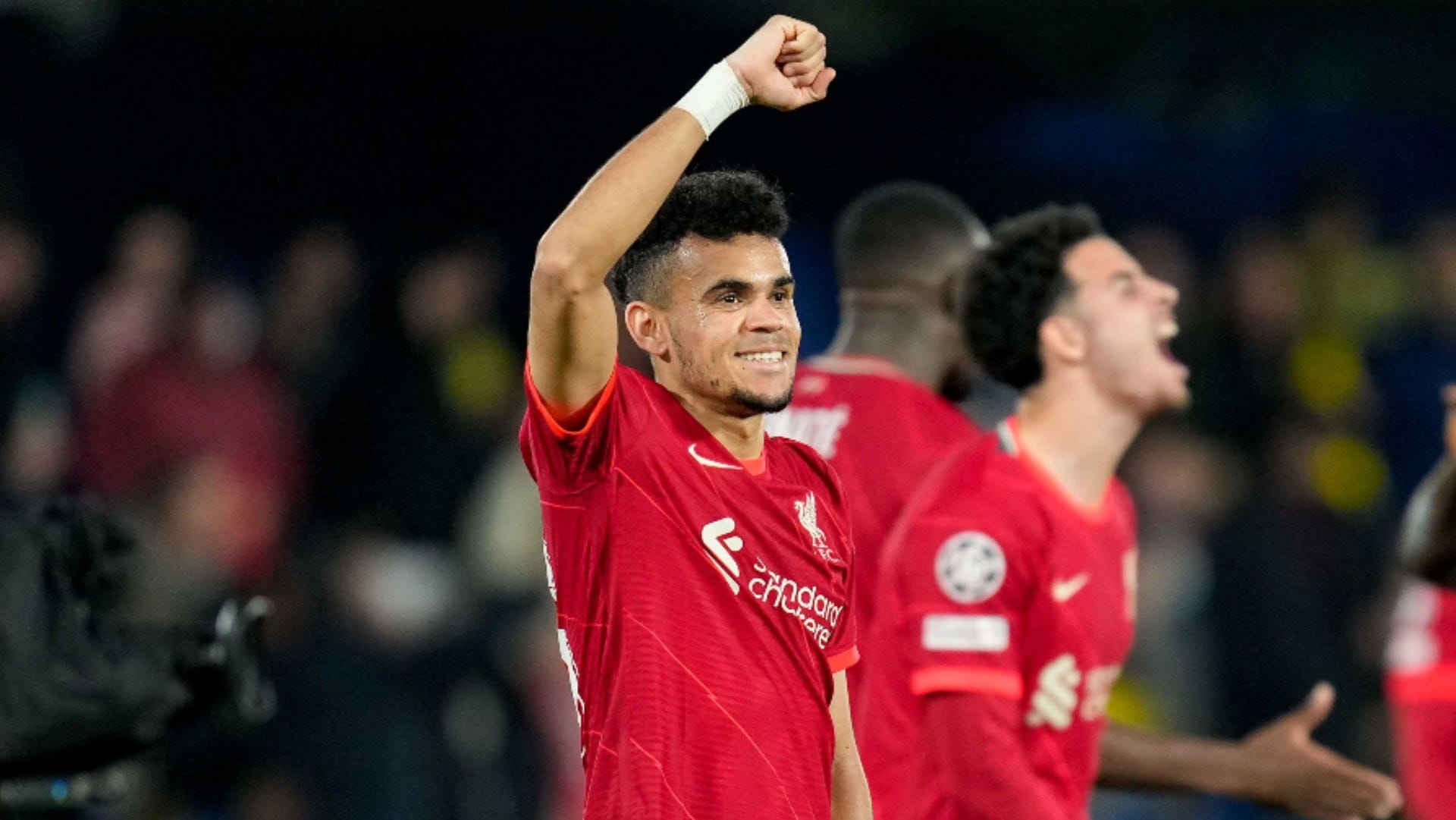 Diaz grabbed the second of their goals, a smart close-range header from a Trent Alexander-Arnold cross. But even before that, he had helped get the Reds on the front foot, always an option on the left flank, running at defenders and creating danger from the get go. He has some mentality, and some engine, on him, this boy.

Liverpool could barely string two passes together in the first half, but they quickly found their groove after the break, even if they needed a helping hand or two from Geronimo Rulli, the hapless Villarreal goalkeeper.

Rulli was once on the books of Manchester City, and Liverpool must wish he still was. The Argentine was culpable for the goal which got Klopp’s side back into the game, allowing Fabinho’s angled shot to squeeze between his legs and into the net at the near post. A howler, however you slice it.

Liverpool celebrated, and you got the impression then that, even at 3-2 on aggregate, Villarreal sensed the jig was up and their chance had passed.

Five minutes later came Diaz’s strike, and that was that. Sadio Mane ran in a third after another shocker from Rulli, and in the end the biggest surprise was that Liverpool did not add more to their tally. Mohamed Salah and Curtis Jones, the substitute, had the best of their chances.

At the end, Klopp and his players celebrated accordingly, saluting their supporters, who were perched high up behind the left-hand goal.

It has been a wet week on Spain’s east coast, but little will dampen the travelling Kop’s spirits, you can be sure of that. The bars of Castellon and Alicante and Valencia will have done decent business, and Anfield wil be bouncing when Tottenham arrive in the Premier League on Saturday evening.

They may have been given an almighty scare, but their quadruple bid is still on course. We now know that they will play every game they could possibly have played this season, 63 of them across four competitions.

The last of those will be at the Stade de France on May 28, against either Real Madrid or Manchester City. Their third Champions League final in five seasons.

And surely, it will feature the name of Luis Fernando Diaz Marulanda in the Reds’ starting line up.

How could it not, after this?