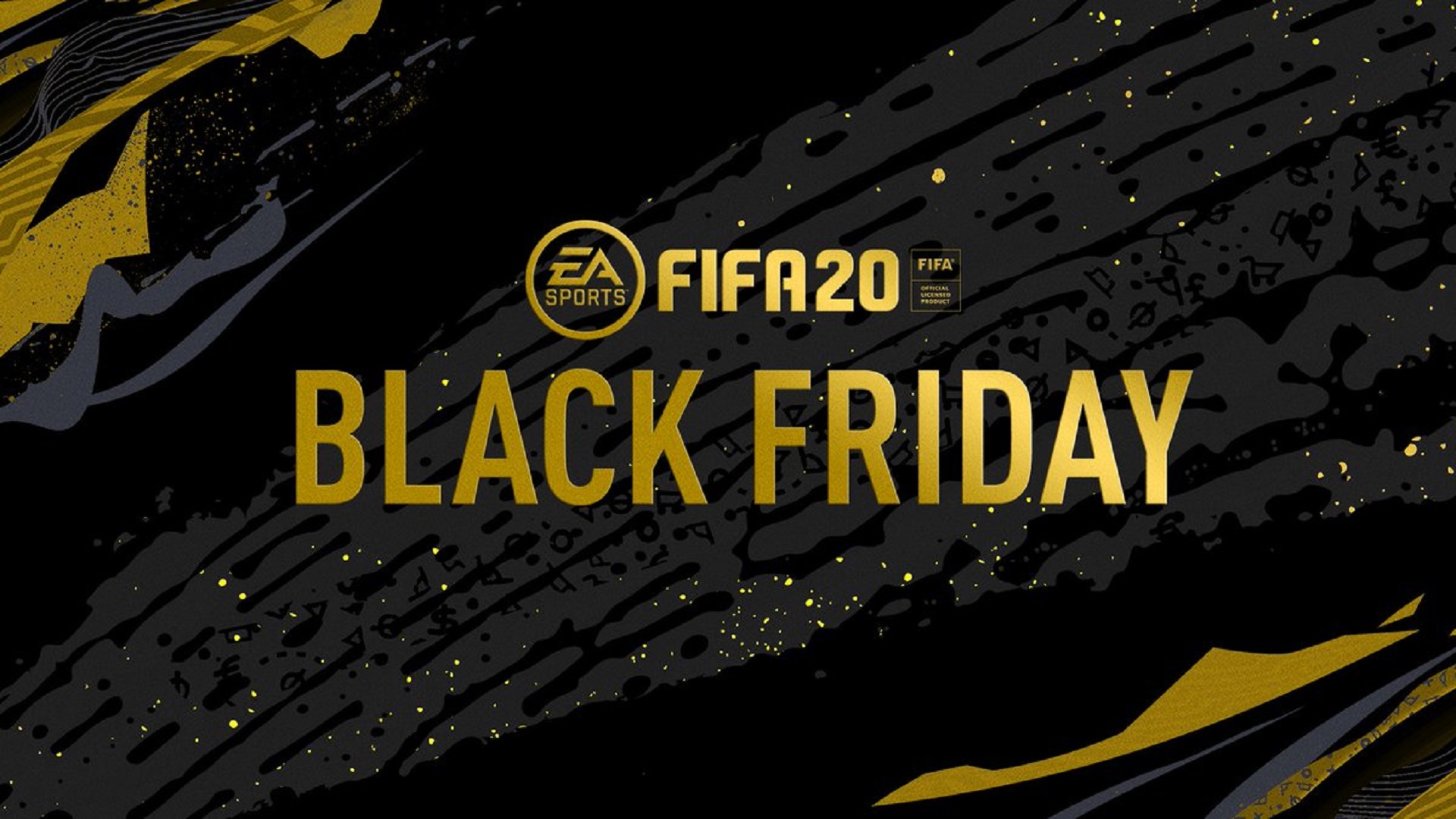 Black Friday is a huge promotion in FIFA 20, with many special pack offers, objectives and challenges throughout the weekend

Coming up to Christmas and the holiday period, Black Friday is one of the busiest days for shoppers to get deals and discounts from both offline and online retailers.

This relatively recent phenomenon has also found its way into EA Sports' FIFA series, with special offers and events taking place over the weekend following Black Friday, including Super Sunday and Cyber Monday.

Black Friday is a big event every year in FIFA and the weekend usually involves hourly pack offers, special Squad Building Challenges (SBCs) and special Daily or Weekly Objectives. For FIFA 19, the daily gift on the FIFA Web App and Companion App was also revived for the weekend to give gamers some small prizes.

FIFA 20 is set to continue that trend, so what can fans of the game expect to see for Black Friday and Cyber Monday?

When does Black Friday start in FIFA 20?

Black Friday takes place on November 29 in 2019, the day after Thanksgiving in the United States.

Traditionally, this is seen as the start of the Christmas shopping period in the US, where consumers begin to buy presents for the holiday season. Retailers were quick to get in on the act and thus started offering discounts and special offers to entice customers. Black Friday's success in the US has seen it spread all around the world and now stores all over the globe offer Black Friday and Cyber Monday deals.

Black Friday kicked off in FIFA 20 on November 29 at 2pm GMT with pack offers and SBCs and Objectives available all weekend.

The first promotion released for Black Friday 2019 was a special "Best of TOTW" with some of the highest-rated Team of the Week players so far this season, including 95-rated Lionel Messi and 94-rated Cristiano Ronaldo.

Super Sunday takes place on December 1 and continues this period of offers and events.

What pack offers are available for Black Friday?

On Black Friday and Super Sunday, EA Sports will run hourly pack offers in FIFA Ultimate Team. Many of the packs available to purchase in the store are packs that are not usually available such as Mega Packs and Premium Player Packs.

There will be different types of promotional offers available for these packs including limited availablity packs e.g. once 20,000 packs are sold, they become extinct, in a first come, first served basis. Other offers are limited to a number of packs per customer and expire after a certain time period.

Later in the weekend, on Super Sunday, there will also be discounted packs with certain packs offered at a reduced rate of 25 per cent or 50 per cent. These are the most rare of all the offers during the Black Friday weekend.

What SBCs will there be for Black Friday?

Over the Black Friday weekend, there will be many Squad Building Challenges offering pack rewards for completing them.

These include weekend-long SBCs as well as limited Flash SBCs which are only available for an hour or two but give great rewards. Last year, some of the Flash SBCs even offered special players or highly-rated players as rewards.

Will the Transfer Market crash?

Traditionally, Black Friday is seen as one of the times where prices are at their lowest in the first half of the FIFA season. The biggest price crash usually happens in the new year around the time of Team of the Year, but ahead of Black Friday, many gamers sell their players due to the amount of packs that will be opened during the weekend.

As a result, prices drop around a week or two before Black Friday, so the crash during the weekend usually is not as severe as expected. However, so many packs will be opened that the market will be flooded with new players and many bargains can be picked up.

Low-rated gold players usually see the biggest drop in price as so many of these players are added to the market over the weekend. High-rated players and ICONs will become more common, but their prices may not fluctuate too much.

Check out more football deals and discounts for Black Friday in the UK!

Check out more football deals and discounts for Black Friday in the US!