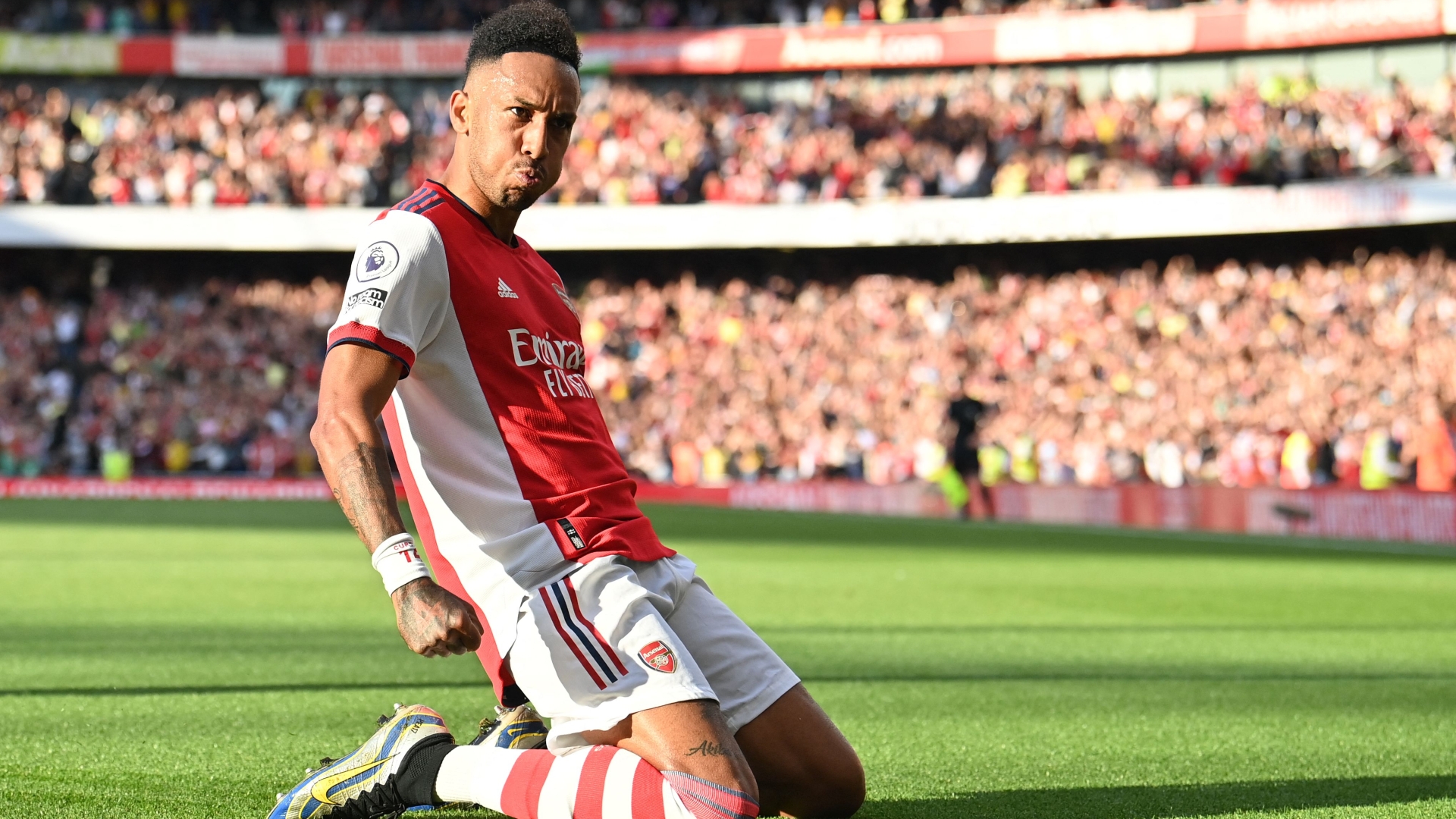 Goals from Emile Smith Rowe, Pierre-Emerick Aubameyang and Bukayo Saka helped the Gunners to a 3-1 win in the north London derby

If the wins against Norwich and Burnley were the building blocks, Sunday's thrilling 3-1 victory over Spurs surely fully ignited Arsenal’s season.

A fortnight ago they were rock bottom of the Premier League while Tottenham were top.

Three games later and Mikel Arteta’s side are now above Spurs, in the top half of the table and just five points off leaders Liverpool.

It’s been a remarkable turnaround in the space of just two weeks and Arteta will hope his side have now put the nightmare of those opening three defeats behind them.

This win - not just the result, but the manner of it - felt like a huge moment for Arsenal and for Arteta.

The Spaniard has been under huge pressure this season and while the wins against Norwich and Burnley eased that somewhat, he still needed something to really get the doubters on board.

And nothing will do that more than a convincing win in the north London derby.

For 45 minutes Arsenal were rampant. They blew Spurs away during an absorbing first half with a performance that highlighted why Arteta is convinced his young side is on the right track.

The average age of Arsenal’s starting XI was just 24, with Pierre-Emerick Aubameyang the only player involved who was over 30.

And it was that youthful energy that proved far too hot for Spurs to handle.

They flew out of the blocks and were in front after just 12 minutes with a goal that was straight out of the club’s Hale End academy.

Granit Xhaka, back in the side after his suspension, found Martin Odegaard who released Bukayo Saka down the right.

The England international drove towards the box before squaring it for his fellow academy graduate Emile Smith Rowe to score his first league goal of the season.

It was the dream start for Arsenal and things got even better on 27 minutes when Aubameyang finished off a scintillating team move to double the lead.

And the hosts weren’t done there. It was 3-0 just six minutes later and this time it was Saka who was on target.

There may have been some fortune about the goal, with Harry Kane deflecting the ball into Saka’s path. But it was rich reward for Arsenal’s dominant start to the game.

It was party time at the Emirates.

This was a far cry from those defeats against Brentford, Chelsea and Manchester City during the opening weeks of the season.

The second half may have been far less convincing, with Spurs pulling a goal back through Son Heung-Min 15 minutes from time, but by then the game was done.

For Arsenal, the key now is to build on this.

They have now won four games in a row in all competitions and sit just four points off the top four.

After looking in crisis just two weeks ago, the Gunners are now starting to look like a club reborn.

There is a freshness about the side, with summer signings Aaron Ramsdale, Ben White and Takehiro Tomiyasu all instilled in a new-look defence.

Thomas Partey has returned from injury and looks as strong as he has since he joined from Atletico Madrid last summer and Odegaard is pulling the strings in the final third.

With both Sambi Lokonga and Nuno Tavares coming on as second-half substitutes, that meant all six of Arsenal’s summer arrivals were involved in the game.

This is a long-term project at Arsenal and we are now seeing our first real signs of it coming to fruition.

There is still a long way to go and there will no doubt be plenty more bumps on the road, but they appear to have a clear direction again.

The new signings have injected a new lease of life into this team and Smith Rowe and Saka continue to go from strength to strength.

A season that was in danger of spiralling into complete chaos just over a fortnight ago is now looking very different.

Arsenal are up and running.