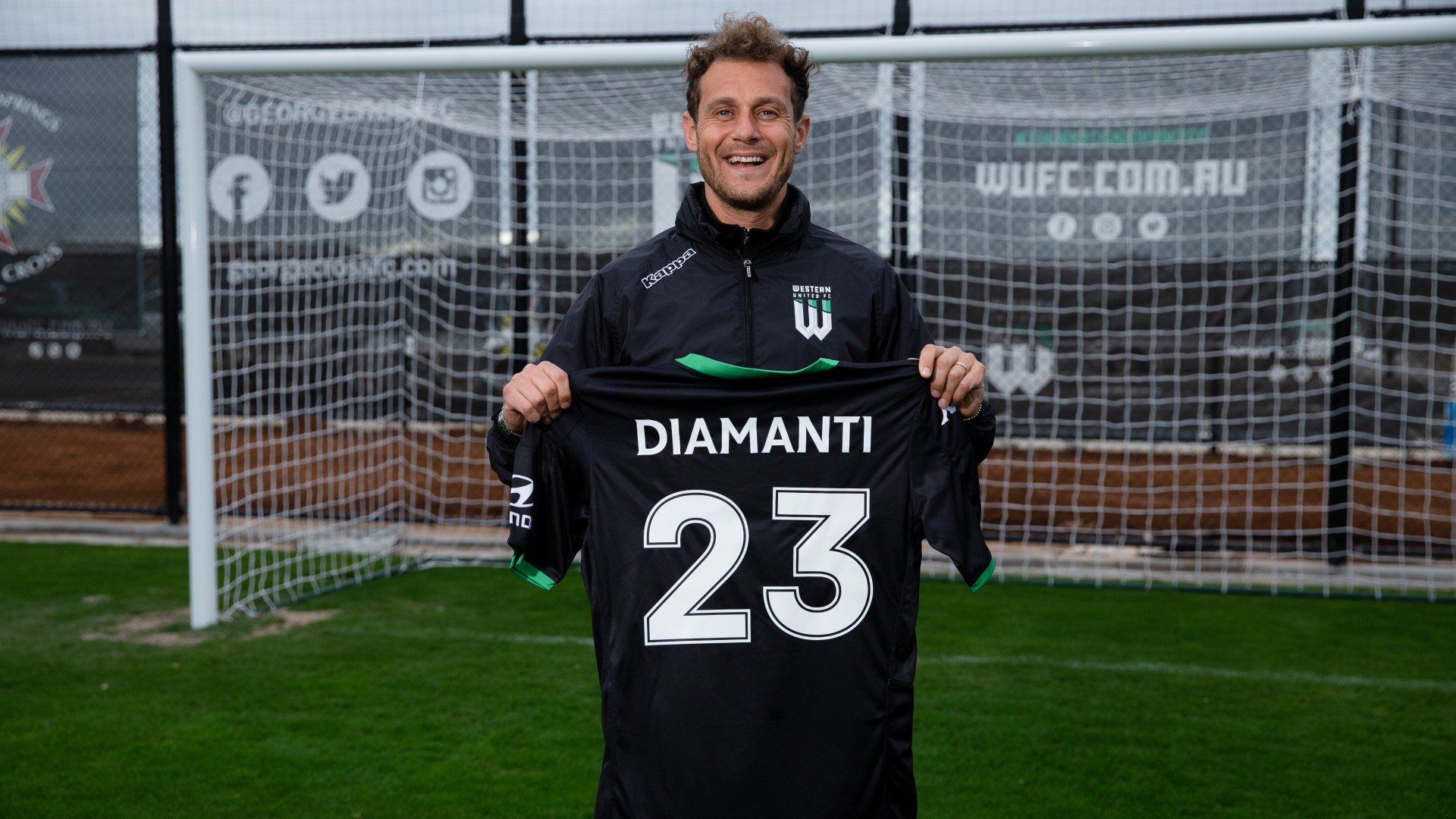 The new franchise is building quite nicely for their first campaign

Starting a team from scratch can seem a daunting proposition, but new A-League club Western United look to have compiled a quality squad for their debut season - and one than compares with the Western Sydney Wanderers side that won the Premiership at first attempt.

While there is certainly no guarantee Western United will be as successful as the Wanderers in season one - the red and black had master coach Tony Popovic at the helm - the club has so far recruited a list that looks capable of making the finals.

Italian international Alessandro Diamanti was announced as a signing on Thursday and he will provide a creative edge to Western United's attacking midfield area, which also features Greek marquee Panagiotis Kone.

The club will be hoping Diamanti has the same effect on their situation to what Shinji Ono had for the Wanderers - goals, assists and a drawcard to bring the early crowds in.

A striking similarity in the compilation of both inaugural squads is the emphasis on recruiting quality defenders - which was a strong focus of Popovic's Wanderers, who only conceded 21 goals in 27 league matches.

Western United coach Mark Rudan, like Popovic, showed a desire to build a strong backbone during his campaign at Wellington Phoenix and it's no different in his new job with signings Ersan Gulum, Andrew Durante, Brendan Hamill, Aaron Calver and Jonathan Aspropotamitis all capable of playing centre-half, while Socceroos right-back Josh Risdon and the left-sided Ivan Vujica will hold down the wide defensive positions.

Their shot-stopper, Filip Kurto, won the A-League's best goalkeeper award while a Phoenix last season and will provide a safe pair of hands between the sticks, much like the experienced Ante Covic did in the red and black.

In addition to Diamanti and Kone, the midfield features former Melbourne City player Connor Chapman, who will be itching to impress on home soil after a successful stint with Pohang Steelers that saw him named in the 2018 K-League under-22 team of the season.

Ex-Melbourne Victory midfield starlet Sebastian Pasquali also returns Down Under following three years of development at Ajax's youth academy, while Max Burgess showed his potential last season after being given a chance by Rudan in Wellington.

Like the Wanderers' first attack, which featured Dino Kresinger (two goals) and Mark Bridge (11 goals) as the main forwards, Western United look slightly thin up front with ex-Socceroo Scott McDonald likely to lead the line with former Adelaide United talent Apostolos Stametelopoulos as back up.

There is no doubting 35-year-old McDonald's goalscoring credentials, but it remains to be seen whether he can find the back of the net regularly in the A-League.

It must be noted that Western United still have two foreign spots available - with Diamanti, Kone and Kurto currently signed as visa players - and Rudan has made it clear the club is likely to target an international striker.

Finally, the coach himself will be out to prove that his successful season at the Phoenix can be repeated and ensure he continues his rise among the stock of Australian managers.

Rudan will likely set Western United out in the same back-three formation he used in New Zealand - especially judging by the volume of central defenders recruited.

All that remains is for a few more players to come in, the squad to gel together and then execute Rudan's plan.

And if Western United achieve anything near what the Wanderers did in their first campaign, it will be a hugely positive beginning to a hopefully successful franchise.