The World Cup winner started Monday's Premier League meeting with West Brom on the bench, with his value and commitment now being questioned

Mesut Ozil looks to be pushing for a move away from Arsenal and can no longer be trusted by Arsene Wenger, says Martin Keown.

The Germany international has been a regular throughout his time at Emirates Stadium, with the Gunners having invested around £42.5 million in luring him away from Real Madrid in 2013.

The 28-year-old has been a regular source of assists down the years, but his value as a luxury playmaker has been questioned at times.

Having also entered the final 12 months of his current contract, Keown believes that the World Cup winner could now be phased out – with a slight knock keeping him out of a recent trip to Chelsea, before only being named on the bench for Monday’s Premier League meeting with West Brom.

Former Gunners defender Keown told Radio 5 Live during that contest: “Ozil is the one I wouldn’t trust as much mentally, and I believe he’s not playing tonight because the gaffer really can’t trust him any more. 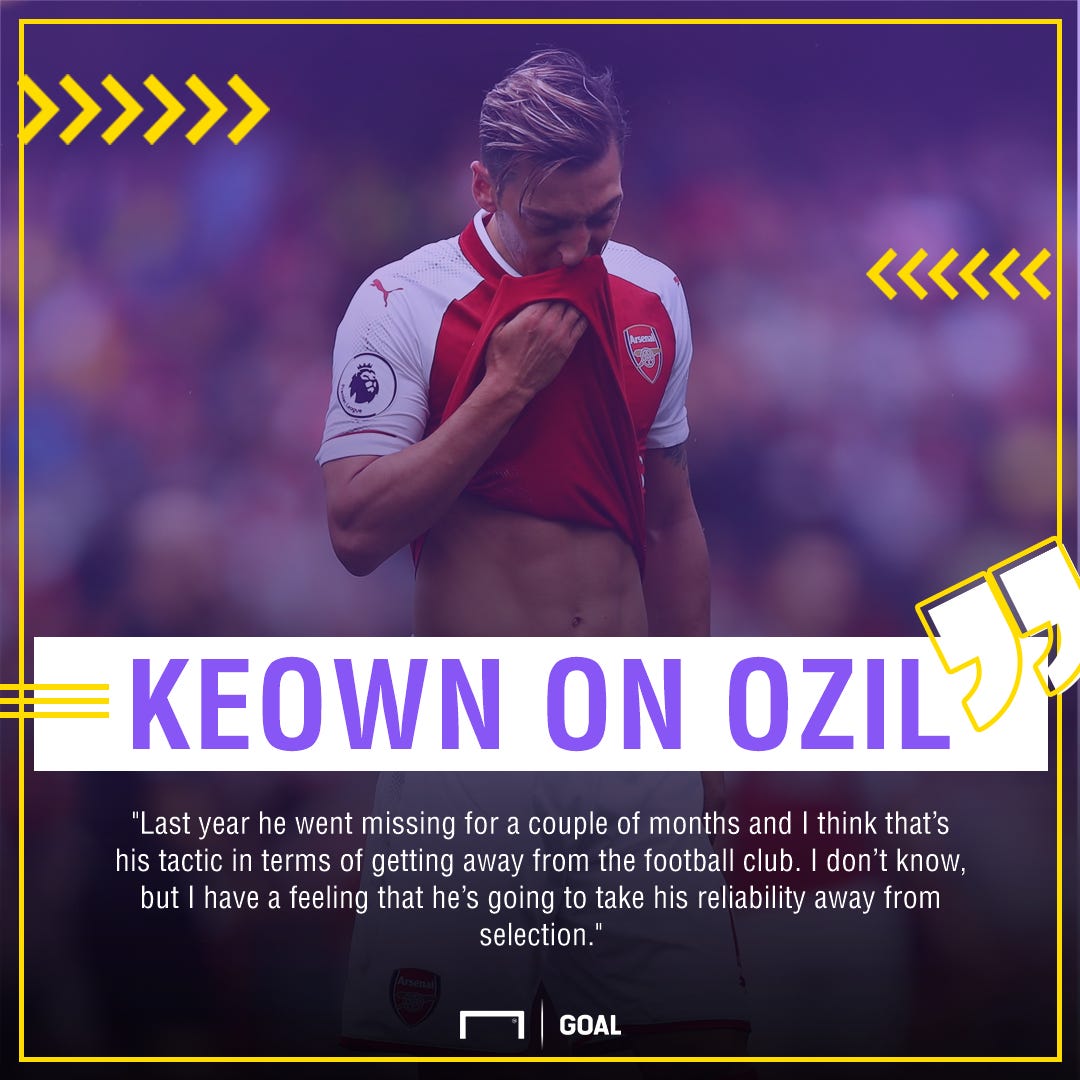 “If you look at their pre-seasons, Ozil wasn’t in the German squad in the summer, he came back on the very first day of pre-season, and didn’t then start the season, there was a bit of suspicion around him.

“Last year he went missing for a couple of months and I think that’s his tactic in terms of getting away from the football club.

“I don’t know, but I have a feeling that he’s going to take his reliability away from selection.”

Ozil now faces a fight to recapture a starting berth, with Arsenal having looked more resolute in picking up back-to-back clean sheets against Chelsea and West Brom.

They also shut out Doncaster in the Carabao Cup and are now unbeaten in five outings since the international break – winning four of those games.

Wenger’s side are next in action in the Europa League on Thursday, when they face BATE in Belarus.