Botswana outclassed Burundi 4-2 in a battle of Women’s Africa Cup of Nations debutants on Monday night.

A second-half brace from Refilwe Tholekele inspired the Mares to a comfortable win against Gustave Niyonkuru’s side inside Moulay Hassan Stadium.

After a cagey start in Rabat, Botswana took charge of ball possession, however, it was Hirondelles who had the first attempt at goal but Aniella Uwimana’s shot went wide.

Six minutes later, the opposing team went close to taking the lead but Tholakele could not find the net with only goalkeeper Eanine Irakoze to beat.

Three minutes before the half-time break, Botswana took the lead as Keitumetse Dithebe drilled home a long-range volley past Irakoze after a one-two exchange with Nondi Mahlasela.

Two minutes into the second half, Gaoletlhoo Nkutlwisang’s team doubled their lead as Lesego Radiakanyo drilled home from close range after she was teed up by Tholekele who made a darting run from midfield.

Not willing to go down without a fight, Burundi stepped up their game and pulled one goal back in the 52nd minute thanks to Sandrine Niyonkuru.

The Fountaingate Schools striker put the ball inside the net after goalkeeper Sedilame Boseja’s save from Asha Djafari’s shot fell her path.

In what happened to be a harvest of goals, Tholakele restored the Mares’ two-goal advantage when she unleashed a long-range shot past Irakoze after she was set up by Lesego Radiakanyo.

She completed her brace of the night on the hour mark benefitting from a slip from the Burundian defenders. This time, it was Mahlasela who provided the assist.

Nine minutes before referee Mame Coumba Faye brought the game to a close, Hirondelles got their second goal of the match thanks to Niyonkuru’s magnificent strike. 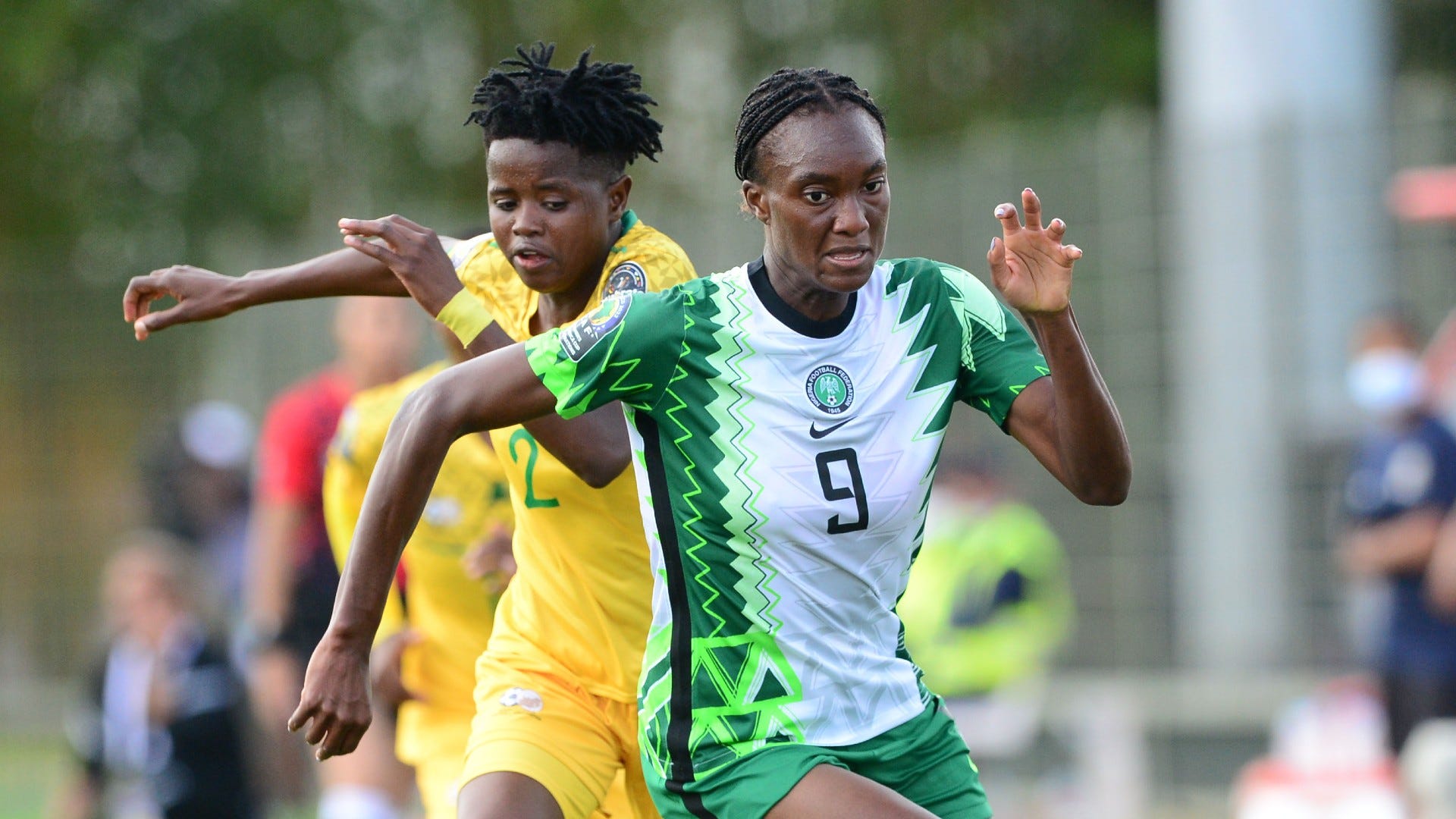 In the 92nd minute, Rasheedat Ajibade pulled one back for the West Africans, but it was too late as South Africa bagged the three points.

Nigeria would be hoping to bounce back against Botswana on Thursday night, whereas, a win for South Africa versus Burundi earlier in the day will earn them a place in the quarter-final.

What do you make of Monday's results?