‘Tom Brady doesn’t have to have kids!’ - USWNT icon Lloyd opens up on decision to retire and media criticism 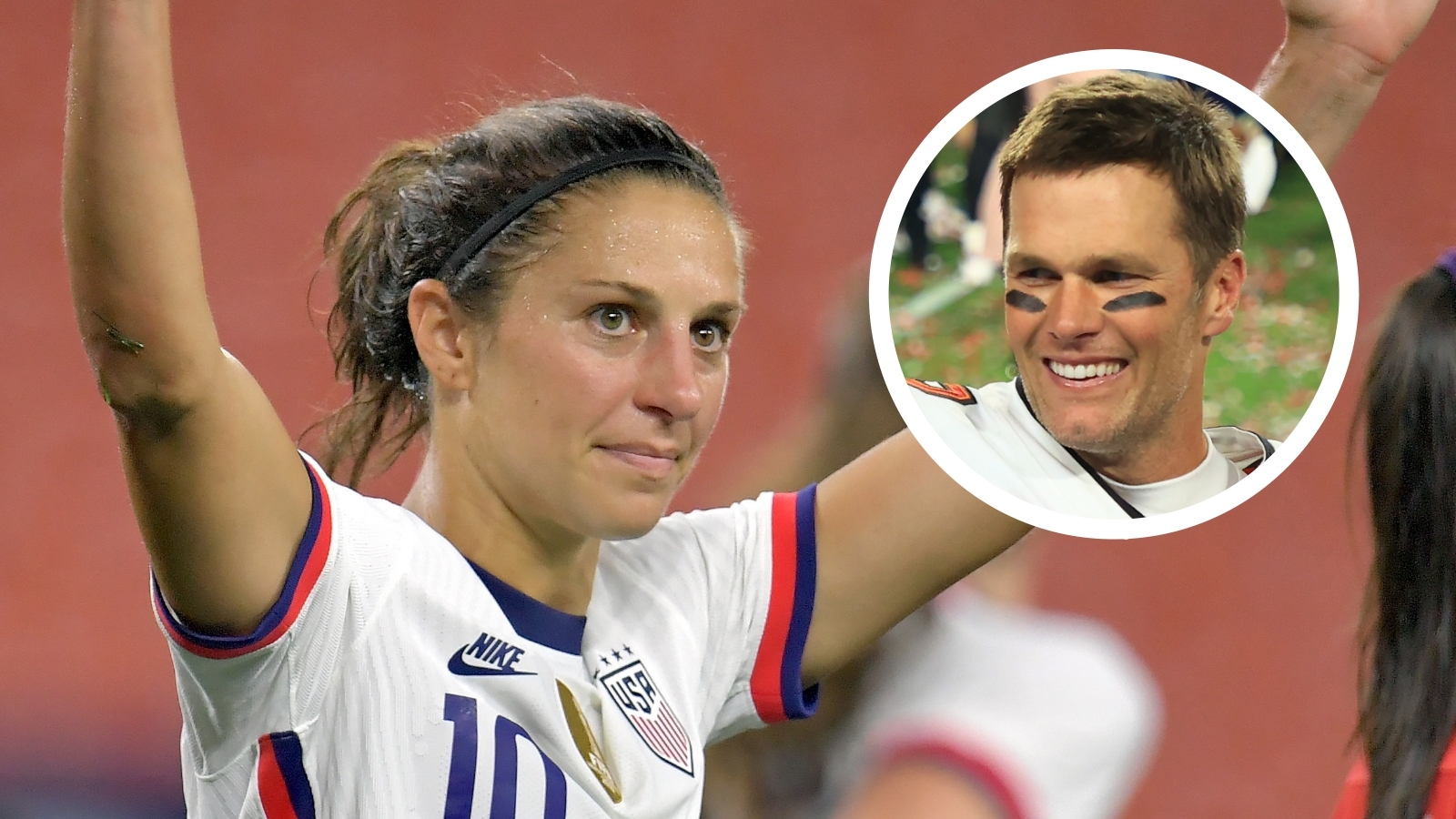 The U.S. women’s national team star reflected on her career, having announced after the 2020 Olympic Games that she will retire this year

U.S. women’s national team star Carli Lloyd has opened up on a "difficult" time after the 2015 Women’s World Cup triumph which thrust her name into the limelight.

The 39-year-old scored a hat-trick in the final in Canada six years ago as the USWNT won the title, the first of two Lloyd would win, adding to her two Olympic gold medals.

However, while that tournament would do incredible things for her, there was also a downside that people didn’t see, which Lloyd spoke to Goal about - as well as her decision to retire, which was announced earlier this year.

What has Lloyd said?

Speaking to Goal on All of US: The U.S. Women’s Soccer Show, Lloyd explained: “I did a lot in between 2005 and 2015, but the majority of the world thought that I just arrived on the team scoring a hat-trick in a World Cup final.

“Up to that point, in those 10 years or so, I wasn't really the face [of the team]. I came up big in big moments, between the Algarve Cups, between Olympics and was a mainstay on the team. I didn't have many endorsement deals, besides Nike, and so, when 2015 happened, it was as if my life had changed.

“But I think what was difficult during that point is, I was trying to take full advantage of my opportunities and thinking long term and thinking about family, retirement and all these things, and a lot of media, a lot of people, were just trashing me. 'Oh, she's got a book tour, she's worried about that, she's missing this'. No one ever asked me why I'm doing all these things, or how it's amazing for a female athlete to be getting all these opportunities.

“You fast forward to now, it's like the norm. That was really difficult, because if I didn't take advantage of all of that, I would have regretted it. No one asked me. No one was intrigued. They just had to dive into the negative of thinking that I don't care about the NWSL and I don't care about performing.

“It was actually extremely, extremely difficult for me because I was having to find ways to train, often times in a hotel, run up and down hotel stairwells while I'm on appearances and juggle life, NWSL, national team, performing and then all my off the field opportunities. No one asked me that.”

Why is Lloyd retiring?

Lloyd also talked about her decision to retire, which was announced after the 2020 Olympic Games.

Having scored winning goals in the gold medal matches in 2008 and 2012, Lloyd came up big again, scoring twice in the bronze medal match in Japan. It continued fine form that the forward has shown this year, form that suggests she could carry on for several more years if she wanted to.

Asked why she chose to hang up her boots, rather than emulate NFL quarterback Tom Brady, who won his seventh Super Bowl this year at the age of 43, Lloyd said: “Well, Tom Brady doesn't have to have kids, that's the one thing for starters! My husband, Brian, and I are eventually going to start a family so the clock's kind of ticking on that.

“It gets to be a little tiring, you know? Being away from home, the travel and, to be quite honest, having to stay at the top and prove people wrong. It is exhausting. It takes endless work, day in and day out and I'm just ready to kind of shift gears and start this next chapter and live my life and do a lot of things that I've put on hold for so many years.”