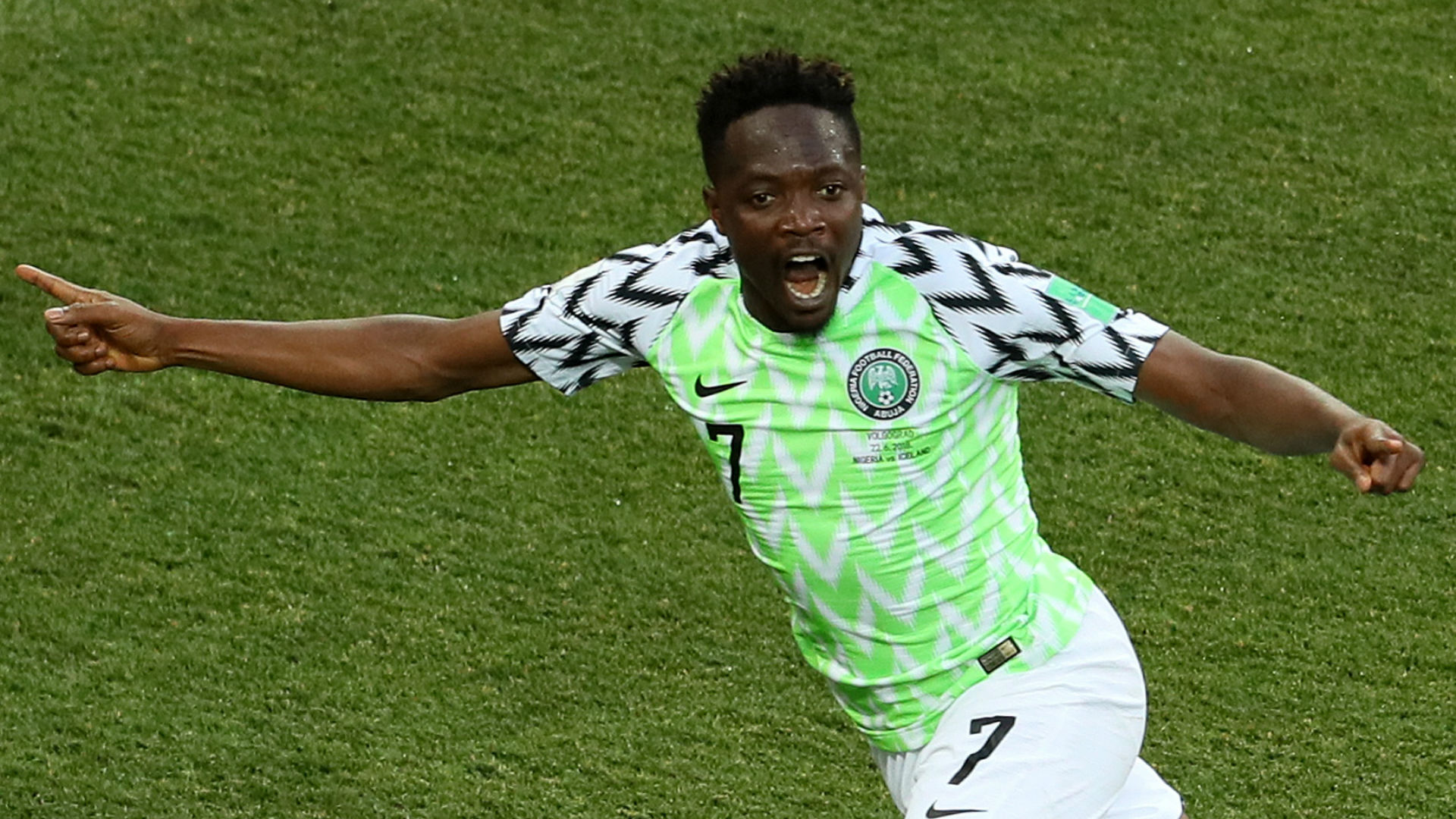 Former Leicester City forward and Nigeria captain Ahmed Musa has opened up on his journey to stardom and the difficulties he faced.

The forward revealed he started his career as a goalkeeper while in primary school and was so good in the position he was made the school’s games prefect.

Musa later switched to an outfield player and joined GBS Football Academy and his pace and dazzling skills distinguished him in the youth team.

It did not take too long before he was noticed by Nigeria Professional Football League (NPFL) clubs and subsequently teamed up with JUTH on loan.

His breakthrough came when he joined Kano Pillars on another loan move and went on to score 18 league goals in the 2009-2010 season, becoming the first player to achieve the feat in the NPFL.

"When I was in primary school in Jos, I was a goalkeeper. I started as a goalkeeper, I don't even know what brought me to start playing as an outfield player," Musa said on Instagram Live.

"Yes, I enjoyed the role. In primary school, I was the games prefect and I was one of the best goalkeepers in the primary school".

After his eye-catching performances in the Nigerian league, he signed for VVV-Venlo in 2010 but the move was delayed because he was still 17 years of age.

In October, he joined the Dutch side when he turned 18 years and explained he wanted to return to Nigeria due to the weather conditions in the Netherlands.

"They saw me when I was playing in the Wafu home-based tournament in Abeokuta when Nigeria hosted and we won,” he continued.

"I signed my professional contract here in Abuja but I couldn't travel because I was 17 then I had to wait until I was 18.

"When I was 18, I flew to Holland, only had two training sessions before I played my first game, it was not that easy and the weather was crazy.

"I was crying when I was playing because of the cold. One day I said to myself I can't make it and need to go back to Nigeria but we Africans have one mentality - that whatever you want to do you can achieve it.

"I was saying I'm going to get to deal with it and my agent told me with time I'll get used to the weather.”

His form generated interest from a number of European clubs before settling for Leicester in 2016, who were recently crowned Premier League champions.

The winger revealed he joined the Foxes because of the assurance given him that their star-forward Riyad Mahrez was on his way out of the club.

The Algeria international did not, however, leave the King Power Stadium until the summer of 2018 when he moved to Manchester City.

Musa’s game time at the club was limited, and he featured in only 21 league matches during his two-year stay as he was behind Mahrez in the pecking order.

“Before they signed me at Leicester City, they told me Riyad Mahrez was leaving. If I knew that Mahrez is going to stay, I will not join Leicester, I would have stayed at CSKA Moscow,” he added.

“When I came, we had a lot of wingers at Leicester City, yet, I still got the chance to play.

“Claudio Ranieri always played me behind Jamie Vardy sometimes I play from the right or left-wing. But after they sacked Craig Shakespeare I don’t know what happened anymore.”

In 2018, he moved permanently to join Al-Nassr, signing a deal that will keep him at the Saudi Arabian club until 2022.

The forward has revealed his intention to see out his contract, thus, shutting down the speculation about his imminent departure from the side.

“Those are rumours linking me away from the club. I love playing for my team [Al Nassr] and I will love to finish my contract with the club,” he concluded.

Musa has 91 caps for the Super Eagles and has featured in two World Cups in 2014 and 2018, where he shone as Nigeria's standout player in the competition.

He was also part of the Nigerian team that won the 2013 Africa Cup of Nations in South Africa under the guidance of Stephen Keshi.