Supporters across Africa have described Pitso Mosimane's move to handle Al Ahli Jeddah as an upgrade and majorstep towards coaching in Europe.

WHAT HAPPENED? The 58-year-old returned to the dugout after he took charge at the Royal on Sunday. Though the Saudi Arabian club did not divulge the duration of contract signed, the South African is making a comeback to football management after leaving Al Ahly on June 13, ending a 21-month stay with the Egyptian giants.

WHAT THEY SAID? Mosimane's decision to take up a job at a relegated side has left many fans discussing his move on social media, with a majority supporting his next step and seeing it as further evidence that he's destined for a big job.

Good lucky Mr Jingles Pitso Mosimane go and represent us well as you did in South Africa and Egypt take them up from 7 to be Champs in u I believe. pic.twitter.com/ENdzDBkDcy

BIG Congrats to the son of the soil, Pitso Mosimane for being appointed as the head coach for the Saudi Arabia-based club, Al Ahli Saudi FC 🇿🇦❤️🇸🇦

"Mosimane will one day coach Manchester United... proud of you 👏," SliQ Jae opened the debate on Facebook while Mluleki Green said: "Good lucky Mr. Jingles Pitso Mosimane go and represent us well as you did in South Africa and Egypt take them up from seven to be the champions, in you I believe."

TK_Nala opined: "BIG Congrats to the son of the soil, Pitso Mosimane for being appointed as the head coach for the Saudi Arabia-based club, Al Ahli Saudi FC 🇿🇦❤️🇸🇦. "Well deserved 💯💯" 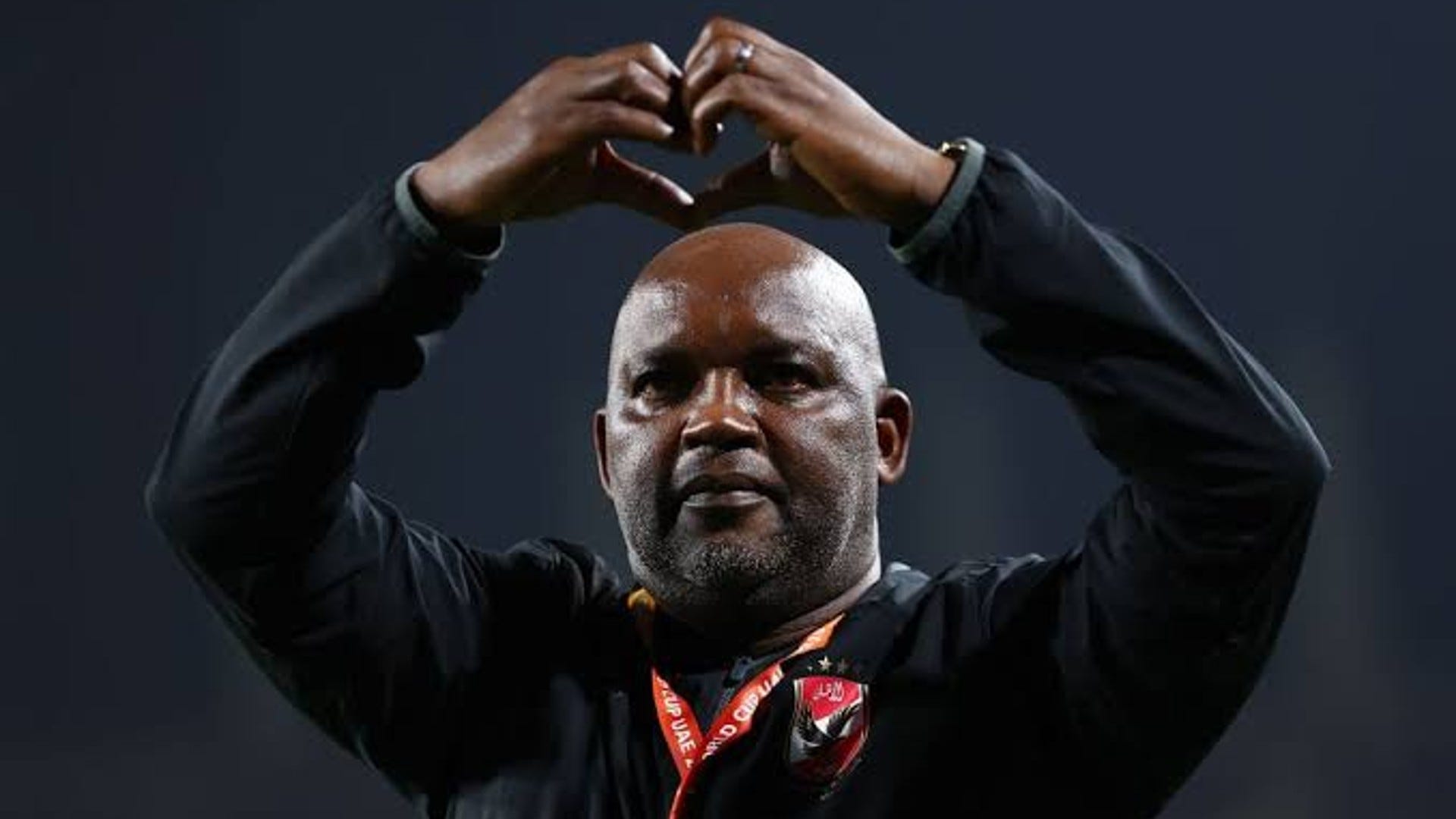 Kevin Daniel added: "Pitso Mosimane's move to Al Ahli is an upgrade. The dream is to coach big teams outside of Africa, and he's doing it, starting with Al Ahli SC. The vision is clear. Great things take time. Goodluck."

Uchenna Kenneth explained: "Congratulations Pitso hoping to see you coach an EPL team soon," while Etini Peter wrote: "Big one, big money, he will flourish there."

However, Vincent Brian is against the move: "It is a very risky job, he needs to get them promoted and I know if he loses a single game, they will fire him."

THE BIGGER PICTURE: Mosimane took up a job at a side which was relegated from the Saudi Professional League in the 2021-22 campaign. His immediate task is to help the outfit get promoted to the top flight.

They are currently sitting seventh on the 18-team table with eight points from five matches. Al Ahli have won two matches, drawn two and lost one.

WHAT NEXT FOR MOSIMANE? His first assignment in charge of the team will observe Al Ahli come up against Jeddah in a Division One fixture at King Abdullah Sports City on October 5.

The second match will see the Royal take on Najran at the same venue on October 11 before they travel to face Al-Riyadh at Prince Turki bin Abdulaziz Stadium on October 17.

Did the South African make the right decision to coach in Saudi Arabia?