After ugly scenes after the final whistle in the play-off first leg encounter between the teams, NEUFC are seeking action against Bengaluru officials

NorthEast United FC have lodged an official complaint with the match commissioner after distasteful incidents after the conclusion of the first leg of their Indian Super League play-off tie against Bengaluru FC.

The Highlanders had triumphed 2-1 after a dramatic injury-time penalty, awarded after Harmanjot Khabra had wrestled Juan Cruz Mascia down in the penalty box, was converted by the Uruguayan forward.

Though the situation was diffused soon, the Highlanders have gone on to register an official complaint against Bengaluru FC assistant coach Gerard Zaragoza and Spanish midfielder Dimas Delgado.

The Highlanders have accused Zaragoza and Dimas of physically assaulting Onteng and Kadam during the altercation. 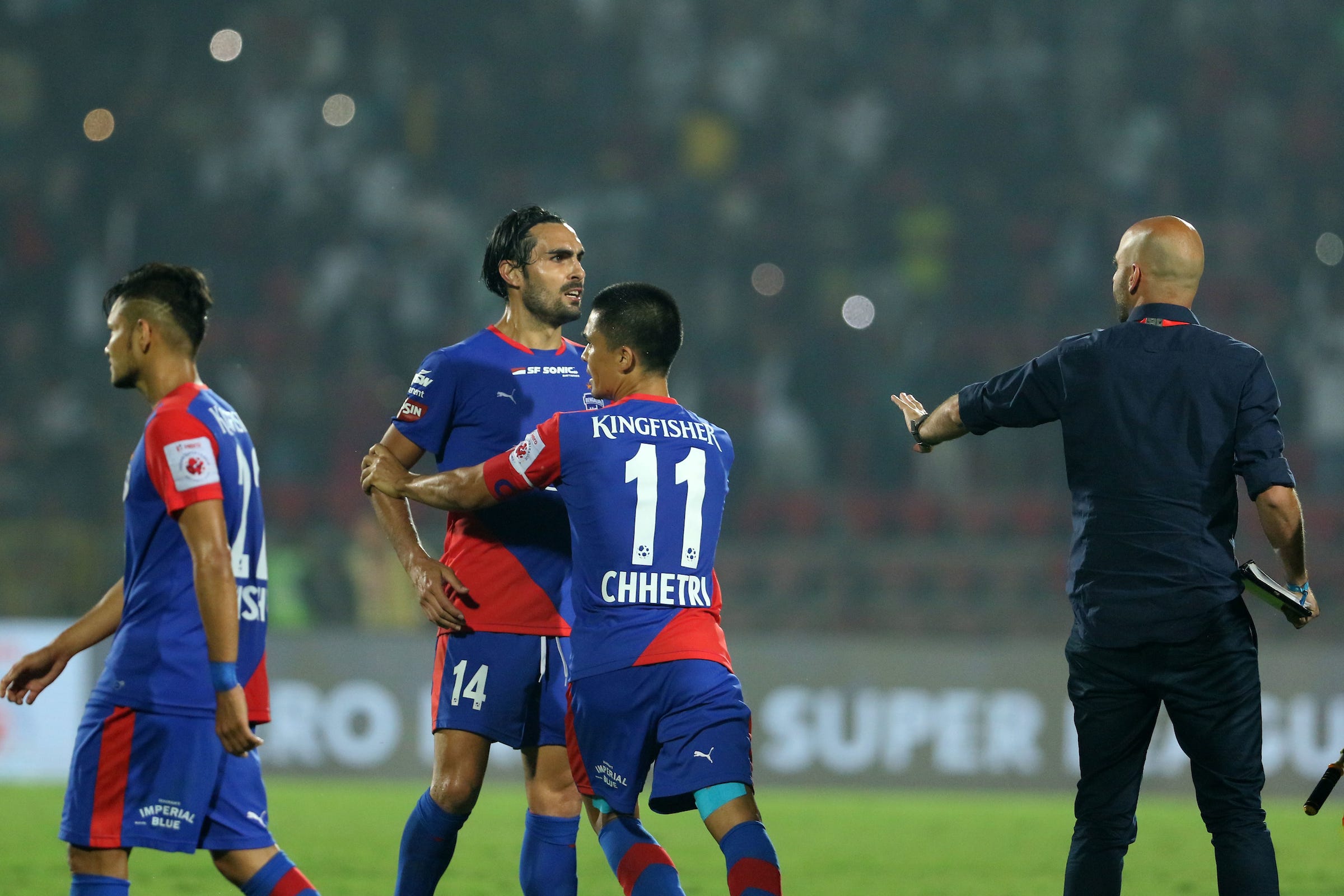 The League Secretary of the ISL and match commissioner now have a decision to make and Goal has come to know that the latter has already requested video footage of the incident from the TV broadcasters.

Should the Bengaluru FC duo be meted out any punishment, it could potentially endanger Dimas' participation in the return leg in Bengaluru. With the Blues trailing the tie 2-1, coach Carles Cuadrat will be a concerned man.