'Never heard of him'! Newcastle's record signing Almiron will shut up ignorant critics 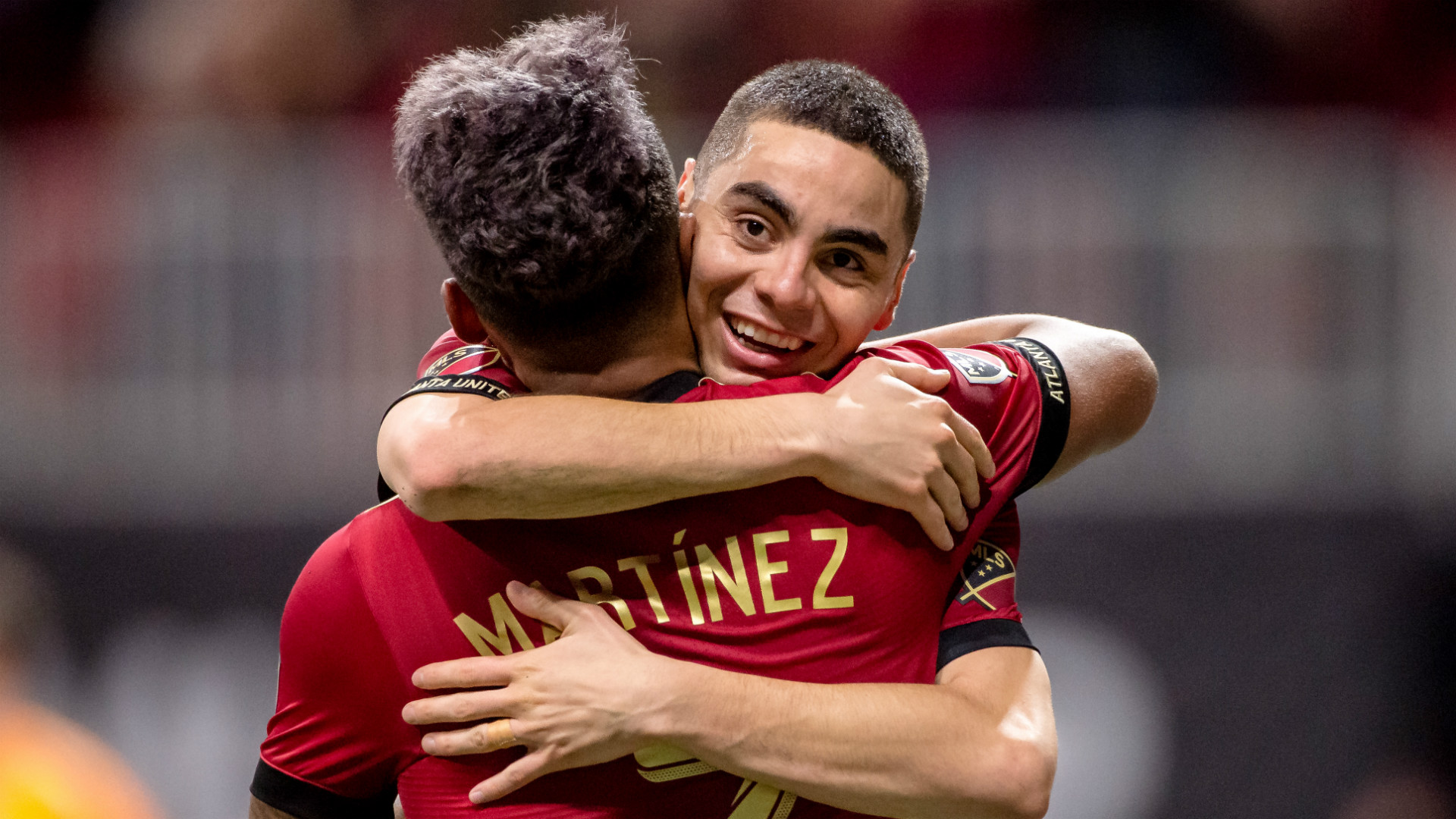 Danny Mills may have his doubts, but the 24-year-old Paraguay star became an MLS idol and is now gearing up to make a splash in the Premier League

A title winner in three different nations and the fulcrum of Paraguay's exciting young national team, Miguel Almiron can now boast of a new distinction: he has just become the most expensive player in Major League Soccer history.

Newcastle United and Atlanta negotiated furiously over a deal first mooted in December, finally coming to an agreement worth an estimated $27 million (£20m) right at the end of the January window . The deal marks a new era for the top level of the game in the United States, even if Almiron is yet to convince everyone in his new adopted nation

“It's not a signing that makes you go 'Oh wow, this is inspiring’. It may be a record signing but it’s not that stellar signing who you know is going to score goals.

"He is very much an unknown. He might take time to settle as well.”

We may equally doubt whether Almiron has ever heard of Danny Mills, and whether stating that one has never heard of a player when called upon to pass comment is really acceptable in the 21st   century with countless sources of information available at the click of a button or swipe of a screen. But Mills and any other doubters should be wary of writing off Almiron purely based on the league where he has starred for the last two years.

Current MLS champions Atlanta United have transformed the league since the franchise began life back in 2016. Eschewing the established US model of combining promising domestic talents with middle of the road talents or famous stars on the way out of football, the team coached by Gerardo Martino until Tata took up the reins of Mexico at the end of the last campaign chose a different path.

MIGUEL THE MAGPIE: Just in case you missed it, here's the full story on Miguel Almirón's arrival on Tyneside.

Martino spearheaded a team committing to landing the cream of young South American prospects, packing the squad with Under-23 hopefuls in a drastic departure from the norm.

Now, with confirmation of Almiron's move to St. James' Park, the Georgia team once more break new ground: as a stepping stone between South America and Europe for players blessed with everything it takes to break into football's elite.

Still just 24, it is easy to see why the Paraguay international caught the eye of those in charge at Newcastle. Almiron is the epitome of a modern playmaker: strong in the pass, equipped with outstanding vision and technical ability, but also with the physical attributes to match. Perhaps most notable is his speed with the ball, which similar to Lionel Messi almost matches his movement out of possession.

His finesse around the penalty area allowed Josef Martinez to become MLS' most lethal striker - a fact that may encourage his new strike partner, fellow Venezuelan Salomon Rondon. But Almiron does not just provide for others. To his 14 assists in 2018 he added a further 12 goals, meaning that in 32 league outings he participated in almost a goal a game.

It is also true, of course, that no matter how good Almiron's track record has been so far, that means little in the face of the step up in quality that a move to the Premier League would entail. Nothing that the Paraguayan has faced so far in MLS compares to the heightened competition which is the norm in England's top flight, making any move by necessity a gamble on the Magpies' part.

But 'Miggy' is used to pushing himself. He faced the same challenge when leaving Cerro for the vastly superior Argentine Primera Division barely out of his 20s, and took Lanus to the title within 12 months. Next came the challenge of adapting to a wholly new culture and new language thousands of miles from home in the US, and yet another unqualified success.

As former coach Martino explains, moreover, it is not merely Almiron's outrageous statistics that mark him out as a star.

"Miguel has a commitment to the team, I’m talking about his commitment to winning the ball back, pressing, he’s a player that’s always working,” he said to reporters.

“He’s an atypical number 10. Because he gives you everything that a number 10 gives you and he probably dispossesses players like a defensive midfielder.

“So as a player who always works hard, he’s never absent in a game, even a game where your team isn’t dominating the offensive facet of the game.”

It remains to be seen whether those qualities will make him a hit in the Premier League. But nevertheless, to write Almiron off before he has even kicked a ball in anger for Newcastle on the basis of stubborn ignorance is a huge mistake.

So far Almiron has taken on and overcome every single challenge that has been placed in his path. Proving Mills and the other sceptics wrong is just the latest test for this remarkable young man, and if he succeeds he will go a long way towards proving MLS is a competitive league in its own right and not just a comfortable retirement home for over the hill European stars.