At first glance Mustafa Amini's decision to join AGF may seem confusing but the 23-year-old's gamble has the potential for generous dividends.

A club that has suffered relegation three times in the past 11 years and hasn't finished in the top three of their domestic league since 1997 would rarely be considered an exciting opportunity, but AGF hold a special position within Danish football.

AGF are the great 'what if?' of the Danish Superliga.

Having brought in coach Glen Riddersholm midway through last season, AGF appear to be making the right moves to cash in on their potential, with the 44-year-old manager having led FC Midtjylland to their breakthrough Superliga title in 2014-15.

Excitingly for Amini, Riddersholm is planning to make the Australian midfielder a key part of his team in 2016-17.

If Amini can match Riddersholm's expectations and bring success to AGF, he will become a legend in the city of Aarhus and could finally start to fulfil the potential he showed as a teenager with Central Coast Mariners.

AGF haven't won the Danish championship since 1986, while their last major piece of silverware was the 1996 Danish Cup.

While capital city clubs FC Copenhagen and Brondby have dominated the Superliga over the past couple of decades, AGF have stuttered from one false dawn to another.

The expectations of AGF's fans have become something of a national joke - just one win at the start of the season can be enough for some fans at Ceres Park to sing about the title. 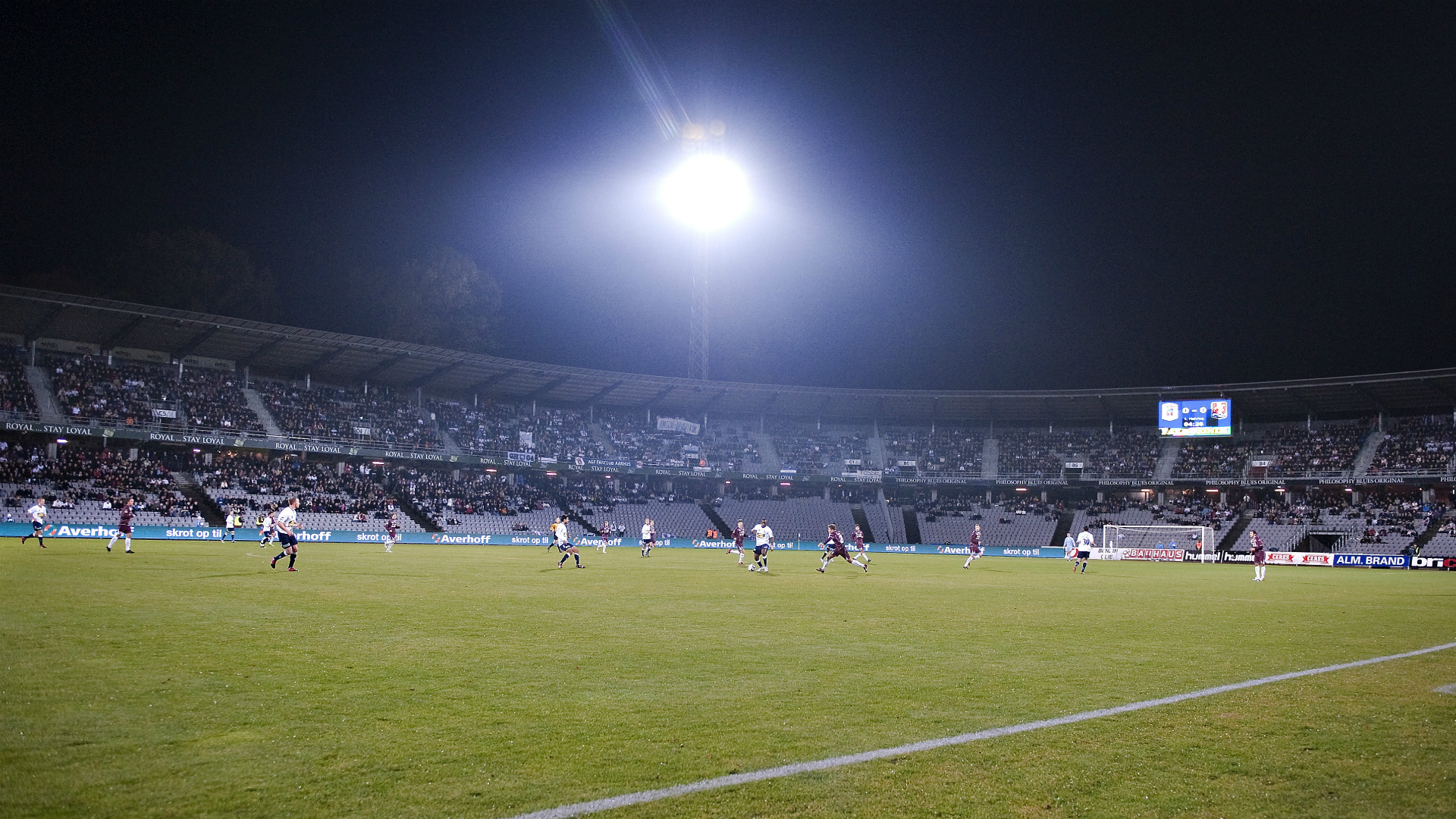 In many ways, Aston Villa is a reasonable facsimile for AGF.

Both clubs have a proud history and hail from the second-largest city in their country.

Both are in the midst of a long trophy drought but retain a large fan base.

Asked why he chose AGF on Thursday, Amini told the club's YouTube channel: "It's a big club, big ambitions, you know.

"I watched the [Danish] Cup final [where 20,000 AGF supporters watched their side lose 2-1 to FC Copenhagen] and I saw the fans and I can't wait to play for these fans."

One of the main reasons Amini has left Randers for AGF is to regularly play in his preferred position of central midfield.

Not only does Riddersholm plan to use him there but the Danish coach's playing style should also set Amini up to break into Ange Postecoglou's Socceroos squad.

Not long-ball direct but - similar to Postecoglou - where his players pass forward at every opportunity and look to keep the pressure on their opponents with high-octane football.

Very happy to announce that I have signed with @AGFFodbold. Looking forward to the new season ahead. pic.twitter.com/vwzwnetMRL

If Amini can thrive in such an environment, he will be perfectly prepared for a national team call-up.

Riddersholm's AGF stint didn't start well - he failed to win one of his first 10 Superliga fixtures.

But having taken the club to the Danish Cup final, Riddersholm started to see some success in the last month of the season, as AGF claimed three wins and one draw in their last five league games.

The goals flowed too - 13 in five matches.

"We've seen after the Cup final that we finished off well with two points on average per game in the last five," Riddersholm told AGF's YouTube channel this week.

The pressure will be on

The 2016-17 Danish Superliga season will begin on July 15, with AGF to open their campaign two days later.

With three weeks until the Superliga returns, the pressure on Riddersholm is already increasing with AGF having seen seven players depart in the off-season, while Amini is only the third to arrive in Aarhus.

Riddersholm admitted this week that AGF's recruitment isn't progressing as quickly as he would like.

"We are missing a lot of players, so I have to say that it really isn't an ideal situation," Riddersholm told Aarhus Stifstidende.

"I'm happy to admit that but it shouldn't be an excuse."

AGF fans aren't known for their patience and with four very winnable games in their opening five fixtures, Amini and Co. will need to hit the ground running.

It is this pressure that Amini is keen to embrace after getting used to a similar atmosphere during his time at Borussia Dortmund.

History suggests AGF are far more likely to be battling relegation than to finish in the top six and qualify for the end-of-season play-offs that the Superliga will introduce in 2016-17, but it is this brave gamble that is exciting for Amini and Socceroos fans.

As a major off-season acquisition, Amini will be expected to lead on and off the field.

If he thrives, Postecoglou and Australia could be the major beneficiaries.