Newcastle Jets striker Aleksandr Kokko fractured his jaw against the Central Coast Mariners on Sunday and will have surgery on Monday.

Mariners forward Josh Bingham collided with Kokko in the penalty area in the 88th minute of the F3 Derby at McDonald Jones Stadium as the former headed the ball out for a Jets corner.

Newcastle were chasing a late winner after coming from behind at home but had to settle for a 1-1 draw with Central Coast.

Kokko went down clutching his face after his clash with Bingham and scans on Sunday night confirmed his jaw was broken.

Newcastle revealed on Monday that the Finnish centre-forward is scheduled to have surgery but no timeline has been mentioned in terms of his potential return to A-League action.

The injury continues Kokko's frustrating start to life in Australia with the 29-year-old having missed three games with an Achilles tendon problem earlier in the season. 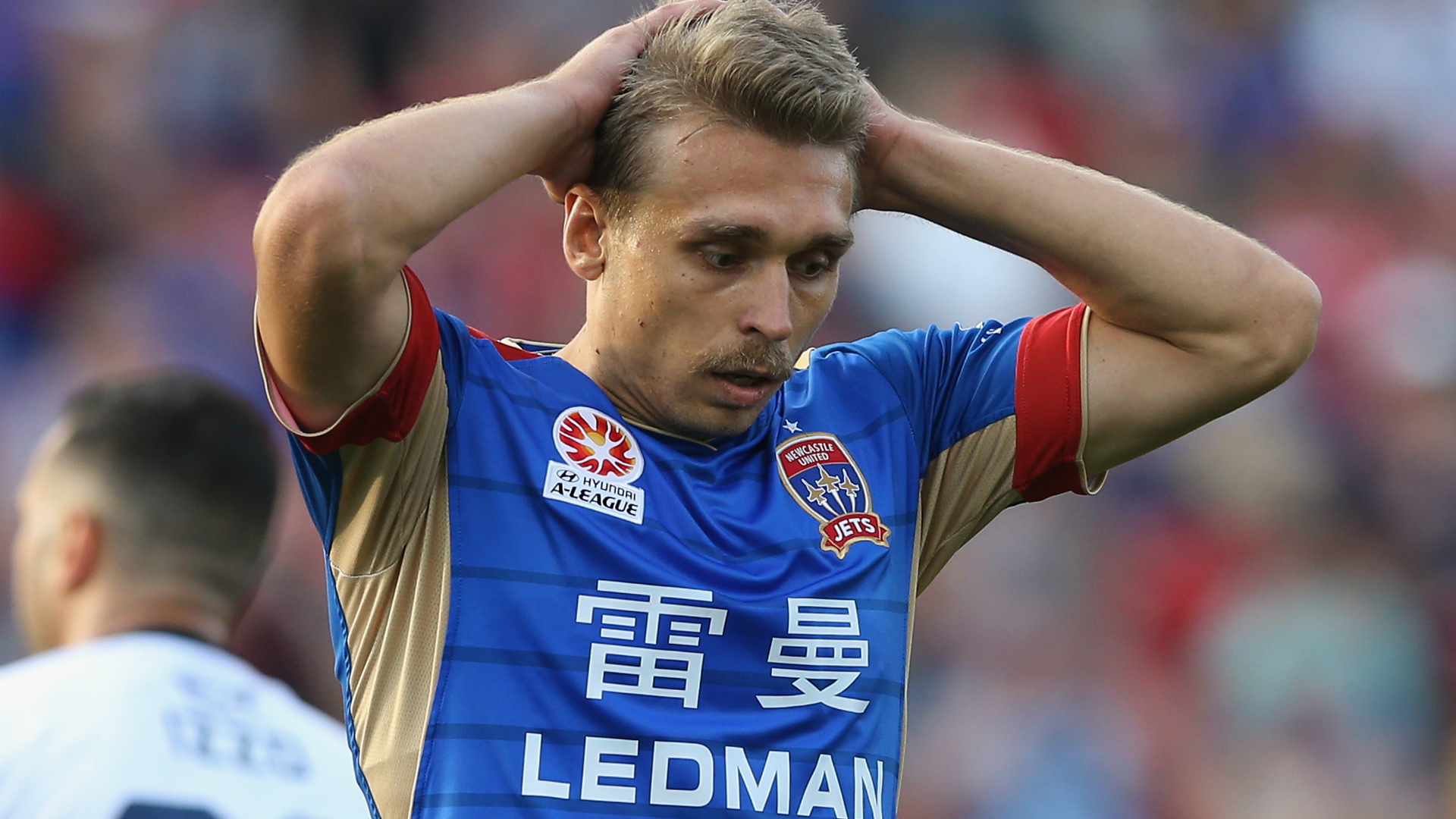 Kokko has started just two of the Jets' seven A-League matches in 2016-17 and has failed to score in his 154 minutes in a Newcastle shirt.

Newcastle have had a dreadful run with injuries this term with Ben Kennedy, Nigel Boogaard, Daniel Alessi and Daniel Mullen amongst the Jets' long-term absentees.