With the Primera Division set to kick off on Saturday, Goal takes a look at some of the talent that could rise to prominence over the course of the campaign
By Ben Hayward | Spanish Football Writer

La Liga is back again this weekend and there will be much expectation as many of the world's top players gear up for action in Spain's showpiece competition.

Many of the protagonists are already well known. Lionel Messi, Cristiano Ronaldo, Neymar and Gareth Bale are all incredibly popular, while new arrivals like Luis Suarez, James Rodriguez, Mario Mandzukic and Toni Kroos have also caught the imagination ahead of the new season.

But what about the next generation? Last season saw the breakthrough of players like Real Madrid's Jese, Athletic Club's Aymeric Laporte, Barcelona's Marc Bartra and Valencia's Juan Bernat (who moved to Bayern Munich this summer).

This time, there are plenty more ready to make their mark in La Liga and here, Goal picks out eight who could break through and shine in 2014-15. 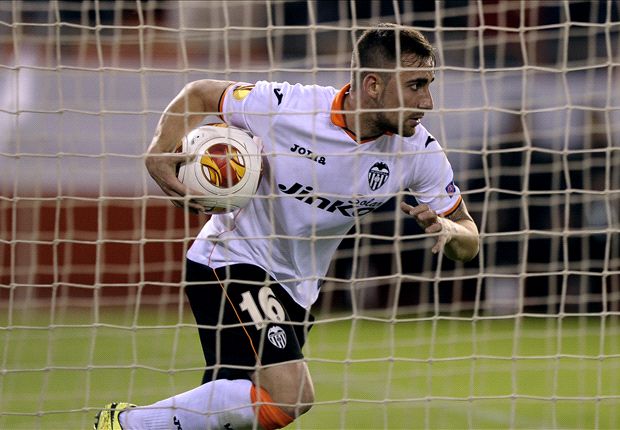 Valencia almost let Paco Alcacer leave on loan last season, but kept the striker in their squad and were rewarded for doing so, with the youngster netting 14 goals from 37 appearances, including a hat-trick as the club overcome a 3-0 first-leg deficit to beat Basel 5-3 on aggregate in the Europa League quarter-finals.

Twice a European champion with Spain at Under-19 level, Alcacer emerged through Valencia's youth system and spent a season on loan at Getafe in 2012-13.

Short in stature but technically gifted and a clinical finisher, the forward has been compared to a previous Valencia great, David Villa, and looks set to start this term as the first-choice striker after a fine pre-season, which included a great goal against AC Milan. 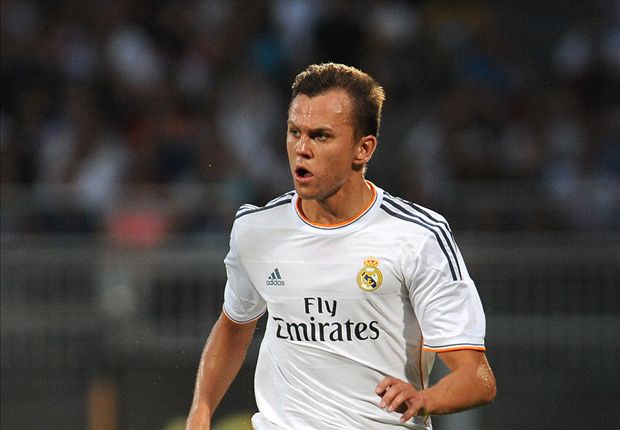 Denis Cheryshev belongs to Real Madrid but has had little opportunity to make his mark at the Santiago Bernabeu, where he was handed his debut by former coach Jose Mourinho in 2012-13.

The winger, already a Russian international, then spent last season on loan at Sevilla but made only five appearances during an injury-interrupted campaign.

Despite his lack of games, Sevilla were keen to make the deal permanent but Madrid were unwilling to sell and the midfielder has joined Villarreal on loan instead, scoring in the recent friendly win over Swansea and impressing for the Yellow Submarine in their 3-0 Europa League victory over Kazakhstan's FC Astana on Thursday.

Cheryshev, 23, signed a new Madrid deal last year after Ancelotti intervened personally. The Italian wanted to switch the Russian to a full-back role but his father Dmitri (who played in Spain for Sporting Gijon between 1996 and 2001) said: "Ancelotti wants him to play as a full-back, but Denis wants to play in his position. He can continue to grow and progress." Just not at Real Madrid ... not now, at least. 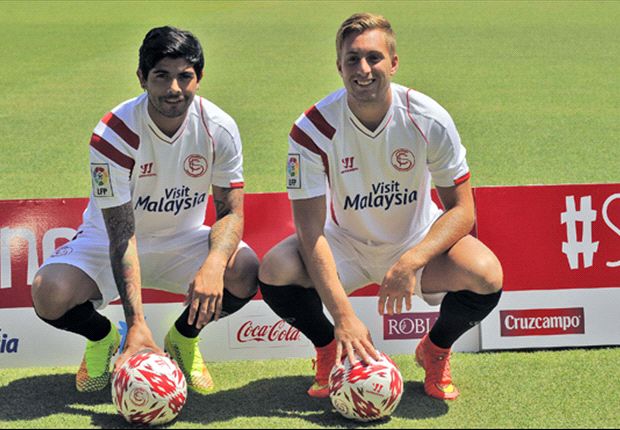 Like Cheryshev, Gerard Deulofeu (above, right) has had to seek playing time away from his parent club and the Barcelona winger will be looking to build on last season's successful season at Everton - only this time at Sevilla.

Duelofeu admitted he was surprised when new Barca boss Luis Enrique told him he wasn't part of his plans in 2014-15, but is eager to work on his game under Unai Emery at the Sanchez Pizjuan. "I want to have a good year because it's key for my career," he said this week.

Gifted with extraordinary technique and a myriad of tricks, the 20-year-old is an extremely skilful player who should shine brightly in Andalucia, where he will look to work on his decision-making and his defensive contribution to become more of a team player.

"He can beat players, makes diagonal runs, scores goals and provides assists," the Sevilla coach said. And Spain boss Vicente del Bosque added: "I'm sure Emery will get the best out of Deulofeu." 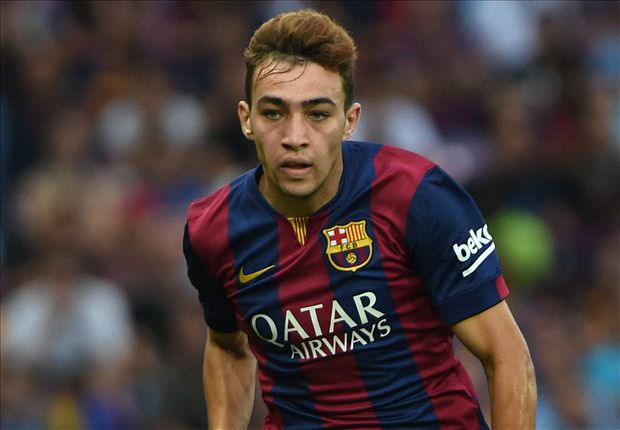 One youngster who will be at Barcelona this season is striker Munir El Haddadi, who is only 18 years of age but shone for the Catalans in pre-season and finished as the club's top scorer in their summer matches with four goals.

Born in Madrid but of Moroccan descent, Munir came to prominence when he scored 32 goals in 29 games for capital club Rayo Majadahonda as a 15-year-old and immediately interested a host of top teams before moving to Barcelona's academy in 2011.

The striker only made his debut for Barca B late last season, scoring four goals in 11 appearances in Segunda, but now looks set to feature for the first team and could get chances early on following his fine form, especially as Luis Suarez is banned until the end of October.

"We knew that Munir had the quality," Luis Enrique said recently. "How far he goes depends on him." 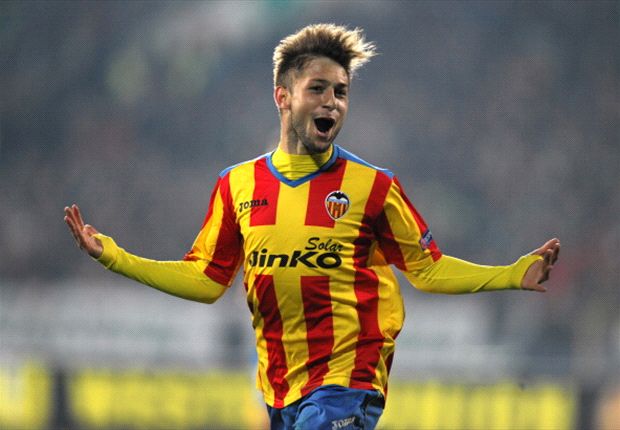 Federico Cartabia is an attacking midfielder born in Rosario, a city which also produced both Lionel Messi and Angel Di Maria.

He is just 21 and came to prominence at Valencia last summer, going on to make a total of 40 appearances for the Mestalla-based outfit in 2013-14.

Many of those were from the bench, however, and the winger who is nicknamed 'Messi' due to his similar playing style to the Barca forward, will spend this season on loan at promoted side Cordoba.

"He is an exciting player and looks like one for the future," former Valencia striker and Argentina World Cup winner Mario Kempes said last year. "I hope to really break through this year," the player said after making his loan move earlier this summer. 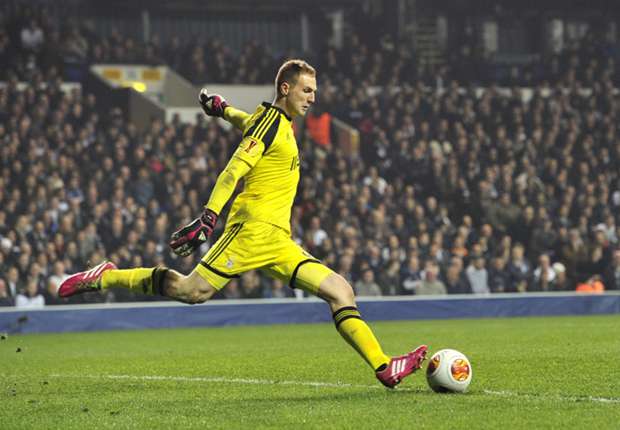 Things have happened quickly for Jan Oblak. The 21-year-old goalkeeper began 2014 on the Benfica bench, but became first choice in January, went on to claim the Goalkeeper of the Year award in Portugal, won three trophies and subsequently sealed a summer switch to Atletico Madrid for €16 million as a replacement for Thibaut Courtois.

At 1.86m, the Slovenian shot-stopper is somewhat shorter than Courtois but is considered one of Europe's top young goalkeepers and that was reflected in his hefty price tag.

Oblak is agile, comfortable with his feet, boasts quick reflexes and commands his area with confidence. Currently troubled by a hip problem, he is expected to establish himself as the club's No.1 goalkeeper ahead of Miguel Angel Moya once he makes a full recovery.

Claims emerged this week that Atletico had offered Oblak back to Benfica in part-exchange for another player following concerns about his fitness, but club president Enrique Cerezo said: "That's not true. It's the first time Atletico have spent so much on a goalkeeper, but he's one of the best in Europe." 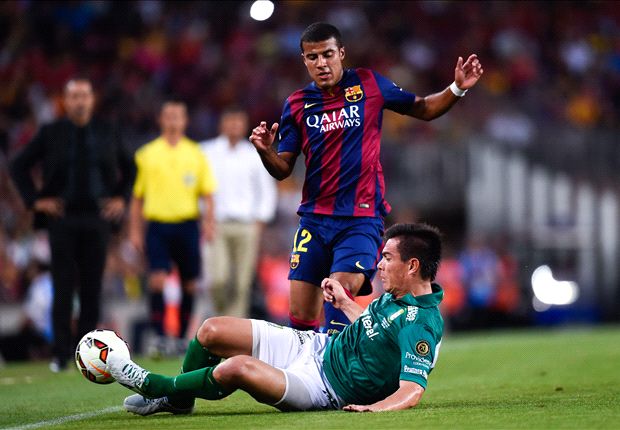 Rafinha is the younger brother of former Barcelona and current Bayern Munich midfielder Thiago Alcantara and their father, 1994 World Cup winner Mazinho, believes the 21-year-old is superior in some aspects of the game.

The two are very different players but Mazinho has said that Rafinha is a better dribbler and a more prolific scorer than Thiago. Rafinha, who has chosen to represent Brazil and not Spain, enjoyed a successful season on loan at Celta Vigo in 2013-14 and links up with Luis Enrique again back at Barca.

Impressive in pre-season, he started on the right in the Gamper game against Leon on Monday and looks set to kick off the campaign in that position - at least until Luis Suarez returns from his ban. He can also operate as a central striker or in a free role.

"Rafinha is a great player," said former Barca B and Celta team-mate Andreu Fontas. "Physically, he is a beast and, technically, he is superb. I know him well and he is a very useful player because he can play in several different positions." 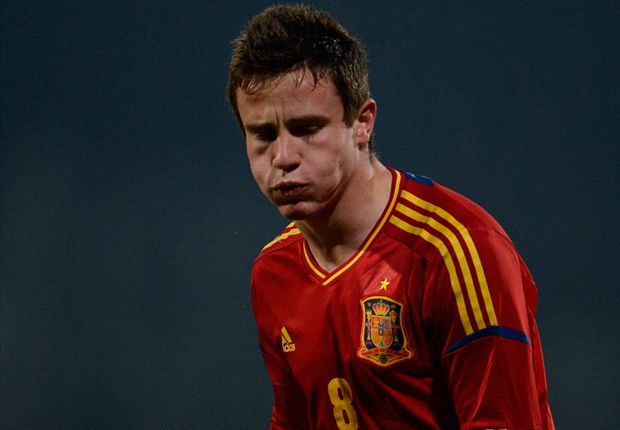 There are plenty of new faces at Atletico this summer but as Diego Simeone's side kicked off their season in the Supercopa de Espana against Real Madrid on Tuesday night, perhaps the most surprising one of all was Saul Niguez.

The 19-year-old midfielder spent last term on loan at Rayo Vallecano and had looked set to leave on another short-term deal this time around, but Simeone is a fan and the youngster now seems certain to play a part this season.

Usually a central or defensive midfielder, the Spanish Under-21 international featured in a wide role against Madrid on Tuesday but earned praise from his coach afterwards.

"Let's hope he can keep growing because he's just a young kid," Simeone said. "I see similarities to Koke and I believe he can give us a hand this year."