At the start of the summer, many – if not all – Manchester United fans expected the club to pay big money to sign an exciting, young, right-sided attacker before the end of the transfer window.

The club's long-standing interest in Jadon Sancho meant that a feeling of inevitability surrounded the future of the England international, and though negotiations with Borussia Dortmund were unlikely to be easy, it was always believed that United would get their man.

But with that transfer having hit the buffers long before last week's deadline, United instead switched their attentions to a winger who has played just 24 minutes of first-team football in his career.

Amad Diallo – previously known as Amad Traore – will, as long as there are no work permit issues, join up with Ole Gunnar Solskjaer's squad in January, after a deal was reached with Atalanta for his signature in the final hours of the window.

Such an outlay would see Diallo become one of United's top 10 most expensive signings, placing him ahead of Wayne Rooney, among others.

Of course, prices have risen drastically since Rooney arrived as a teenager in 2004, but even so, the money United have been willing to pay for Diallo is a real show of faith in a relatively untested 18-year-old.

Diallo, along with fellow teenage newcomer Facundo Pellistri, will get a headstart in terms of impressing Solskjaer before United plot the next steps in their pursuit of Sancho in the summer of 2021.

And in Diallo's case, his arrival at Old Trafford marks the end of a four-year chase for the potential wonderkid.

It was back in 2016 when Diallo first came onto United's radar as a 15-year-old, with club scouts having continuously recommended him as a potential signing ahead of his first-team debut in October 2019.

Diallo made history that day when, having come on in the 77th minute against Udinese, he picked up the ball just inside the opposition half before embarking on a driving run and unleashing a shot from 20 yards that arrowed into the bottom corner. 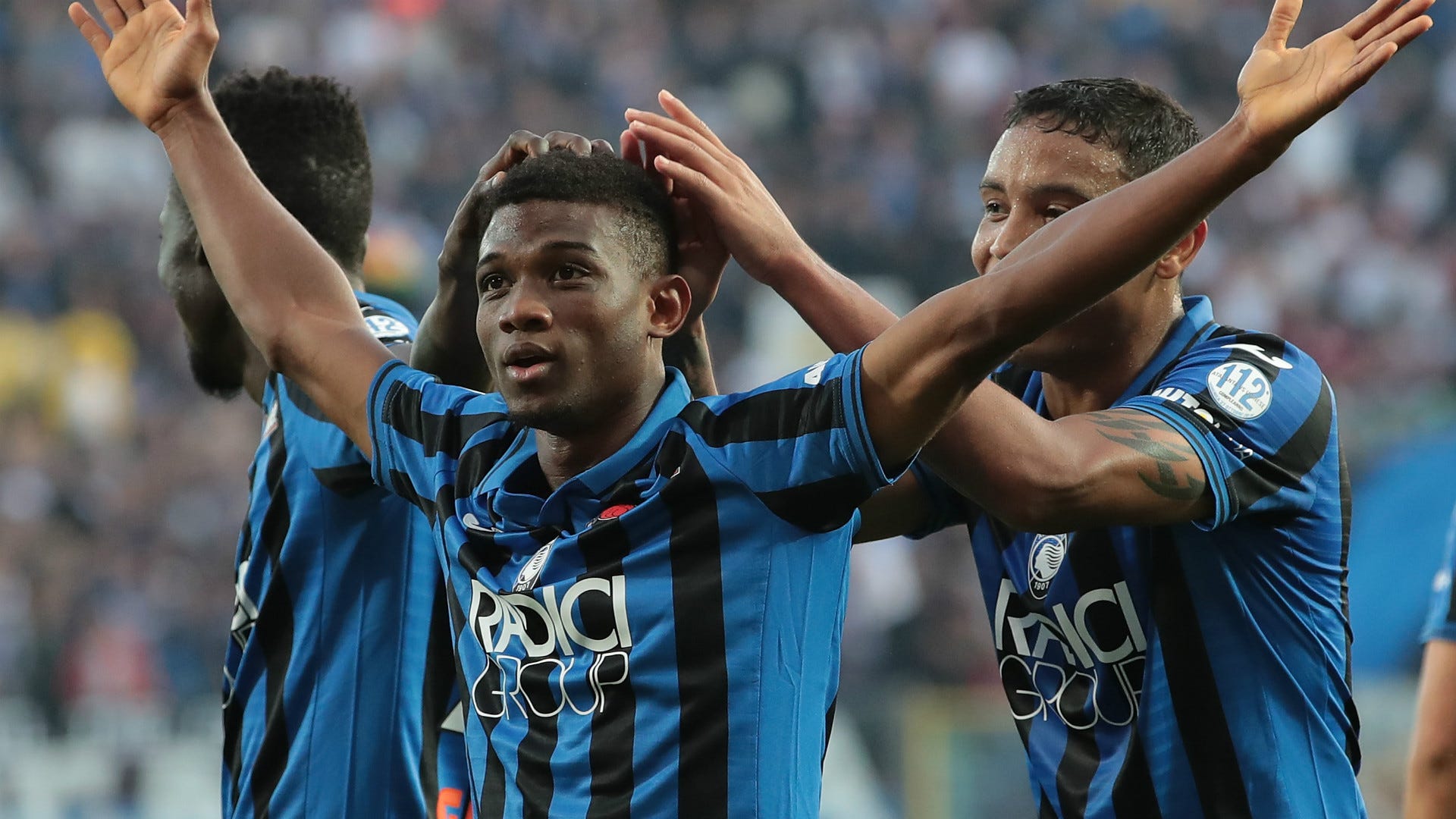 In doing so, he became the youngest player, at 17 years and 109 days old, to find the net on their Serie A debut, and based on his career projection that is unlikely to be the final record he breaks.

Those who have followed Diallo's career closely regard him as one of the most exciting teenage players in Italy, with the youngster having previously had trials with Juventus, Inter and AC Milan before settling at Atalanta.

He is quick and, despite being left-footed, prefers playing on the right so he can cut inside and shoot.

He has even drawn comparisons to Lionel Messi from Atalanta captain and Messi's Argentina team-mate, Papu Gomez, who said of the youngster: “He plays like Messi. To stop him in training, we have to kick him!" 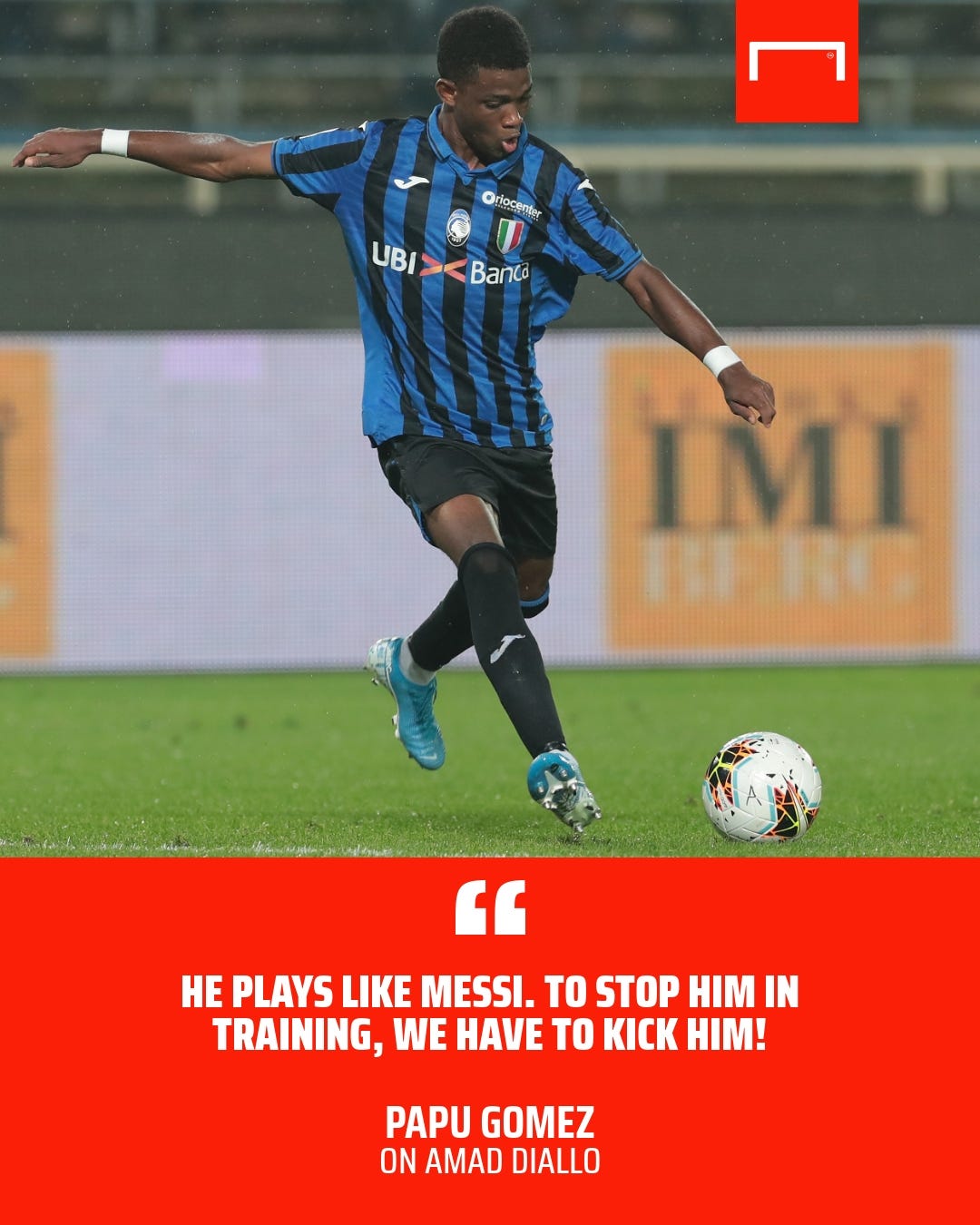 Despite that talent, Diallo's move to United has come as something of a surprise back in Italy, particularly given he was expected to complete a loan move to Parma before the Red Devils made their last-ditch offer.

Parma director Alessandro Lucarelli was left furious on deadline day, telling Sky Sports Italia: “You must ask Atalanta about Diallo. We had the agreement and then the negotiation with Manchester United started and they sold him. We covered ourselves with other players and we will make up for it, but he would have been useful."

Those who have watched Diallo also doubt whether he can have an instant impact on the United first team given the time he will need to adapt to both a new country and style of play.

He also faces a fight for minutes given the club already have Mason Greenwood and Daniel James, as well as new boy Pellistri while Sancho could potentially be on the way in less than a year.

But United's scouts, Solskjaer and those who have watched Diallo in Italy are confident that, at some point in the future, he will have a big part to play.

He may not be the signing United fans expected, but he could be one they truly cherish down the line.