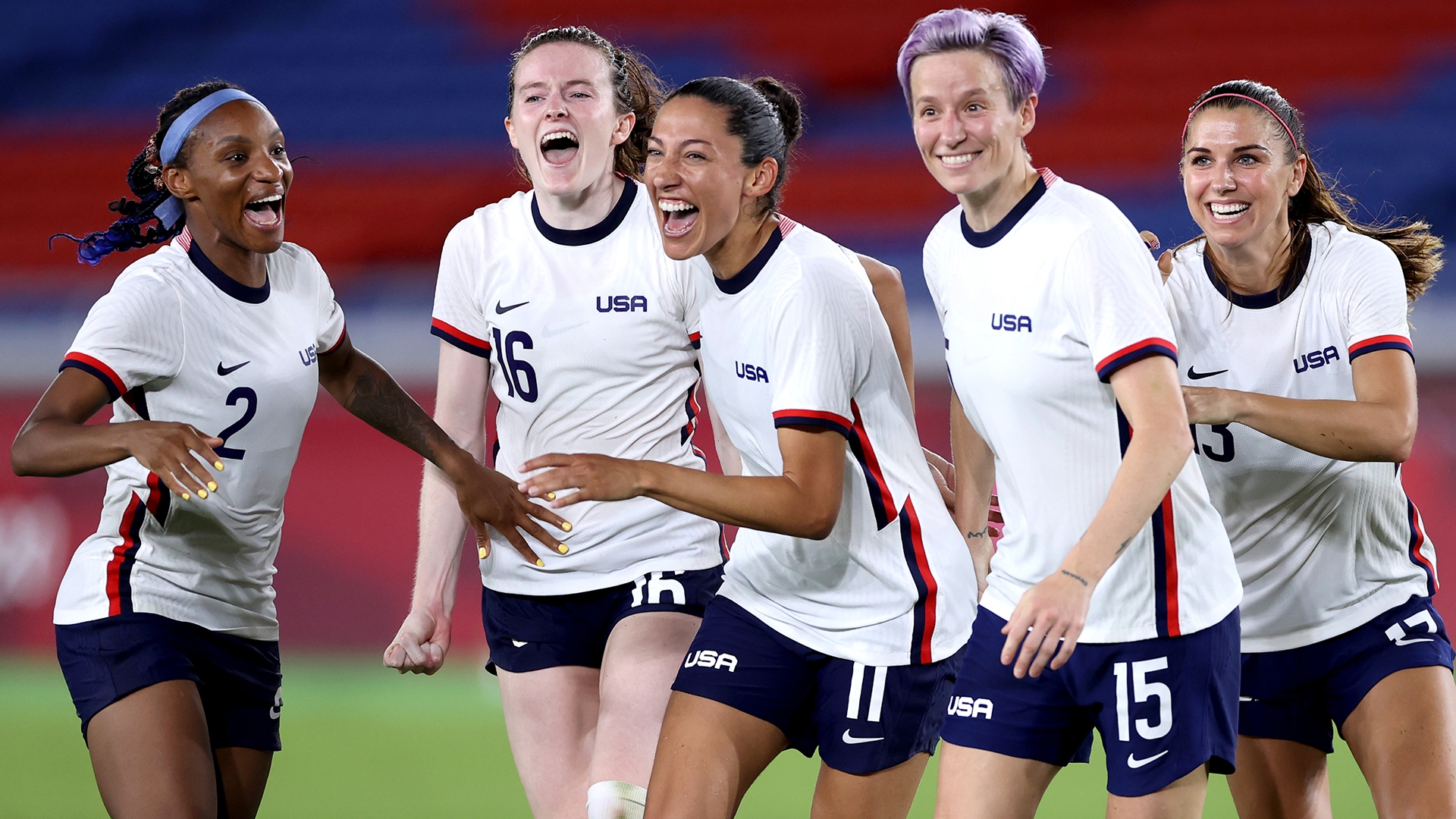 U.S. Soccer has urged the U.S. men's and women's national teams to jointly negotiate a collective bargaining agreement (CBA) in an effort to pay the women's players more equitably.

The USMNT offered support to the USWNT in their ongoing lawsuit over pay discrimination this summer, and the federation has now invited the men's team to band together with the women's team to find a solution.

One of the biggest hurdles to equal pay is prize money from World Cups, which FIFA controls and is currently heavily skewed toward the men. U.S. Soccer is calling on the USWNT and USMNT to agree to evenly distribute the World Cup funds.

In an open letter, U.S. Soccer President Cindy Parlow Cone said: "We need our men’s and women’s national teams to come together and re-think how we’ve done things in the past.

"To that end, we have invited the players and both Players Associations to join U.S. Soccer in negotiating a solution together that equalizes World Cup prize money between the USMNT and USWNT.

"Finding a framework that works for everyone will require open and thoughtful conversations and sincere commitment from USMNT and USWNT players to come together.

"Until FIFA equalizes the prize money that it awards to the Men’s and Women’s World Cup participants, it is incumbent upon us to collectively find a solution."

On the USWNT's ongoing lawsuit, Parlow Cone added: "Resolving ongoing litigation with the USWNT continues to be among our top priorities. I have been frank in my view that U.S. Soccer’s preference is to resolve this matter outside of court.

"We remain committed to settling this matter and would happily agree to settle this case so that we can chart a more positive and collaborative path forward."

What was the USWNT's response?

USWNT spokesperson Molly Levinson said on Twitter: "USSF has finally acknowledged that they pay women less than men and must correct this ongoing disparity by reaching an equal pay collective bargaining agreement and resolving the ongoing lawsuit. Letters to fans are not a substitute."

What is the status of the CBAs?

Parlow Cone said U.S. Soccer has "been in regular and productive talks with the USWNT Players Association" over the team's current CBA, which expires at the end of 2021.

The USMNT, meanwhile, have been playing under the terms of their old CBA, which expired at the end of 2018 and has yet to be renegotiated.