Goal United
Kris Voakes
12:25 15/06/2016 Comments()
The English supporters who were caught up in trouble in Marseille need to sort out their act out for the remainder of their stay at the European Championships in France

Many call it the English disease: an ailment that takes a great deal of time, care, and ingenuity to successfully overcome. But hooliganism really shouldn’t be that tough to cure. The fact that it is says much about those disgracing themselves by participating in scenes like those witnessed in Marseille over the last seven days.

The specifics of the various incidents in the coastal city before, during and after England’s 1-1 draw with Russia continue to be debated long and hard. For every report which emanated speaking of Russian brutality, there was another claiming overzealousness on the part of the local police. But no amount of either can excuse the behaviour of the English fans who kicked, punched, chanted or intimidated their way into Euro 2016 notoriety.

A large pack of grown men fuelled by alcohol and grouped together to chant songs about World War II, which pitted Allied Forces against Germany more than seven decades in the past and saw over 70 million people die. That alone is unnecessary and intimidating. Why do people insist on singing ’Ten German bombers’ in 2016 in any situation, let alone at a football match?

Why must every rendition of the British national anthem at England matches home and abroad be accompanied by the line ‘No surrender’, relating to a conflict between Britain and Irish separatists which effectively ended with the signing of the Good Friday Agreement over 18 years ago? Again, this has no relevance to football.

Further chants reported to have been heard included ‘Isis, where are you?’ and ‘We love you Isis, we do’, both hugely provocative given the brutal deaths and life-changing injuries suffered in France on November 13 last year. Those who found it funny or in any way appropriate to start or even join in with such songs are hooligans. 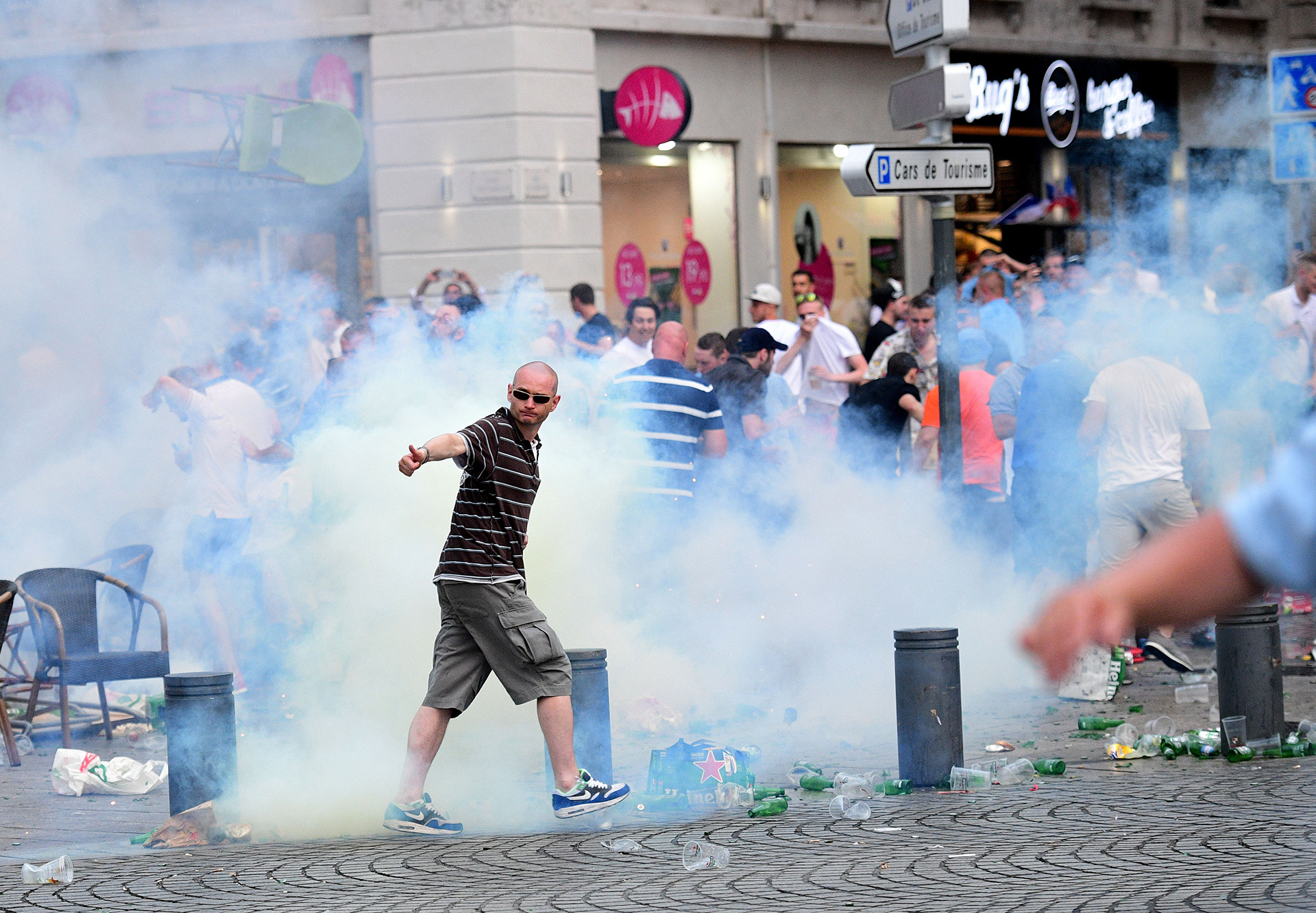 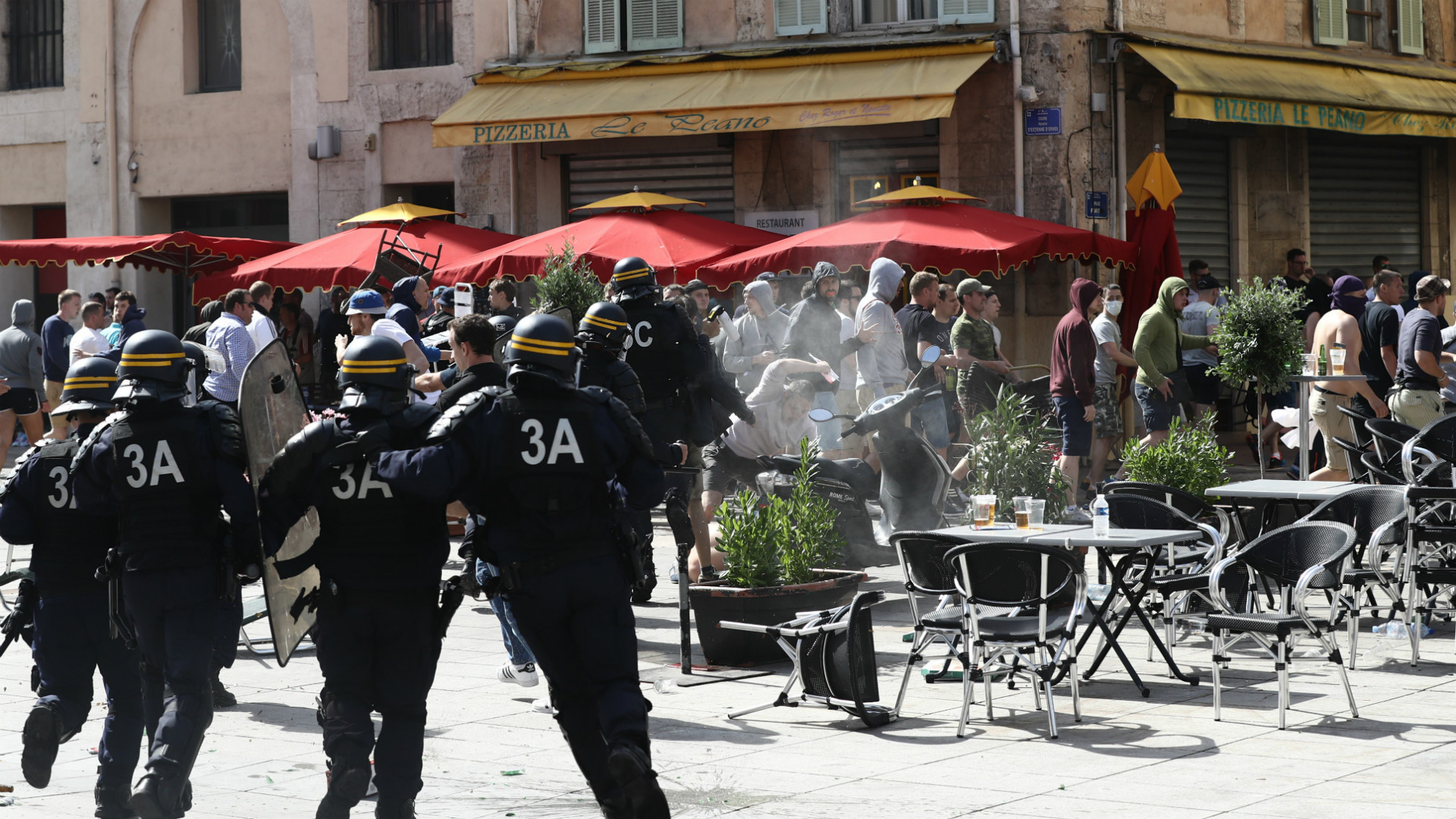 How can it be that thousands of Welsh fans descended on Bordeaux last weekend and behaved impeccably, joining rival Slovakian fans in good-natured drinking and singing, yet England supporters yet again got mixed up in trouble thanks to their yobbish demeanour? These are people from the very same nation, lest we forget.

Some Welsh fans in Bordeaux told me of their bewilderment at England followers chanting for whichever political, military or ideological standpoint suits them at any particular moment in order to rile any group that it takes their fancy to intimidate. And that is a frighteningly accurate and equally troubling point.

The large majority of people who allowed themselves to get caught up in the mayhem in Marseille knew exactly what they were doing. Provocative chants are intimidatory, disrespectful and anti-social. They created the atmosphere which led to the widespread trouble.

Those who then congregated in the Old Port area of the city less than 24 hours after the initial incidents took place there knew that there was a degree of probability that further trouble would follow. If they did not actively seek it, they at least knew they might well end up being a part of it. Marseille is not such a small place, and is not so lacking in wonderful views and welcoming locales, that there was no way of avoiding the same spots in which chaos had already been wrought.

We must stop excusing offensive chants and loutish behaviour in this context. This is 2016. Surely people are not so blinkered that they don’t realise what they are doing is wrong? And if they do then they don’t deserve the privilege of following football of any nature, let alone at a major international tournament.

Goal journalists are powered by the Samsung Galaxy S7 and Gear 360.