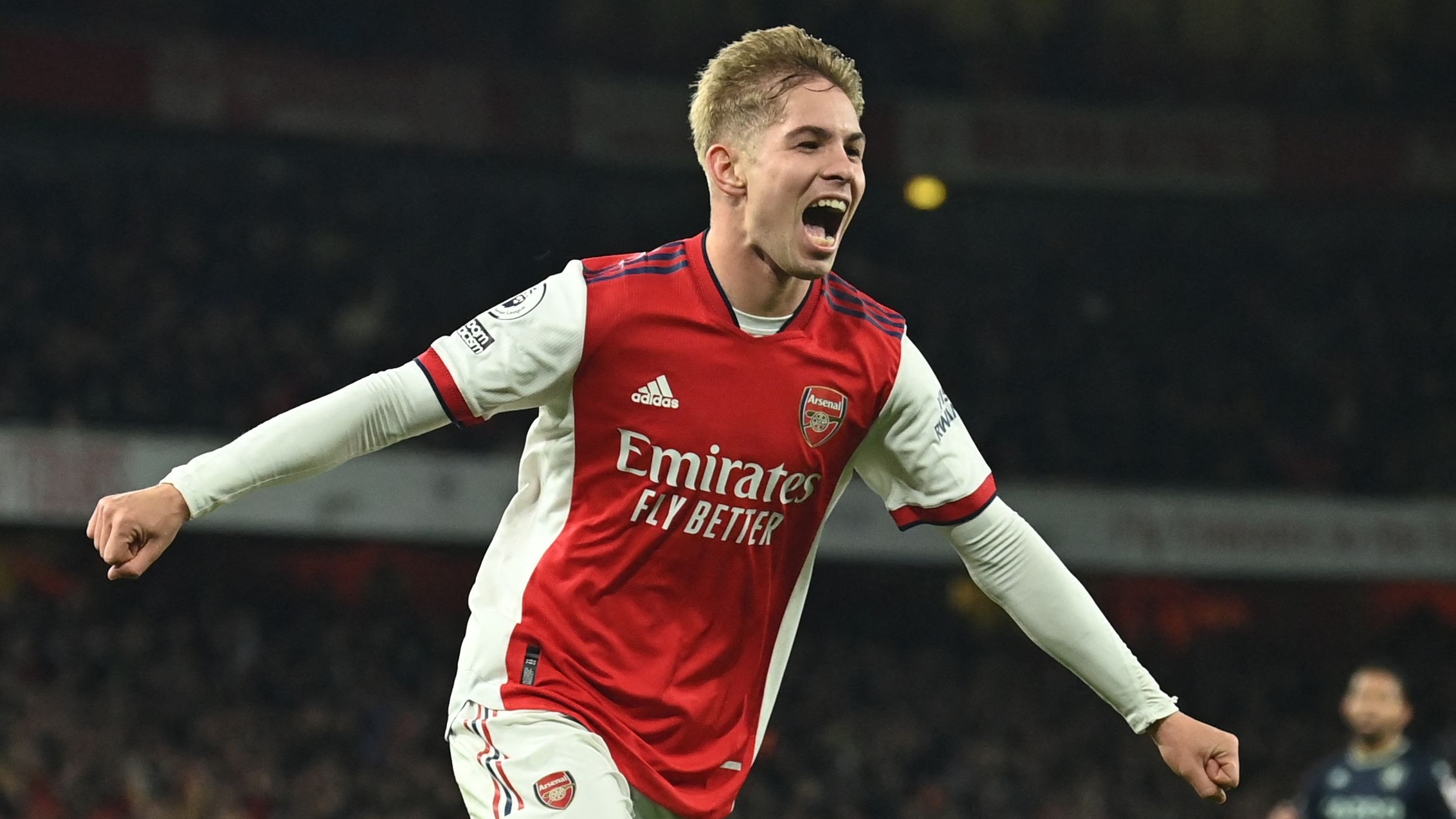 If anyone at Aston Villa was still wondering why Arsenal treated their summer bids for Emile Smith Rowe with such disdain, then they got the message loud and clear on Friday night.

The Midlanders were like an annoying wasp for a few weeks during the summer, refusing to go away despite the Gunners swatting away multiple offers for their young playmaker.

The Arsenal hierarchy made it clear each time a bid came in that Smith Rowe wasn’t for sale.

But it wasn’t until the academy product signed a new long-term contract that Villa finally accepted defeat and turned their attentions elsewhere.

Smith Rowe showed on Friday night exactly why offers of £25 million ($34m) or £30m ($41m) were never going to be enough to tempt Arsenal into doing business.

The 21-year-old was exceptional as the Gunners thumped Villa 3-1 at the Emirates Stadium to get their season back on track after two successive draws.

Smith Rowe scored one, made one and created four chances during the win - more than any other player on the pitch.

Gareth Southgate was watching on from the stands and must be seriously considering handing Arsenal’s academy product his first senior England call-up during the next international window.

Smith Rowe has scored three goals in his last five games for Arsenal. He’s also found the net for England Under-21s during that period.

One of the few criticisms levelled at the youngster last season was that he didn’t score enough goals, but he is now showing that he has a ruthless side in front of goal to add to the rest of his game.

“That should be a habit and he should demand that in his game because he is capable of doing it,” Arteta said, when asked about Smith Rowe’s new-found end product following Friday night’s success.

“I’m pleased that is developing. He’s been superb.”

Arteta added: “There is no complaining [from him], he is just looking forward and is really determined. He has changed the way he is living as well and some of the habits that he had.

“When you want to take the game to the next level, when you become a real important player in such a big club, every detail is important and relevant.

“You have to make him aware of that, you cannot give percentages away that can make big differences and he has changed that.

“Credit to him and obviously the staff here that are all the time monitoring and building that education with him so he’ll only get better.”

Smith Rowe was far from Arsenal’s only good performer against Villa.

He may have been named man of the match, but several other players could have walked away with that award following an excellent display.

After two successive draws, this was a big game for Arteta - with the performances against Brighton and Crystal Palace seeing him come in for some real criticism.

He didn’t just need a win, he also needed a big performance with plenty once again questioning whether he was taking the club in the right direction.

And with the pressure on, he got the exact performance he would have been hoping for.

As bad as his side were against Palace, they were excellent against Villa - blowing them away with goals from Thomas Partey, Pierre-Emerick Aubameyang and Smith Rowe.

Arsenal fired in 22 shots to Villa’s 10 as they moved themselves up to ninth in the Premier League table ahead of the weekend’s fixtures.

“What I liked the most is the way the team reacted from Monday evening,” said a delighted Arteta. “Accepting that it wasn’t good enough.

“We are the youngest team in the league, but that is not an excuse. We cannot change the age, so we cannot find these kind of excuses.

“We have to find why those things happen in the game, find the right solutions and then put them right and believe they can play at that level, because they can.”

Arteta has toyed with a few formations so far this season in search of the right formula.

But Arteta went old school against Villa, pairing Aubameyang and Alexandre Lacazette together in a 4-4-2 and was rewarded with Arsenal’s best display of the season.

Whether it’s a formation he now uses on a regular basis remains to be seen, but it’s another option for the Spaniard and one that certainly seemed to bring the best out of his two star strikers.

Partey and Sambi Lokonga were exceptional behind them, as were Ben White and Gabriel at centre-back. Takehiro Tomiyasu and Nuno Tavares, who was in for the injured Kieran Tierney, also played well.

For all their faults and the negativity that surrounds Arsenal, they have now gone six games unbeaten in the league - winning four of those matches.

If they can replicate the type of performance they produced against Villa on a regular basis, then there will be plenty more victories to come over the next few months.

And judging by what we saw on Friday night, Smith Rowe will be at the heart of them.