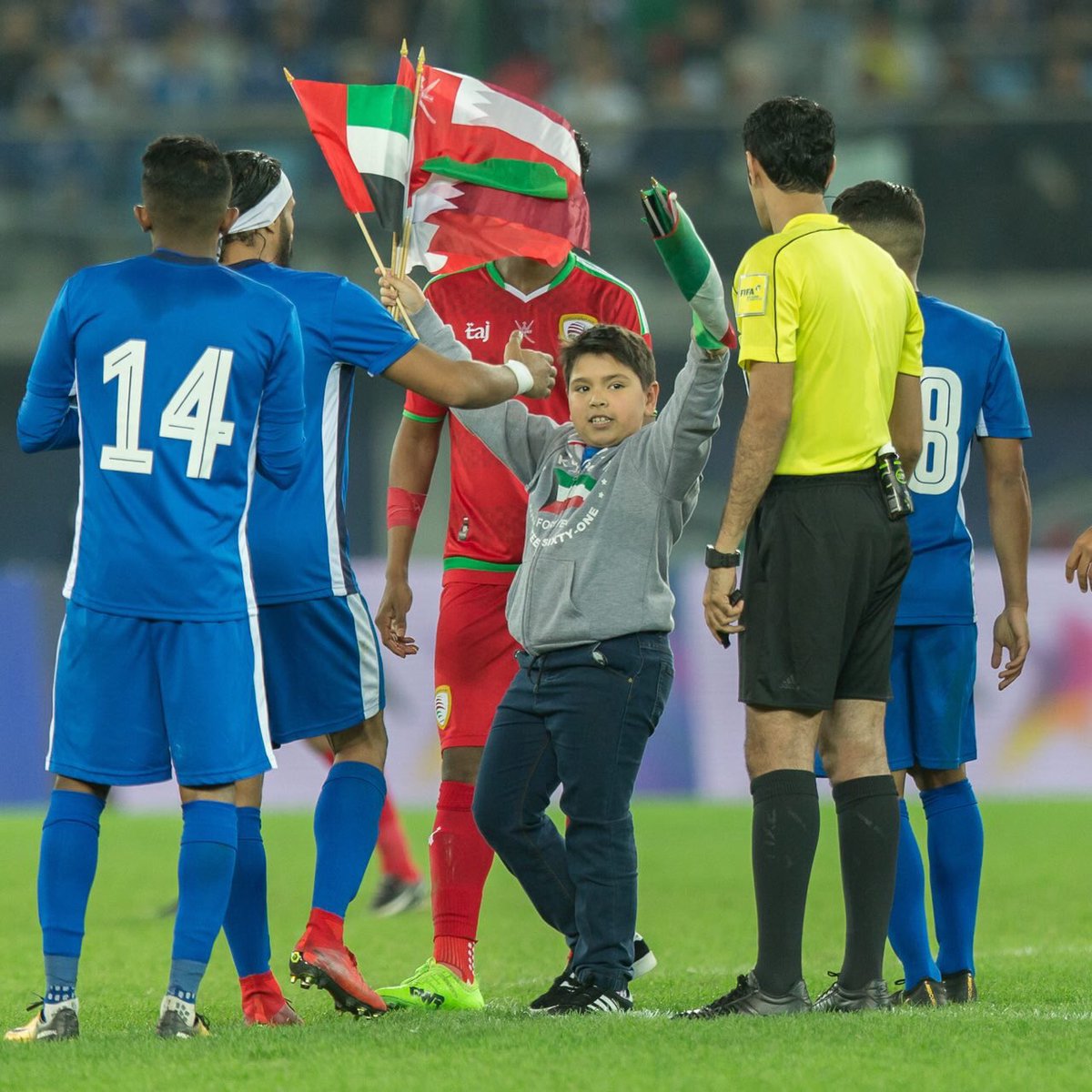 The second matchday of Group A in the 2017 Gulf Cup concluded with the elimination of hosts Kuwait in only their second game back to football.

UAE unable to score from open play once again

The Saudi Arabia B side played without striker Hazza Al Hazza who missed out due to an ACL injury he picked up in the 2-1 win against Kuwait a few days ago, and instead it was Al Hilal striker Mokhtar Fallatah who took his place up front. Ali Al Nimr, known currently as Saudi Arabia’s version of Omar Abdulrahman (both of Yemeni origins like Omar, and dons an afro like him) also made it to the starting lineup.

On the other side, Alberto Zaccheroni went for the second straight game with a 3-4-2-1 formation with a strikeforce of the Abdulrahman brothers (Omar and Mohammed) behind the star striker Ali Mabkhout.

The game however was a bore, with no real chances on target from either side to threaten the defences. There were some good performers such as Nouh Al Mousa and Ali Al Nimr from Saudi Arabia, and the Emirati defence as a unit, but in general it was a poor showing from both sides in the offensive sense.

The UAE brought on winger Ismail Al Hammadi on in the second half to change things up front but it did them no favours in breaking the Saudi reserve side down, meanwhile Fallatah failed to take advantage of a lovely lobbed pass from Al Mousa to score a possible winner in the 70th minute of the game.

It was yet another boring encounter in the Gulf Cup with Oman and Kuwait seeing only 1 goal between them, when Oman scored a penalty via Ahmed Mubarak “Kanno”. Kuwait, despite all their attempts, failed to break past the Omani defence that has only conceded 1 goal in 2 games (the 1 goal being a penalty by Ali Mabkhout).

Kuwait’s fans have left the tournament disappointed after a fantastic showing in both games. The whole population of Kuwait were anticipating this tournament as a sign of a return to football after a relatively long absence. However, the players failed to continue that excitement into games leaving a sour taste in Kuwaiti fans’ mouth after a glimmer of hope.

These results put the UAE and Saudi Arabia both on 4 points before matchday 3, where Saudi Arabia play Oman in a spicy encounter and the UAE face eliminated Kuwait.