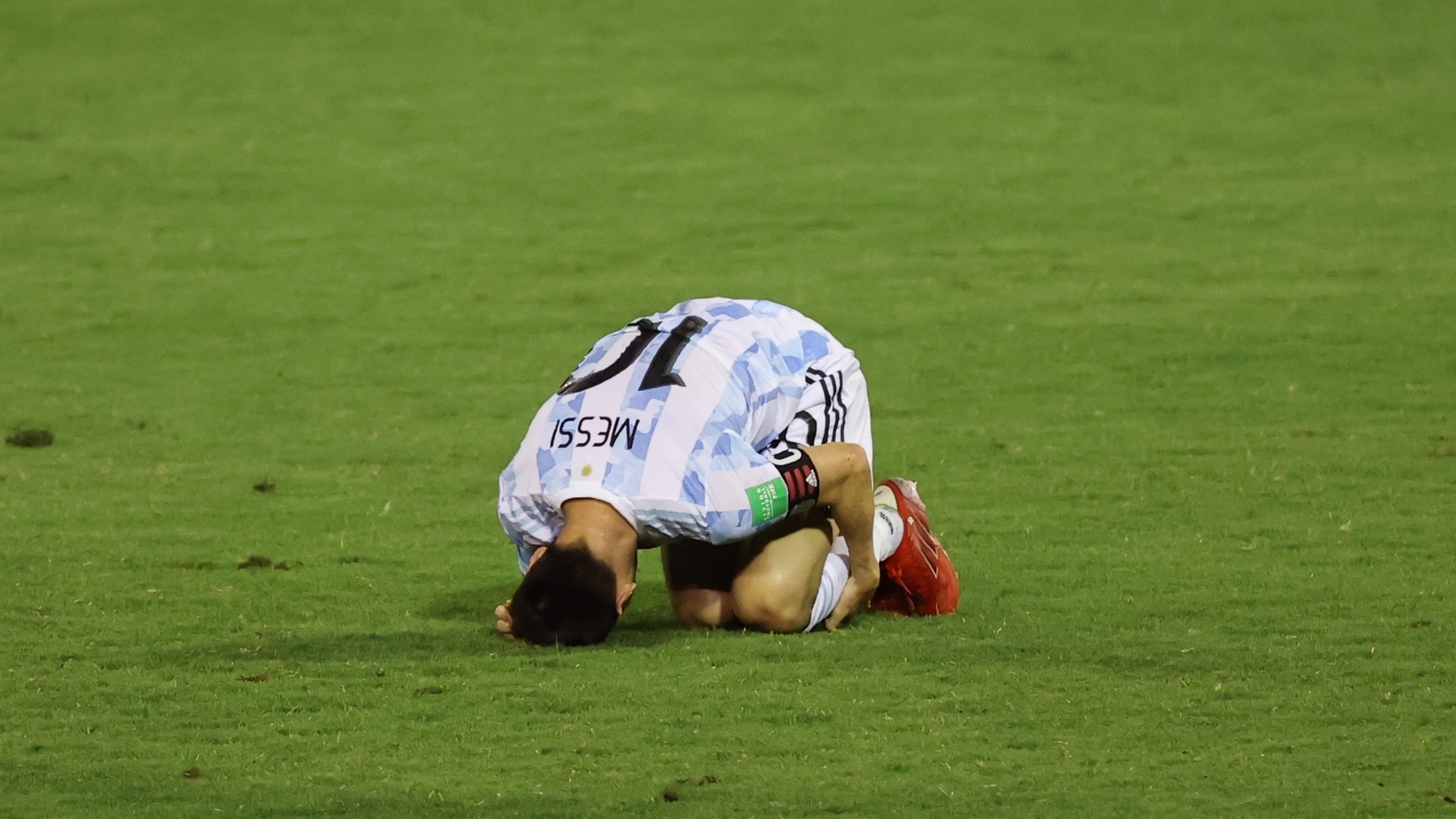 Lionel Messi came through Argentina's Qatar 2022 World Cup qualifier against Venezuela unscathed after an injury scare, coach Lionel Scaloni confirmed ahead of his side's clash with Brazil on Sunday.

The two nations meet for the first time since La Albiceleste edged out the Selecao in the Copa America final earlier this year, to hand the veteran attacker his first senior international honour.

Early fears that Messi might miss out on the rematch following a horror tackle from Adrian Martinez on Thursday have now been assuaged by his coach, however, who hopes to confirm his full fitness before this weekend's game.

"Leo is fine," Scaloni told his pre-match press conference. "It was a scare, but luckily he is fine. We will confirm his condition 100 per cent this afternoon, when we do field work.

"[But] whoever plays, Brazil is always an important rival. They're coming off an incredible positive streak. We'll face this game with the utmost commitment that it demands of us.

"I have an idea of how the team will line up, but we still haven't been able to do a training session with those who played against Venezuela. We will probably make some changes."

Scaloni pledges respect to all opponents

Having survived the challenge that saw Venezuela reduced to 10 men with a straight red card, Messi remained a part of the Argentina side that ran rampant across the rest of the game earlier this week.

While a harder challenge surely awaits in Tite's Brazil, Scaloni is insistent that his team will not approach the match any differently than they would for any other opponent.

"We take all the games in the same way, regardless of the rival," he added. "We try to do it in the best possible way as always, with a maximum demand [upon ourselves].

"We are prepared for different circumstances. You have to know what to do at all times. We are clear about what to do when we have the ball and we also know how our opponents will play."