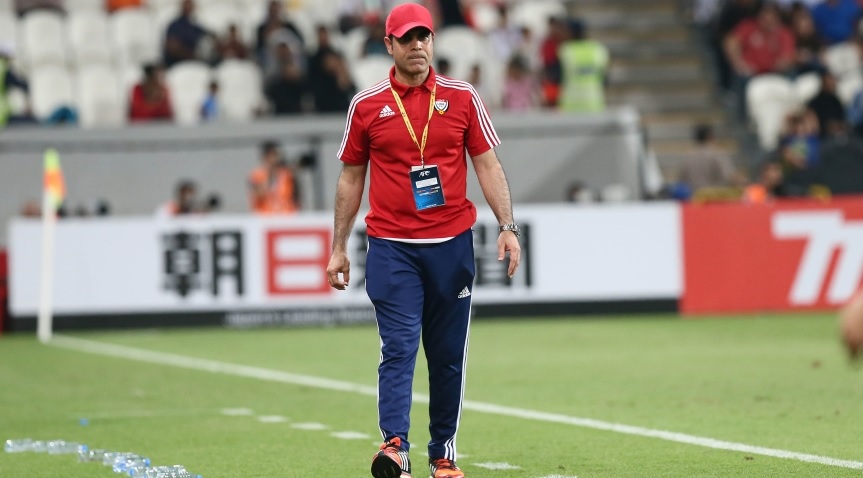 Former UAE National Team manager Mahdi Ali replaced Cosmin Olaroiu after the latter left Shabab Al Ahli Club on Saturday evening by mutual consent. This move comes after Shabab Al Ahli failed to challenge for the UAE Arabian Gulf League title in the first half of the 2017/18 season, failing to win in the six weeks.

During those six winless weeks, Shabab Al Ahli managed an unprecedented feat by drawing in every single game and currently sit in fifth place with 15 points, seven behind league leaders Al Wasl.

Cosmin Olaroiu has overseen Shabab Al Ahli (previously Al-Ahli Dubai) since July 2013, after he left fierce rivals Al Ain to join the Dubai based club. During his time there he won seven titles, including the league trophy twice.

Olaroiu also took Shabab Al Ahli to the 2015 AFC Champions League Final when they succumbed to a Guangzhou loss in China after holding them to a goalless draw in the home leg. However, despite winning the UAE Arabian Gulf Cup title in early 2017, the manager parted ways with the club after failing to achieve the required results in late 2017.

Mahdi Ali comes in to manage the club after a hiatus from football, with his last post being with the UAE National Team. Ali had resigned from the national team after a 2-0 loss to Australia, and the former engineer took time off to evaluate his options in the coming period.

Ali has also had experience at the club level, managing Al Ahli Dubai in 2009 and Baniyas in 2011. Otherwise, Ali has a wealth of experience in the national team, from youngsters all the way up to the senior team.