The player had seeked asylum in Australia after being imprisoned and tortured in Bahrain.

It was only a few days ago when a story of a Saudi woman named Rahaf Mohammed Al-Qunun was recognized as an exemplary and a positive outcome of human rights case study. The 18-yr-old’s narrative took shape on the social media platform – Twitter as it gained enormous support for her safe passage away from persecution.

Rahaf was successfully on her way to Australia seeking protection after being engaged in a media frenzy involving a stopover in Thailand. In the end, she was assisted after the United Nations high commission for Refugees (UNHCR) was involved, who made their way to the airport in Bangkok as soon as her story broke. It took the entire situation less than a week to be settled.

Thailand is also currently under scrutiny for another refugee crisis which involved a Bahraini footballer named Hakeem Al-Araibi. The Bahraini dissident, now an Australian resident, had claimed he was confined and tortured by authorities cracking down on outspoken athletes during the 2011 rallies that plagued the island country in the Arabian Gulf.

Prior to 2014, the footballer had fled Bahrain arriving in Australia seeking asylum however in 2014, Hakeem was sentenced (in absentia) for vandalizing a police station; accusations he asserts as fraudulent.

We talked to the Chief Executive of the Professional Footballers Australia, John Didulica presently in Dubai, who provided a quick overview on the situation. 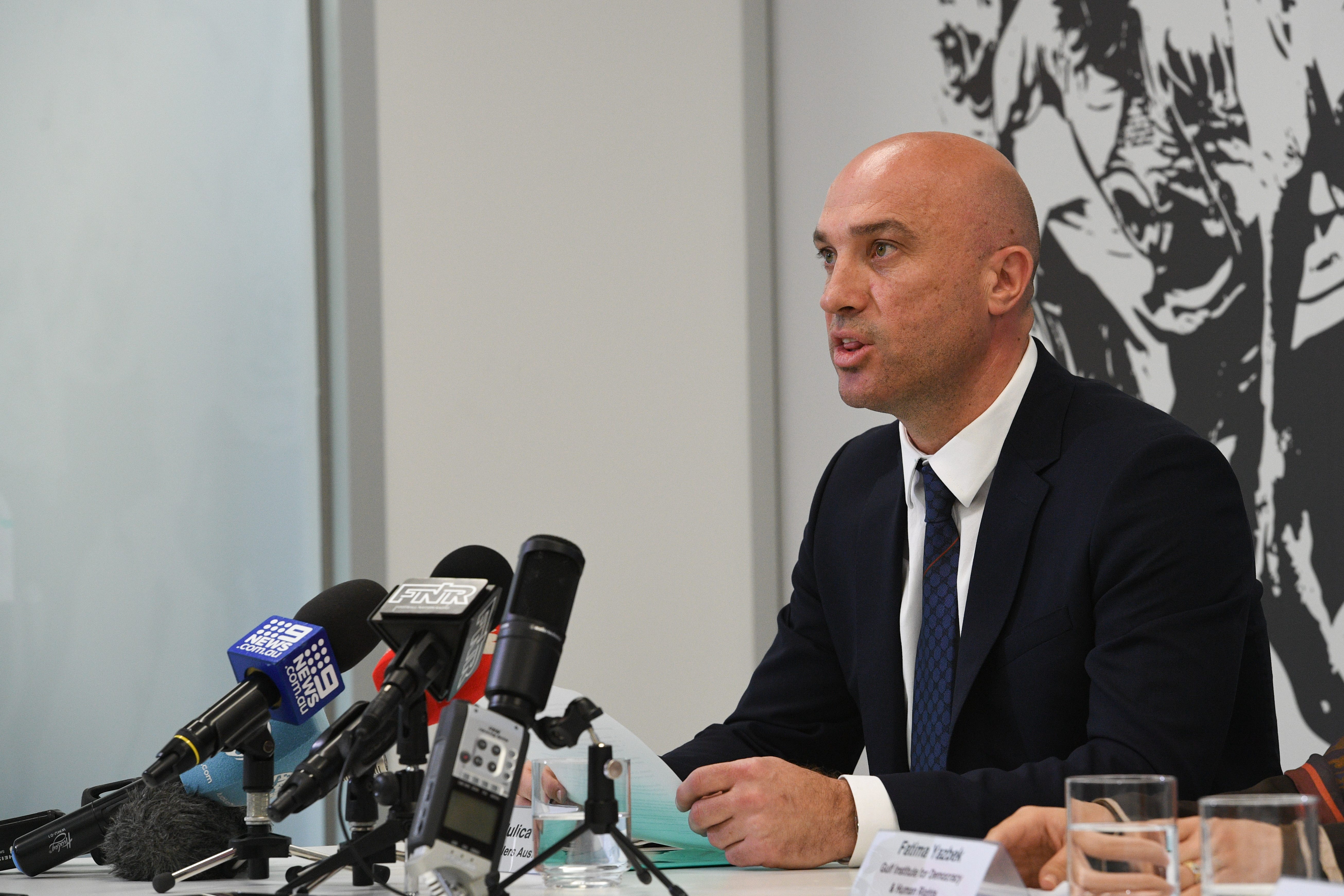 “Whilst he was to be granted the asylum he was charged in absentia for vandalizing a police station. He has admitted that he is not guilty of that offence, and in fact there is Television footage of him playing a football match (referring to the match between Al-Shabab (Hakeem’s club) and Al-Busaiteen) the very same day on the other side of town. These have been manufactured. He had certainly been not given the opportunity to address that properly, so he fled the country and lived in Australia as a modelled community member for the last 4 years,” explained Mr. Didulica.

The defender who had been part of Bahrain’s national youth teams was also a member of Manama based football club – Al-Shabab, before the ill-fated turn of events.

As his refugee status was given formal approval by the Australian government in 2017, he was still being monitored by Bahrain, given his outspoken attitude towards several high ranking officials across the nation including the Asian Football Confederation President – Shaikh Salman Al-Khalifa. Hakeem was forthright in the manner he discussed the treatment of Bahraini footballers and as a consequence is feeling the backlash now.

“At the most recent FIFA election, Hakeem very bravely spoke against the treatment he received at the hand of the Bahraini officials of which Shaikh Salman was running for the office of presidency of FIFA, indicating the torture that certain players had experienced. And as a consequence that his view that Shaikh Salman was unfit as a FIFA president,” said Mr. Didulica adding “it is clear the arrest of Hakeem is driven by matters connected him to being a footballer. Once he was recognized as a refugee, to have sought asylum successfully, any Interpol red notice or any red notice on the Interpol registry should have been vanished. We can only assume that it wasn’t the case because of the relationship between Bahrain and Thailand. And Bahrain seeking to make an example of a footballer who spoke against Shaikh Salman who was running for presidency in 2015.”

In his own words in 2016, Hakeem had acknowledged Shaikh Salman being aware of his situation stating, “Yes, of course. He was the President of the Bahrain Football Association. He awarded me a medal but two days later, I was arrested and they accused me of attacking a police station.”

Hakeem, since moving to Australia, had found a footballing home firstly at Goulburn Valley Suns and most recently Pascoe Vale, a semiprofessional team playing in the nation’s second tier league called the National Premier Leagues Victoria which is a good competition whilst he remained a valuable member of that community.

In November last year, he and his wife traveled to Thailand for a vacation but was arrested and imprisoned on arrival by the officials on the basis of an Interpol red notice (resembling an international arrest warrant) which was placed under his name by the Bahraini authorities. It should have not been the case given his asylum application was successful and he was being considered as a refugee.

He continues to remain in prison with Thai officials limiting access to him as explained by Mr. Didulica. 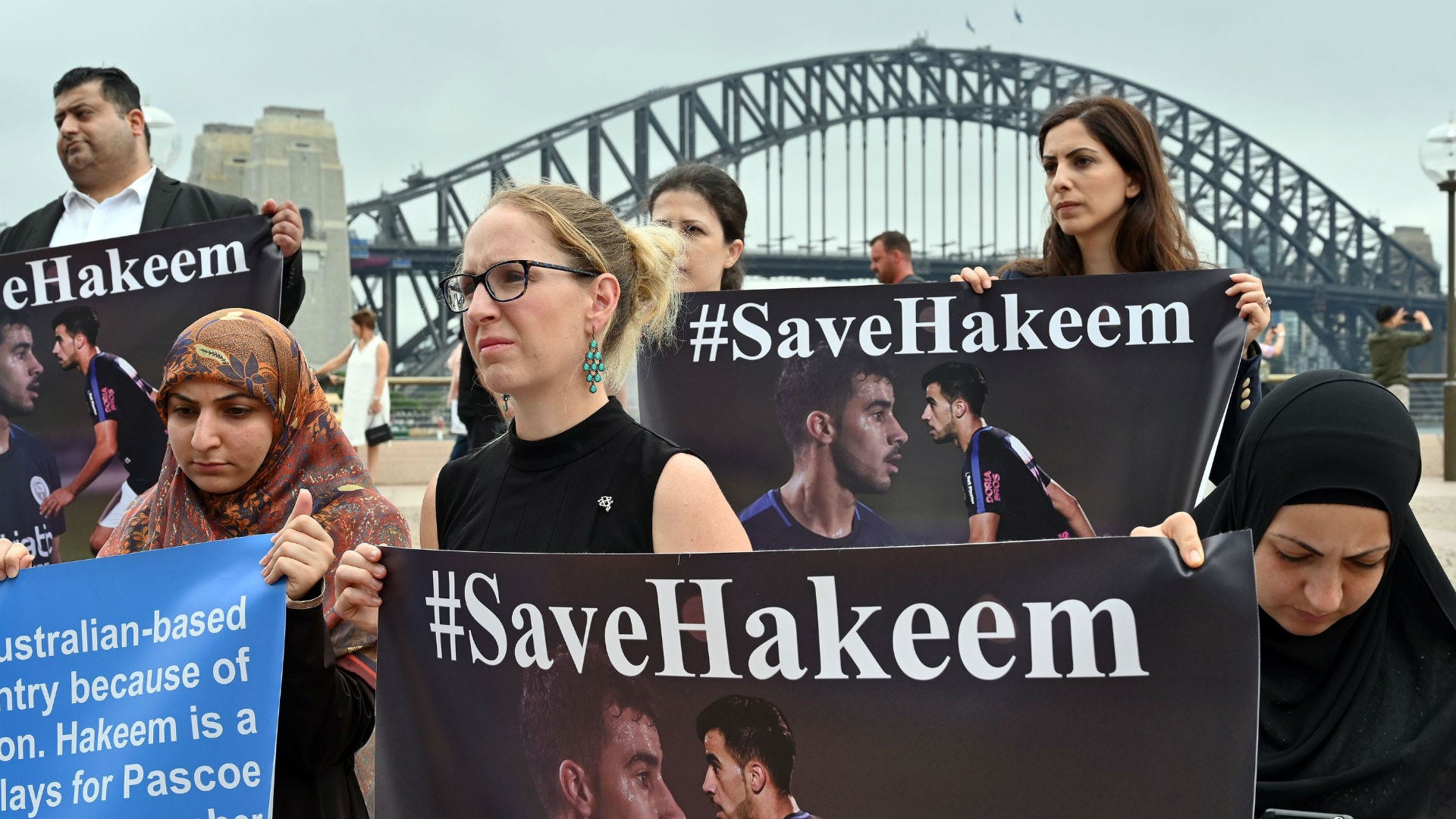 “He is jail in Thailand awaiting the Thai legal process to play out. He does not access to any communication, no access to a phone, a pen and paper. He has ad hoc visitors who at times are allowed to see him ranging from consular officials and his legal team. His wife was with him for the first two weeks but she has since returned to Australia both out of fear and out of extent of being obliged to remain in Thailand,” said Mr. Didulica

The game’s governing body (FIFA) had recently issued an official statement wherein it calls for ‘all relevant authorities (in Bahrain, Thailand, and Australia) to take the necessary steps to ensure that Hakeem is allowed to return safely to Thailand’, which is welcomed by Mr. Didulica.

“FIFA has a sign role to play. FIFA and AFC are duty bound to use whatever influence they have and whatever leverage they have to ensure that Hakeem is returned to Australia safely in accordance with the internationally recognized organizations, as a refugee. We feel that FIFA has such influence around the globe that it must be able to ensure that governments of relevant countries come together and observe the legal obligations,” explained Mr. Didulica.

The internal pressure on Thailand and Bahrain will only continue to escalate as Hakeem’s case takes notices with the eventual outcome being that he is returned to Australia safely. A social movement continues to gain momentum since his detention under the hashtag #SaveHakeem.

John Didulica and his team on behalf of the PFA will continue to fight for his release.

“We take on responsibility of the lives and careers of footballers in Australia. We are holding to account football stakeholders who can intervene on behalf of Hakeem and his benefit. And through this accountability we can ensure that office holders in AFC and FIFA make the correct decisions and intervene in the favor of Hakeem.”