The Selecao are unbeaten in 12 matches against the Samurai Blue. GBGT takes a look back at the four competitive fixtures played between the two sides.

Fridays’s Chevrolet Brasil Global Tour clash at the National Stadium in Singapore will be the 12th meeting between Brazil and Japan. Eight of those games were friendlies. The Selecao remain unbeaten against the Samurai Blue, with eight wins and two draws, scoring 31 goals and conceding just four.

The two first met on July 23 1989 in a friendly played in Rio de Janeiro. That match ended 1-0 thanks to a goal from Vasco da Gama star Bismarck. Neymar will once again captain Dunga’s side on Tuesday, and he is Brazil’s highest scorer against Japan with three goals.

Below, CBGT takes a look back at the four competitive fixtures between the two sides. 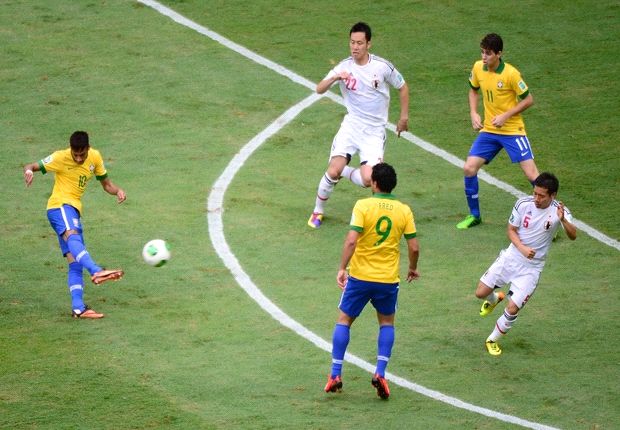 A stunning strike from Neymar in 2013 set Brazil on their way to a 3-0 win on what was the opening day of the Confederations Cup. The goal was fastest ever scored by a Brazilian making his debut in a Fifa tournament. Paulinho doubled Brazil’s lead before Jo rounded off the scoring in stoppage time. The Selecao arrived at the World Cup warm-up in the midst of a crisis following the departure of Mano Menezes, but under Luiz Felipe Scolari they would go on to win every game of the tournament, culminating in a 3-0 destruction of reigning world champions Spain – the beginning of a journey that would see them arrive at the World Cup the following year as outright favourites. 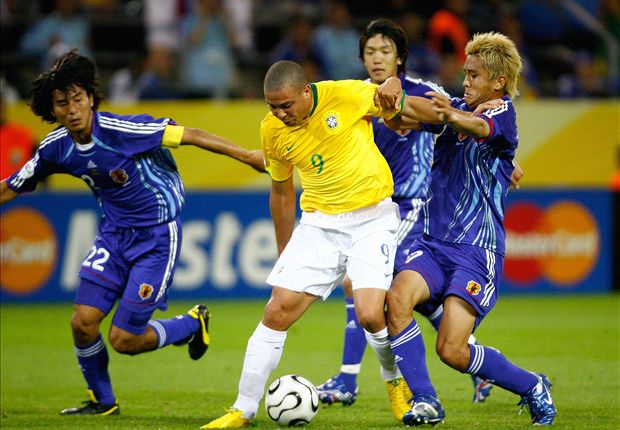 It was an all-Brazilian affair in the dugouts as legendary Selecao star Zico led Japan into World Cup 2006, but he would be bested by 1994 World Cup-winning coach Carlos Alberto Parreira, who was back for his third spell as Brazil boss. Parreira’s side came into the tournament with the ‘magic square’ of Kaka, Ronaldinho, Ronaldo and Adriano charged with firing their country to its sixth world title, but Parreira sprang a surprise by electing to replace Adriano with Robinho, while Cafu was also left out.

Japan were struggling after opening the group stage with a defeat to Australia and a goalless draw with Croatia, while Brazil had won both of their games. Keiji Tamada gave Zico’s side a shock lead on 38 minutes, but Ronaldo would score twice to become the joint-highest goalscorer in World Cup history, either side of strikes from Juninho Pernambucano and Gilberto. The result condemned Japan to finish bottom of Group F while Brazil would exit at the quarter-finals, suffering a 1-0 defeat to France. 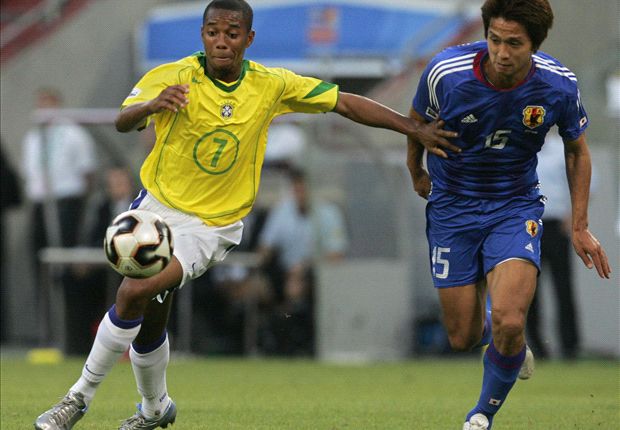 After both sides had beaten Greece but suffered defeats to Mexico, the 2005 Confederations Cup clash between Brazil and Japan would decide the fate of the final team to qualify for the semi-finals in Germany. Two goals better off than their Asian counterparts, the Selecao needed just a draw to secure their passage through the group stage but found a resilient opposition in Koln. Brazil had an early goal controversially ruled out and were then twice pegged back, with Masashi Oguro’s late goal causing a nervy final few minutes for Carlos Alberto Parreira’s side, who needed an excellent save from Marcos to get the point that would eventually see them through. Argentina were dispatched 4-1 in the final as Brail claimed their second Confederations Cup title. 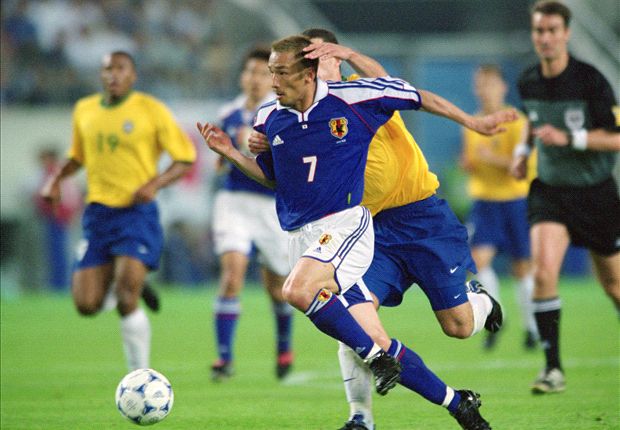 Luiz Felipe Scolari’s side that claimed Brazil’s fifth world title in 2002 didn’t even remotely resemble the one that contested the Confederations Cup the previous year. Then coach Emerson Leao had opted to go with players a little less traditional, believing a complete rebuild was due following the disappointment suffered in the final of World Cup 1998. The likes of the largely unknown Leomar, Leo and Magno Alves formed an important part of his team. The gamble wouldn’t pay off, however. Brazil and Japan played out a goalless draw in the final match of Group B, meaning the Samurai Blue topped the group and saw off Australia in the semi-final before suffering a 1-0 defeat to reigning world and European champions France. Goals from Robert Pires and Marcelo Desailly eliminated Brazil, who also lost the third-placed play-off to the Aussies. Emerson Leao was dismissed before he had even made it home.
Close