Rupert Fryer
As the Selecao go in search of their maiden Olympic gold medal on Saturday, Brasil Global Tour takes a look back at their previous three defeats in the men's football tournament

Nobody has more World Cups than Brazil. And nobody in men’s football has more Olympic gold silver medals than the five-time world champions.

Their quest for gold goes on. On five occasions Brazil have been on the podium. But three silvers have offered little consolation for the one major title still to elude the Selecao.

On Saturday they will try again, meeting Germany at the Maracana in front of 200 million people who are fed up with waiting.

Below, Brasil Global Tour look back at a hat-trick of lost Olympic finals for the Rio 2016 hosts... 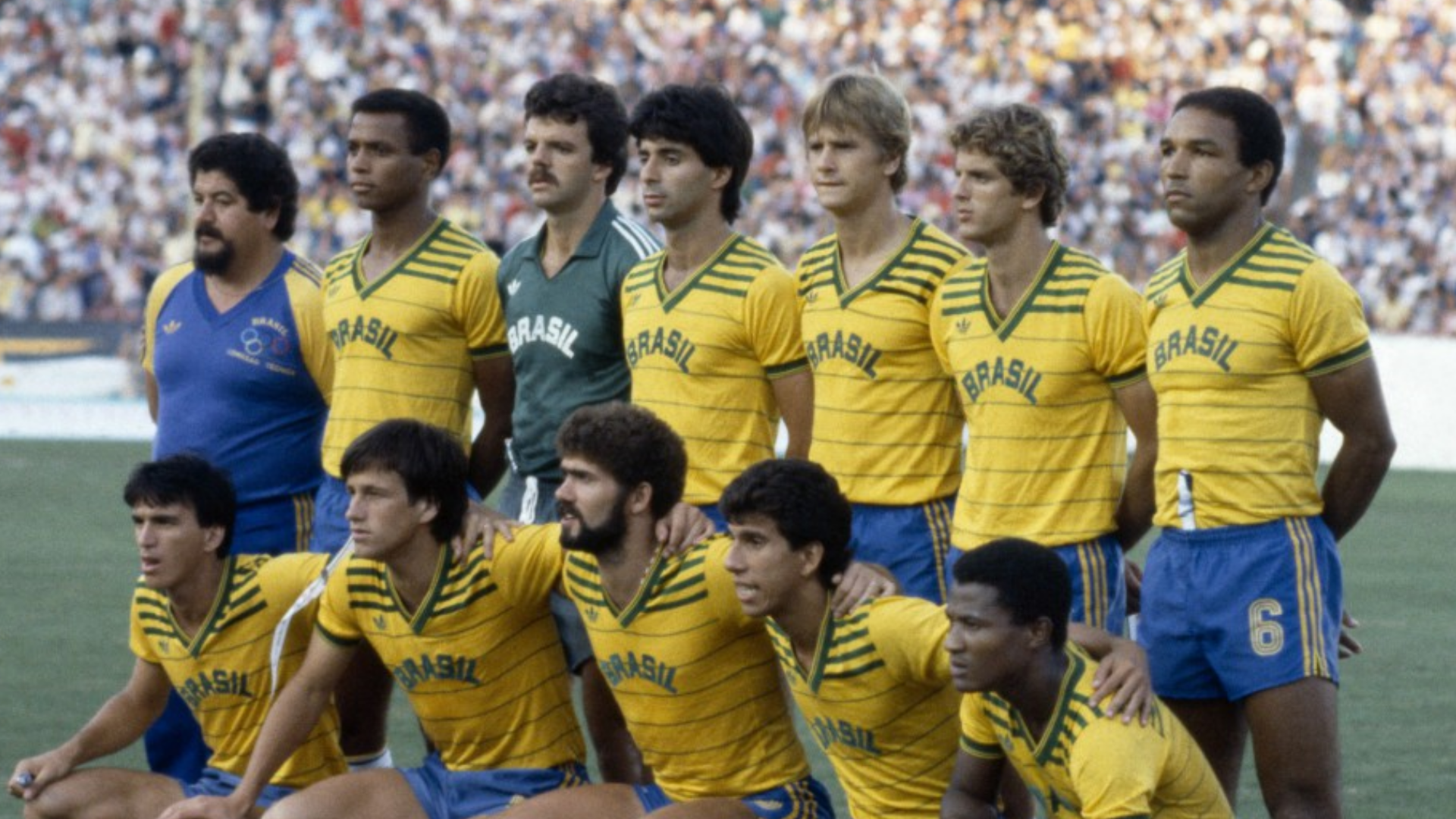 Brazil’s first Olymic final arrived in 1984, with a squad that featured two-time Selecao coach and World Cup-winner Dunga, as well as his former right-hand man Gilmar Rinaldi. Coach Jair Picerni’s side cruised through the group stage with three straight victories, seeing off Saudi Arabia, West Germany and Morocco in a first round that surprisingly saw Dunga find the net twice.

Under-20 world champion Gilmar Popoca led from the front, netting in the quarter and semi-finals to finish as the tournament’s top scorer with four goals. Brazil required a penalty shootout to get past Canada in the last eight and an extra-time winner from Ronaldo Morais against Italy to make the final. However, two gruelling matches took its toll on Brazil, who fell short in front of over 100,000 people at the Rose Bowl in Pasadena, losing 2-0 to France. 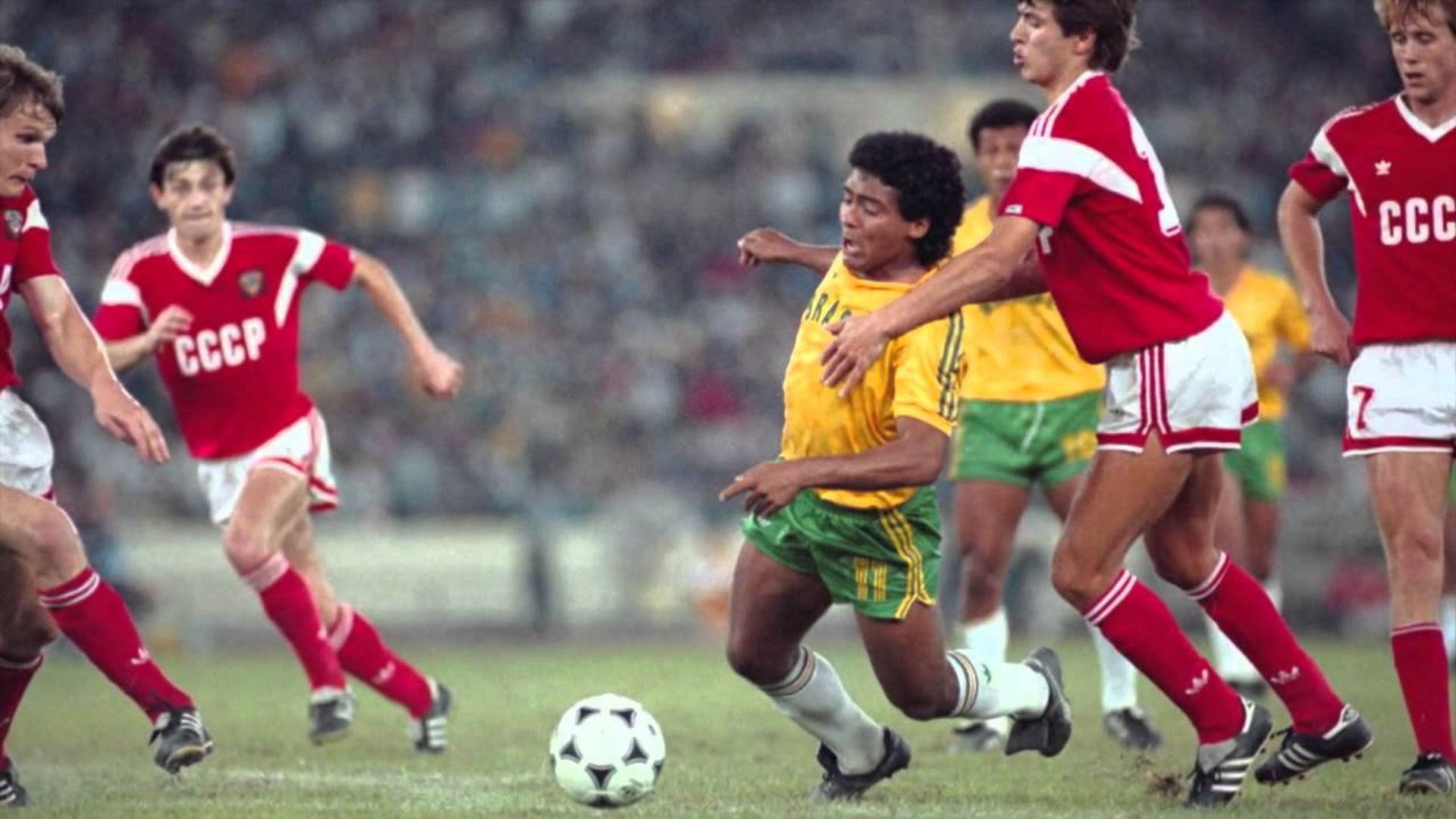 Brazil returned four years later desperate to make up for the disappointment, but even the great Romario and Bebeto, who together would conquer the world six years later, couldn’t lead the Selecao to the promised land. 22-year-old future World Player of the Year Romario was the star of the tournament, hitting seven goals to lead his side to a final against Soviet Union.

Romario opened the scoring after 30 minutes in the gold medal match in the newly erected Olympic Stadium, but Igor Dobrovolski equalised from the penalty spot after an hour. Yuri Savichev grabbed an extra-time winner, collecting a goal kick to dart through and lob an onrushing Taffarel to take the gold. 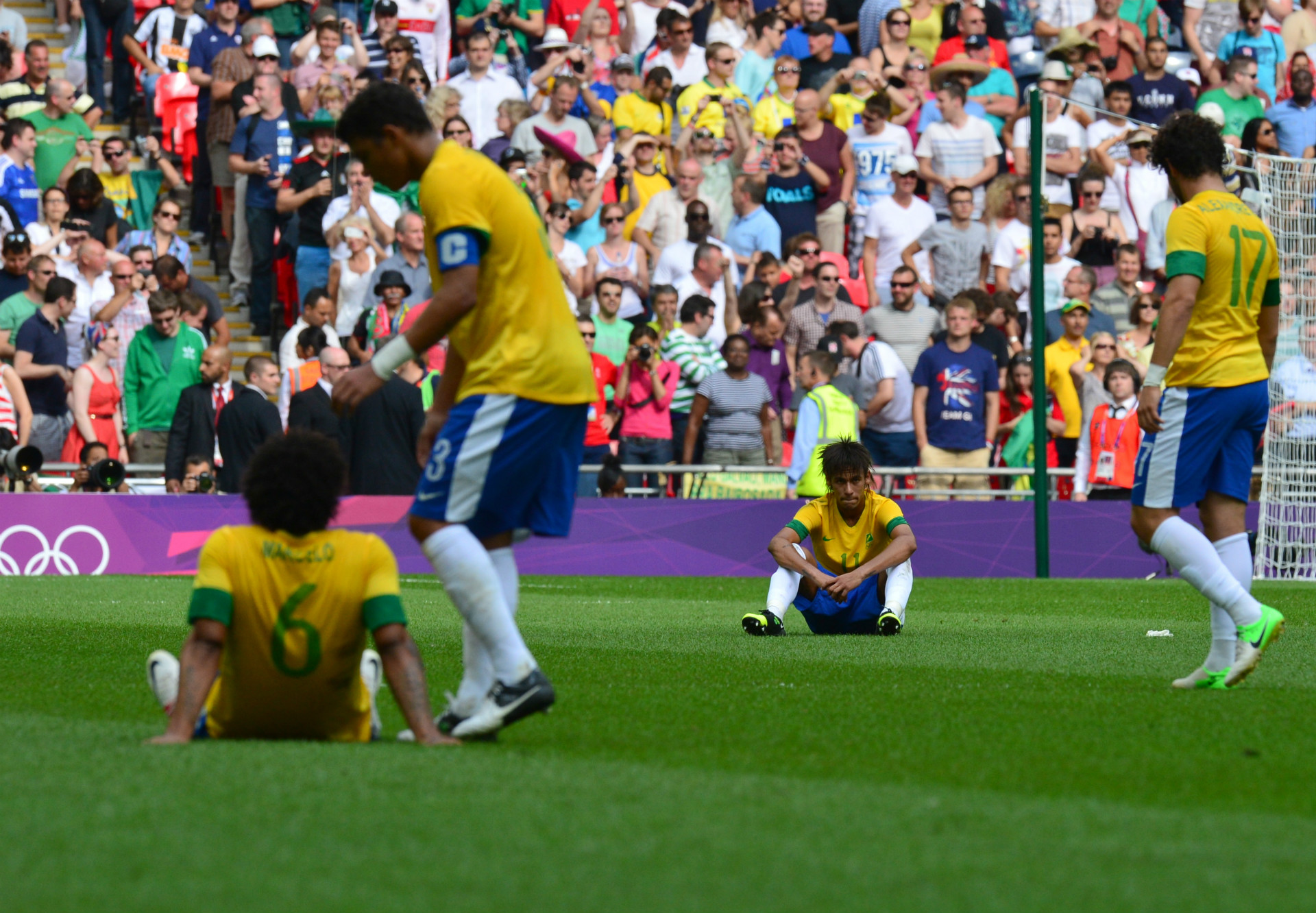 Brazil arrived in London as outright favourites for the gold medal. A young Neymar was leading an exciting new generation that coach Mano Menezes had complimented with overage players Thiago Silva, Marcelo and Hulk. They raced into the final, slowed only by a spirited Honduras side in the quarter-finals, as Leandro Damiao hit six goals as the competition’s most prolific forward.

However, Menezes felt Neymar’s reluctance to track back left them vulnerable on the left and made a key change for the final – withdrawing Hulk in favour of introducing Alex Sandro as an extra presence down the left. The side was completely unbalanced and a Rafael error gifted Mexico the lead inside the first minute. Brazil never recovered and went down 2-1.