By Nara Franco & Rupert Fryer
Ahead of Sunday's Club World Cup final between Barcelona and River Plate, CBGT looks back at the six Brazilian sides to have been crowned champions of the world

Since the birth of the Club World Cup in 1960, in its previous guise as the Intercontinental Cup, there is no greater prize on offer for reigning South American champions than the chance to best their European counterparts. It is the ultimate achievement for any Brazilian club.

While the Intercontinental Cup was an annual clash between the champions of Europe and South America, in 2004 the tournament extended to the current format, which sees champions from the six continental confederations do battle, with the kings of CONMEBOL (South America), CONCACAF (North and Central America and Caribbean), UEFA (Europe) CAF (Africa) AFC (Asia) and OFC (Oceania) joined by a club from the host nation.

Argentina leads the way in the previous format with nine titles, while Italy have seven, followed by Brazil with six. But Brazilian clubs are the most successful in the Club World Cup format, with four triumphs.

And with Brazil captain Neymar set to lead his Barcelona side against River Plate in Sunday’s final, Chevrolet Brasil Global Tour takes a look back at the Brazilian sides who have been crowned champions of world football. 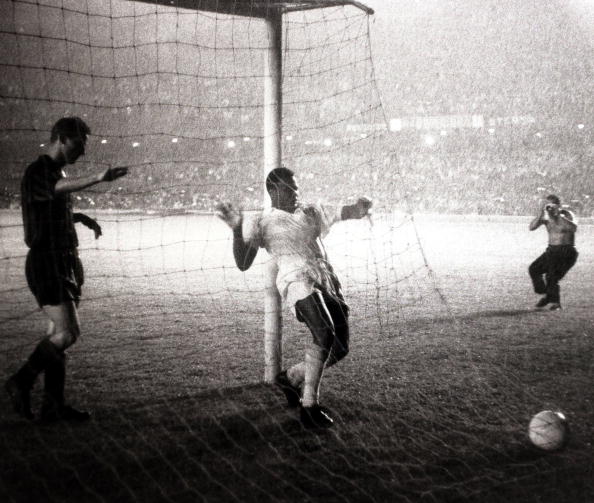 Brazil’s first title arrived in the third edition of the Intercontinental Cup in 1962, when Pele’s legendary Santos side took the trophy by seeing off Eusebio’s great Benfica team, who arrived as two-time European Cup-winners. The contest was played over two legs, with the first taking place at the Maracana. An estimated 90,000 people saw the home side win 3-2, with Pele scoring twice. The second leg was played out at the Estádio da Luz, and saw what many believe was Pele’s greatest ever performance as he hit a stunning hat-trick in a 5-2 win.

The following year saw Santos retain the Copa Libertadores and grab their second world title by beating AC Milan, who had become the first Italian team to win the European Cup. Pele and Santos were made to work hard this time, as they recovered from a 4-2 defeat in Italy to win by the same score at the Maracana and force a play-off, again at the Maracana. Dalmo hit the only goal of the game from the penalty spot to ensure Santos became bi-campeon. 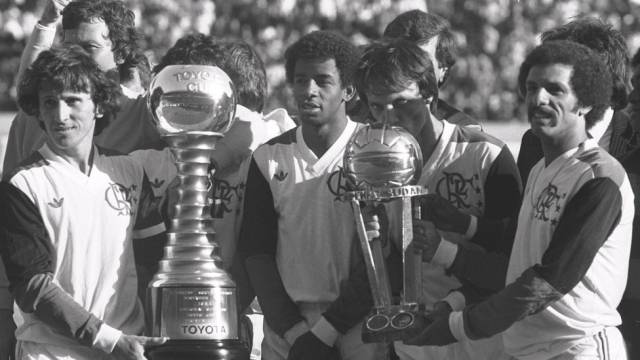 The ‘magical year of Flamengo’ saw Zico’s side claim an incredible three titles in 20 days, with the Intercontintal Cup victory over Liverpool the highlight. They arrived in Tokyo to the sound of samba and with real momentum after claiming the Copa Libertadores and the Carioca State championship. They faced fierce opposition in the form of Bob Paisley’s Liverpool, who had won back-to-back league titles and seen off the mighty Real Madrid in the European Cup final. The trophy was now decided via a single game, and played in in Tokyo, Japan, for the first time.

Liverpool historically played little attention to their rivals ahead of big games, such was their belief in their own ability. They reportedly had no idea Flamengo were the biggest team in Brazil, and if they weren’t aware of the talents of Zico ahead of the match, they certainly were soon after kick-off. "From my own career, Zico stood out as a world-class player,” said former Liverpool midfielder Graeme Souness of his talents. “I played against him several times… I never got within 6ft of him.” Zico was brilliant that day, inspiring his side to a 3-0 victory, with all three goals coming in the first-half. 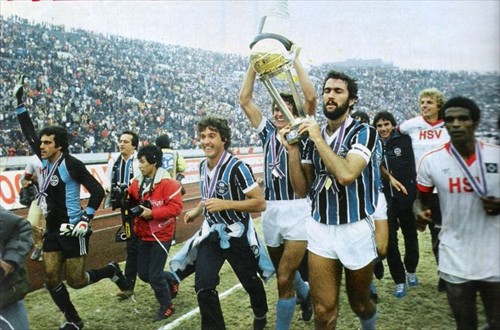 Gremio became the third Brazilian side to conquer the world, beating German club Hamburg 2-1 after extra-time, in 1983. Led by coach Valdir Espinosa, the Tricolor Gaucho boasted the likes of Mario Sergio, Mazaropi, Renato Gaucho and Hudo de Leon. The Europeans, meanwhile, had a number of German internationals in their side, including Wolfgang Rolff, Felix Magath and Ditmar Jakobs.

The two sides had booked their place in Tokyo with their first ever continental titles and played out a dramatic game what ended 1-1 after 90 minutes. For the first time, the intercontinental Cup would be decided in extra-time. Renato, who had given his side the lead after mazy run and tight finish, settled the game three minutes into the extra period when he controlled a centre, cut onto his left foot and sent an unstoppable low drive past Uli Stein. 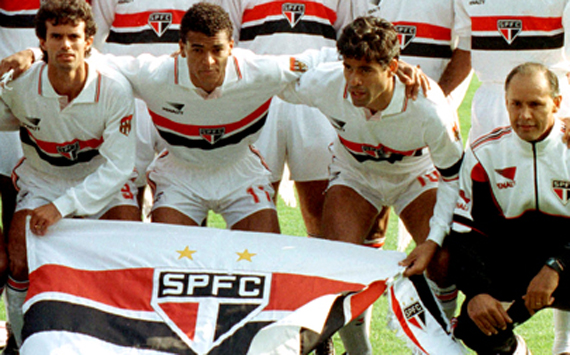 On December 13, 1992, Sao Paulo claimed the first of two successive Intercontinental Cup titles by seeing off Barcelona 2-1 in Tokyo. Pep Guardiola, then a player in Johan Cruyff’s Barca midfield, later remembered: “Sao Paulo were infinitely superior, with Rai, Muller and other fantastic players. We couldn’t even compete with them, let alone win.” Hristo Stoichkov gave the Spaniards the lead with a wonderful curling strike after just 12 minutes, but Rai equalised 15 minutes later, turning in a cross from Muller following some wonderful wing-play. Rai secured the title 12 minutes from the end with a magnificent free-kick that left Barca goalkeeper Andoni Zubizarreta a spectator.

Sao Paulo retained the Copa Libertadores and returned to Tokyo a year later to face Milan. The Italians had finished as runners-up to Marseille in the European Cup that year but took their place in the intercontinental Cup following match-fixing allegations against the French side. Sao Paulo joined Santos on two world titles by edging a five-goal thriller, with Muller’s bizarre goal eventually claiming the title with just two minutes remaining. Milan ‘keeper Sebastiano Rossi rushed out to beat Muller to a 50-50, but the ball deflected back of the forward and bounced into an unguarded net. 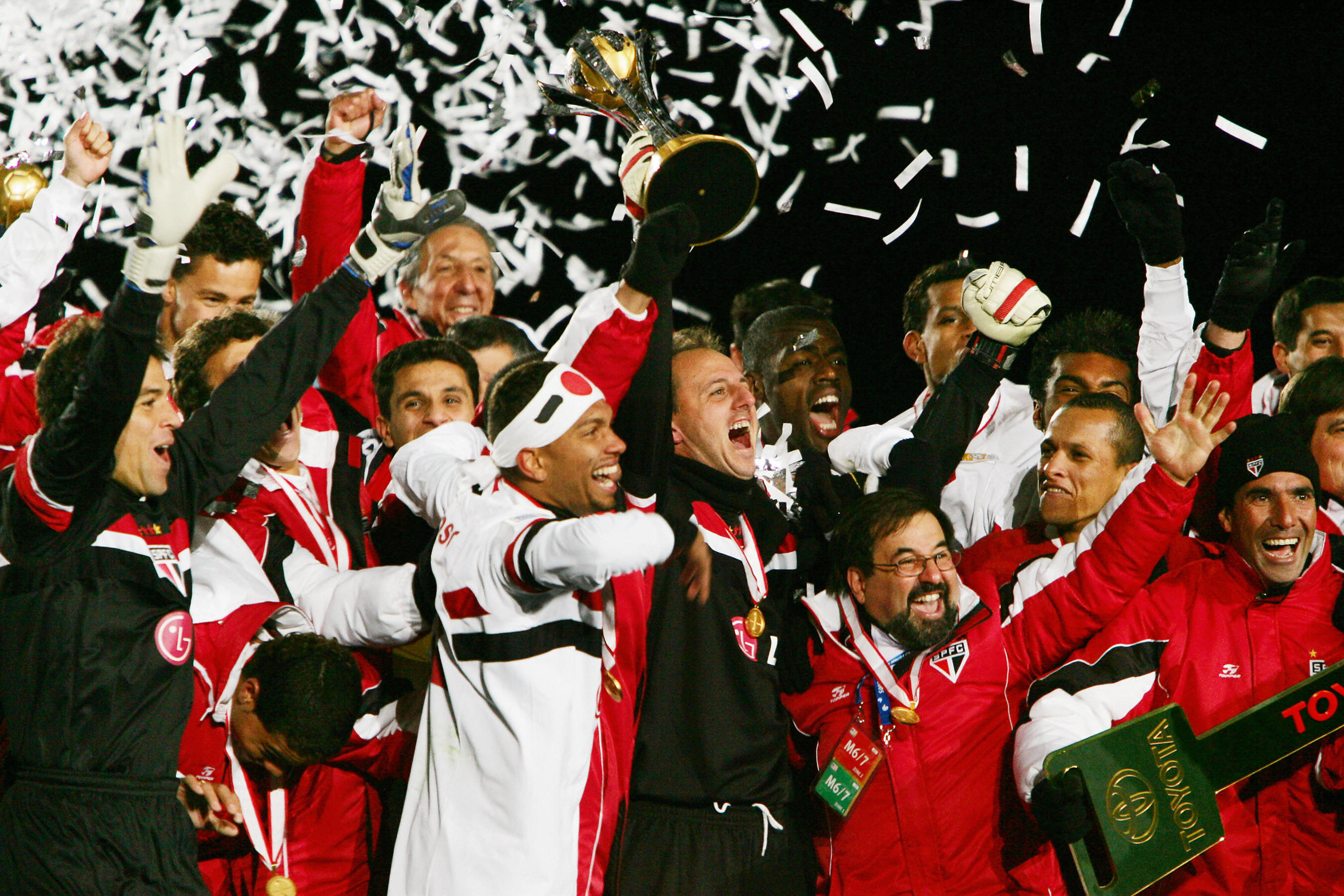 Sao Paulo returned to claim their third title in 2005, their first since the re-branding of the competition into the FIFA Club World Championship. With members of the AFC, CAF, CONCACAF and OFC all involved this time, Sao Paulo had to make it through a semi-final. They saw off Al-Ittihad of Saudi Arabia 3-2, with goalkeeper and club legend Rogerio Ceni scoring from the penalty spot with what proved to be the winning goal.

They faced Liverpool in the final, who themselves had booked their place thanks to a remarkable comeback from three goals down against Milan in the Champions League final. The Tricolor triumphed thanks to a single goal from midfielder Mineiro, with Ceni inspired in the Sao Paulo goal, making a string of fine saves to earn himself the man of the match award, and his club their third world title.

Internacional settled a local score in 2006 when they saw off Ronaldinho’s all-conquering Barcelona side to equal local-rivals Gremio’s tally of one world title. Adriano Gabiru ended 23 years of taunting by hitting the only goal of the game to cause an almighty upset in Tokyo. Led by Fernandao and featuring a teenage Alexandre Pato, the Gaucho team had come through a tricky semi-final with Al-Ahly of Egypt to book their date with Ronaldinho, Deco, Andres Iniesta and co.

Barca had dominated the play but were hit on the break with just eight minutes remaining when 19-year-old Gabiru, who had arrived as a substitute, stole in and sent his finish past a helpless Victor Valdes in the Barca goal. "I said yesterday that we didn't need to fear Barcelona,” Inter coach Abel Braga said. "We shut the players in a room for 15 minutes yesterday to get their spirits up for this game. I really think my team is the best in the world." Now they had the trophy to prove it.

Corinthians fans had waited 100 years for their first Copa Libertadores. Having finally broke their duck, nobody wanted to miss their date with destiny in Tokyo. The club have since claimed to have had as many 30,000 fans in Japan for their clash with Chelsea in 2012. Timao coach Tite had led the club to the continental title with a rigid, defensive setup that at times resembled a 4-6-0.

Peru striker Paolo Guerrero had since been brought in to much fanfare, and the club’s heavy outlay for his services proved a fine investment after he headed the only goal of the game in Tokyo with 20 minutes remaining. Goalkeeper Cassio proved the match-winner, however, making a series of stunning saves to claim the man of the match award and ensure the “big team” made it big.