Coach Dunga has plenty of options in USA this month with key players recovering from injury and the returns of Kaka, Lucas Moura and Hulk

Brazil travel to North America this month hoping to bounce back from the disappointment of their shock Copa America quarter-final exit at the hands of Paraguay.

And the good news for coach Dunga is that he is able to welcome back a number of key first-team players who were forced to withdraw from the tournament in Chile through injury.

Real Madrid defender Danilo is back, and was set to do battle with Barcelona’s Dani Alves in order to win back his place at right-back, but the Barca star was forced to withdraw through injury leaving Monaco's Fabinho to fight it out with Danilo for a starting berth on the right side of Dunga's back four.

Another injury casualty, Atletico Madrid's Filipe Luis, leaves Real Madrid's Marcelo most likely to come into the left side of defence. Marcelo missed the Copa America with a back problem and was originally left out of this month's squad. He will hope to edge out newcomer Douglas Santos at left-back. 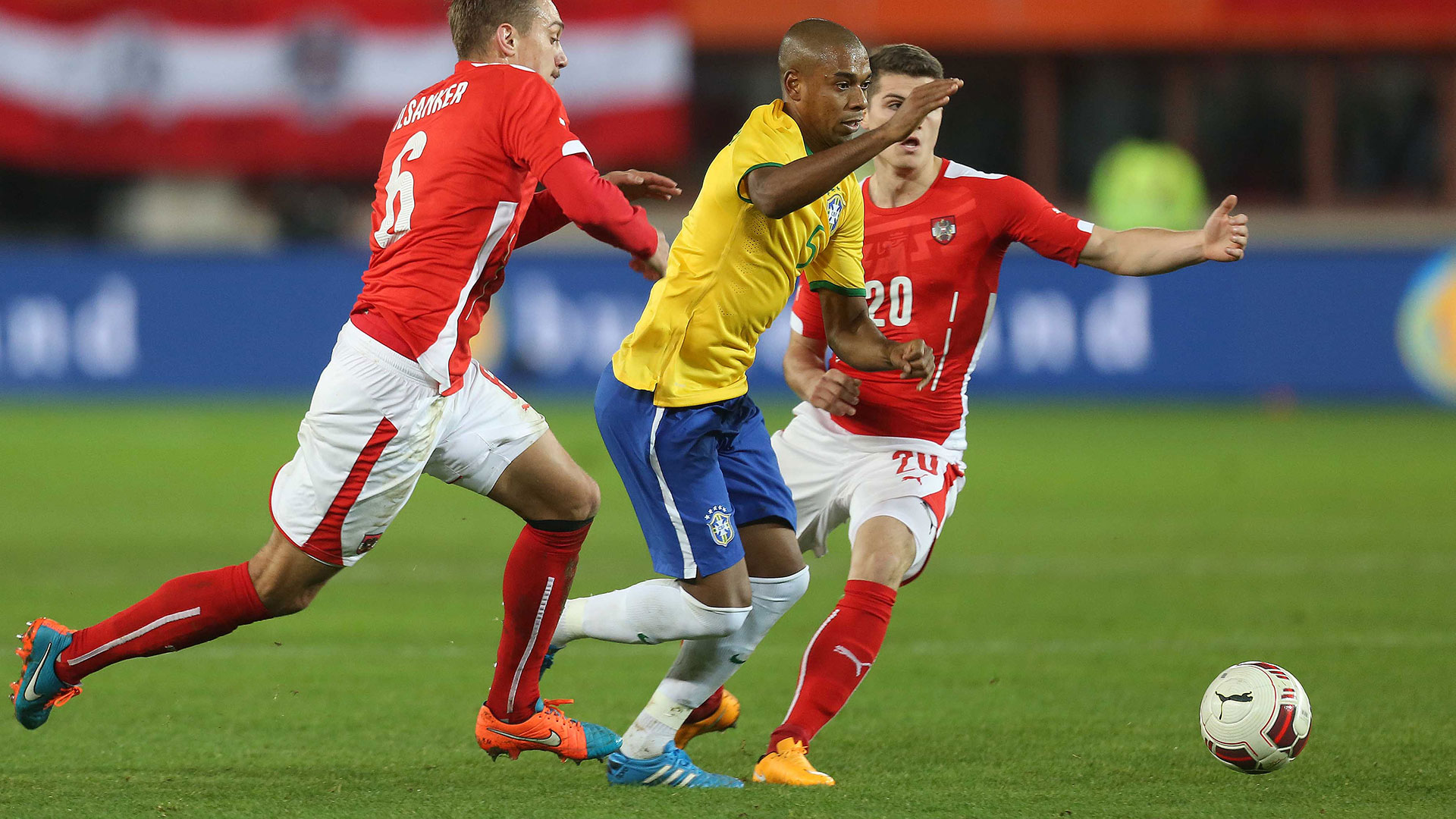 Meanwhile, Thiago Silva, who ousted his Paris Saint-Germain club-mate David Luiz to win back a role in the back four was left out of the squad, and so Luiz should resume the central defensive partnership with Miranda that proved so steady in Brazil’s Chevrolet Brasil Global Tour fixtures ahead of Copa America: Brazil conceded just one goal in the six matches in which the pair marshalled Dunga’s defence.

Luiz Gustavo is back from knee surgery and is expected to slot straight back into his role on the left of a double-pivot in midfield. The Wolfsburg man has been arguably the Selecao’s most consistent performer dating all the way back to Confederations Cup 2013 and will likely be the first name on Dunga’s team sheet.

His return leaves Manchester City’s Fernandinho and Corinthians’ Elias battling for the role next to Dunga’s disciplined midfield general. Elias has embraced a more restrained role than he enjoys for his club side and is favourite to keep his place, which would relegate Fernandinho to the bench. 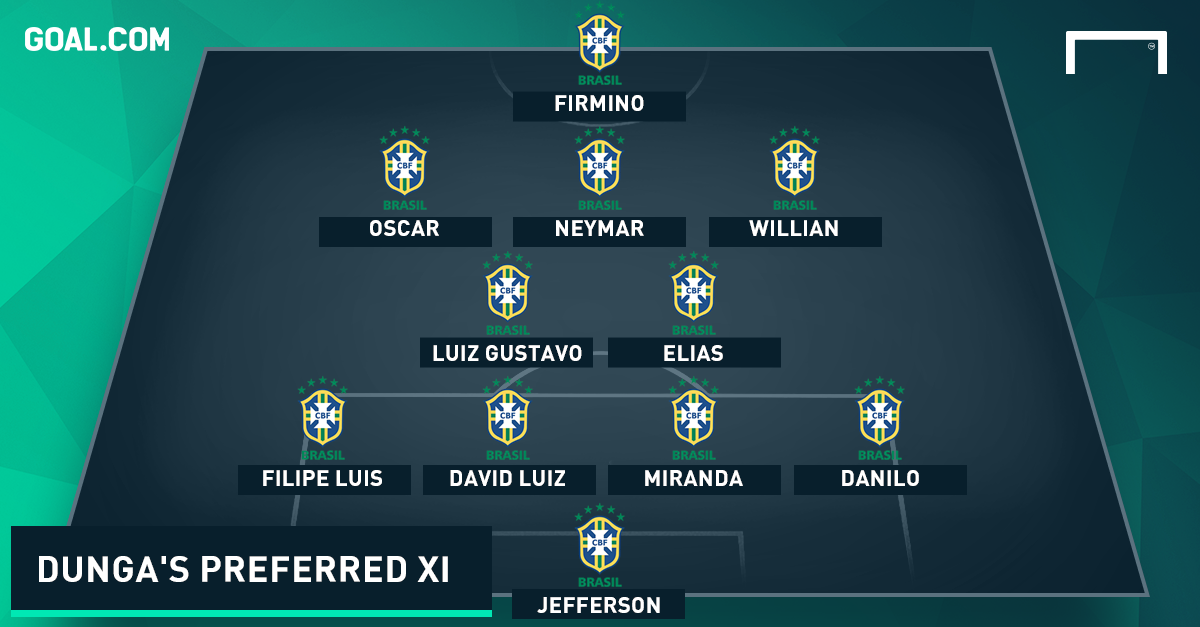 The return of Oscar looked to be a huge positive for Dunga. The Chelsea midfielder pulled out of the Copa America with a thigh injury and the Selecao missed his tireless pressing during June’s South American showpiece, but he has once again been forced to withdraw through injury.

Dunga now has his focus firmly fixed on the upcoming World Cup qualification campaign, but captain Neymar has been included in the squad despite being suspended for Brazil’s opening two matches against Chile and Venezuela.

Suggestions the Selecao over over-reliant on the skipper could see him decide to test his team without the Barcelona star, leaving at least one role up for grabs in his attacking line behind the striker.

Veteran Kaka has returned as Dunga seeks to add more experience to a squad some feel lacked maturity during the Copa America but he will face competition from Douglas Costa, and the returning Lucas Moura and Hulk. 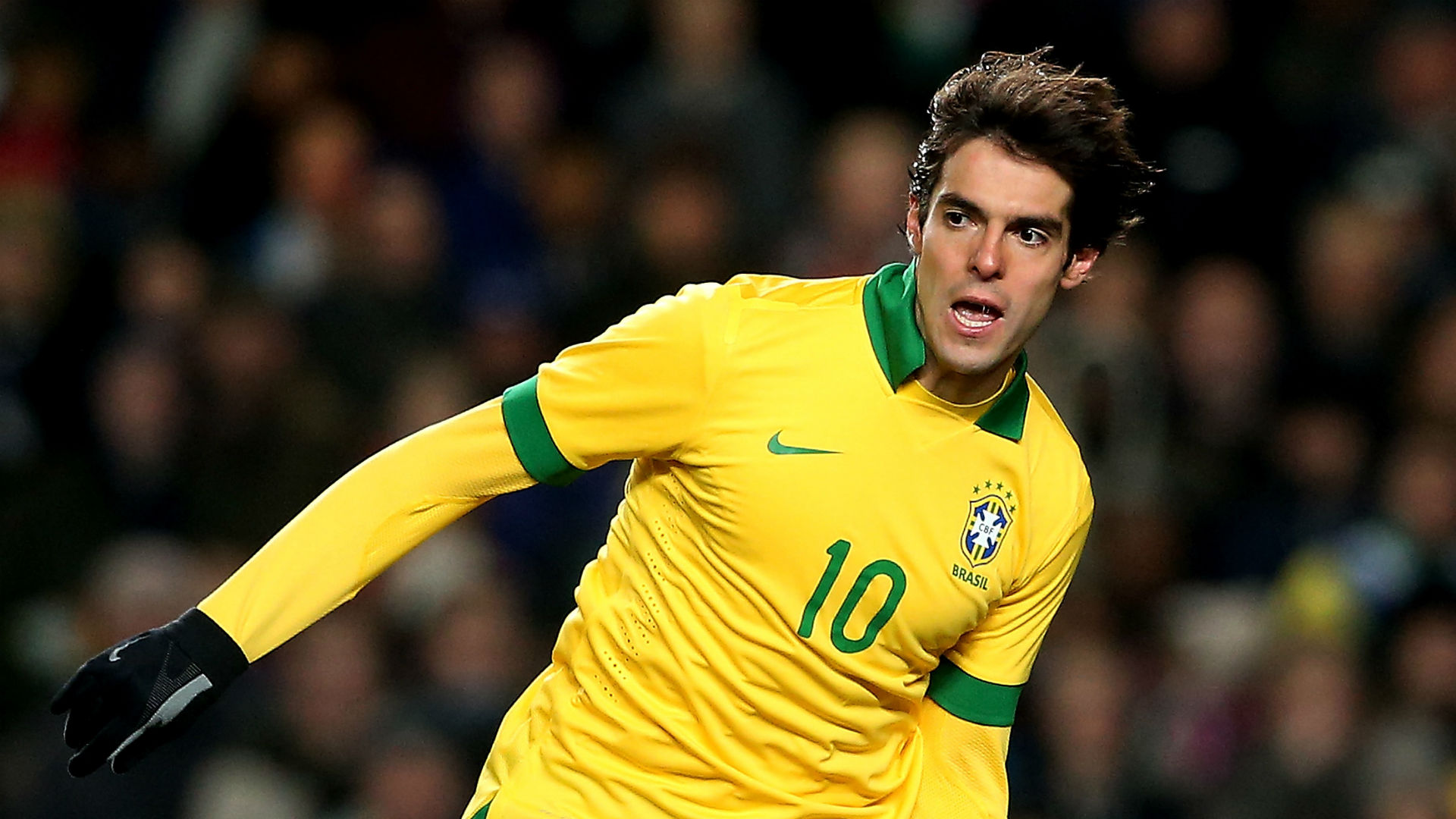 Kaka could slot into the position directly behind the striker in Neymar’s absence, offering a more fixed creative outlet in the centre of the pitch.

Douglas Costa, meanwhile, has become a mainstay in the squad since last year’s November Chevrolet Brasil Global Tour victories over Turkey and Austria and will hope to be retain his place in the team after impressing in Chile. He is enjoying a fine start to life with Bayern Munich and is emerging as one of the Selecao's top attacking talents.

Lucas Moura hasn’t appeared for his country since Confederations Cup 2013 and us yet another playing for his international future, but will likely be forced to do so from the bench.

Industrious Chelsea midfielder Willian has become a Dunga favourite, with his tireless running and defensive solidity complimenting his creativity in the line of three behind the forward. He played all across the line but, with Dunga seeking to find alternatives to preferred line-up ahead of the qualifiers, he could be given a rest at some stage to present Philippe Coutinho a second chance. 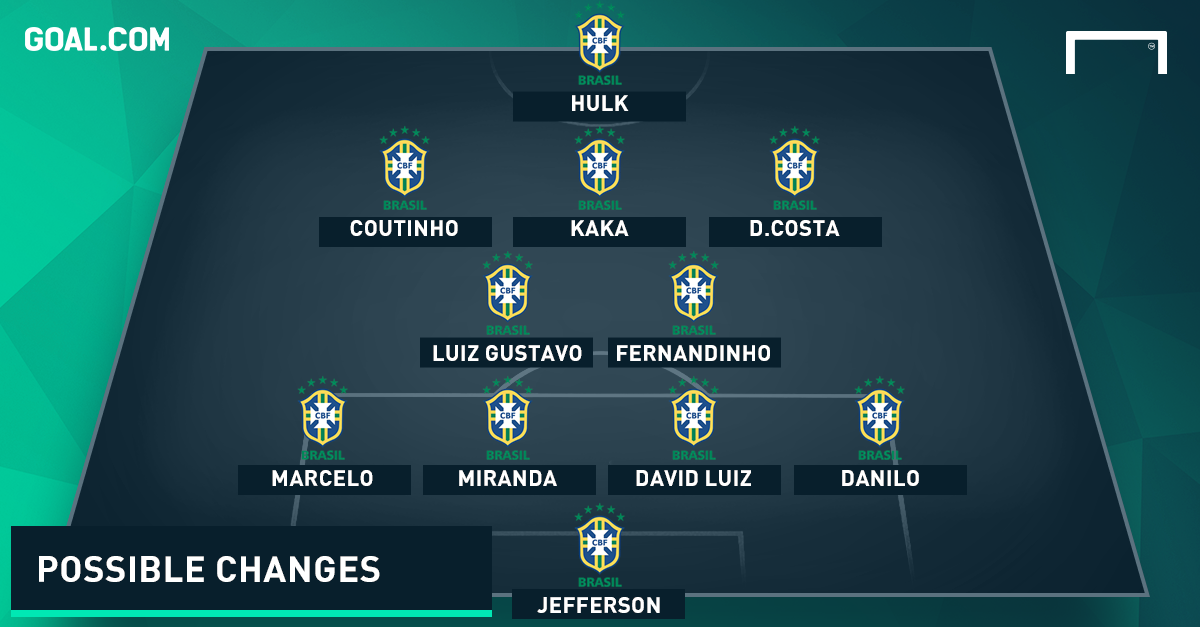 Coutinho was a surprise omission from the original squad, with Dunga insisting the Liverpool man hadn't made enough of the chances he was given during the Copa America. However, Oscar's injury has allowed him to return and he will be desperate to prove Dunga's initial thinking was a mistake. Barcelona's Rafinha Alcantara replaced Oscar's club-mate Ramires but will likely have to settle for making his impression from bench.

Diego Tardelli was left out of the squad after seemingly cementing his role as Dunga’s false no.9, and with Robinho also left out, there appears to be no other clear favourite to contest Roberto Firmino for the lead striking role.

This could mean we see Zenit forward Hulk, who is set to make his first appearance for Brazil since World Cup 2014, trialled further up the field than he is used to. His pace, strength and dynamism make him an ideal choice for experimentation with Brazilian football left lacking in that area. 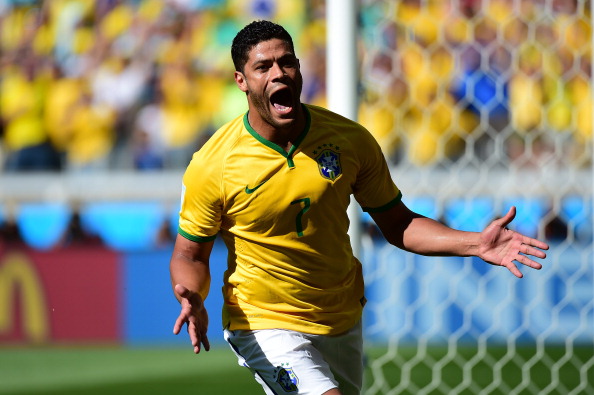 Five-time world champions Brazil will meet Costa Rica at the Red Bull Arena in Harrison, NJ, on September 5 before travelling to the Gillette Stadium in Foxborough, MA, for a clash with USA on September 8.