With Brazil set to take on Jorge Sampaoli's side at Emirates Stadium in London on Sunday, CBGT takes a closer look at La Roja 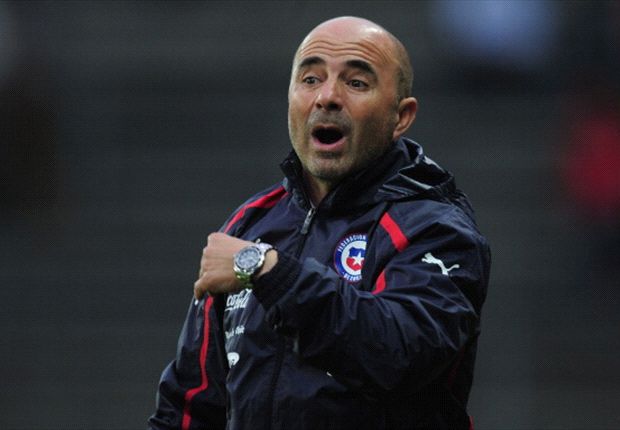 The Argentinian earned plaudits from around the world for the high-tempo, heavy pressing, attacking style which led Universidad de Chile on a 36-game unbeaten run and saw them claim three league titles and the 2011 Copa Sudamericana, the club’s first international title. A devout disciple of his compatriot and former Chile coach Marcelo Bielsa, Sampaoli was appointed Chile boss in December 2012 and has thus far proved a worthy successor to the man who made La Roja the neutral’s favourite at World Cup 2010.

His side also became every fan's second team at the World Cup last year, with their brand of exciting football earning a famous victory over Spain in the group stage. They met Brazil in the second round and may well have eliminated the hosts had Mauricio Pinilla's strike dipped just under the bar rather than cannoning back off it. Chile ultimately fell to the hosts on penalties, but emerged from the tournament with what many believe is the best team in the nation's history. They host this year's Copa America and have never been better placed to lift their first ever South American crown. 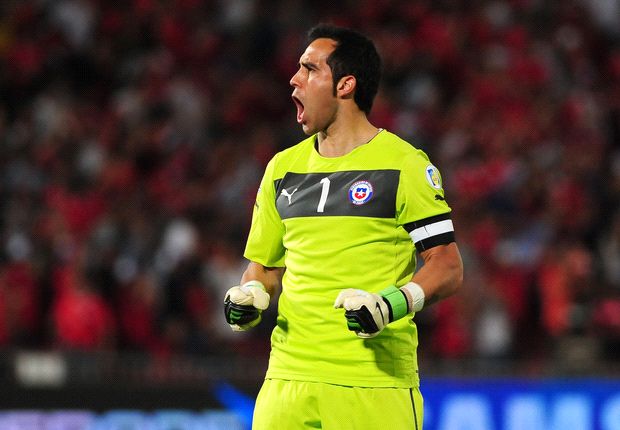 His fine form for his country earned him a move to Barcelona in the summer. With the departure of Victor Valdes, few were better placed than the 31-year-old to fill the void at Camp Nou, with the style introduced to the club by Pep Guardiola having been heavily influenced by Bielsa. Always willing to step out from his goal and with excellent distribution both from his hands and his feet, he has been vital to the Bielsismo that has brought Chile so much success.

The goalkeeper made the move to Spain from Colo Colo in 2004 to join Real Sociedad, where he wrote himself into the Basque club’s history books by making over 200 appearances. He is now Chile's most-capped player with 87 appearances for his country. He set a new Spanish league record shortly after arriving at Camp Nou, going a staggering 754 minutes without conceding a goal. 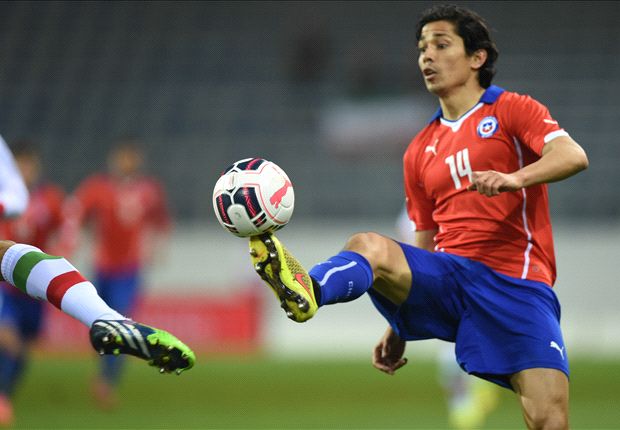 With Jorge Valdivia a late withdrawal from the squad this month, preferring to continue his rehabilitation from injury back in Brazil with Palmeiras, Fiorentina playmaker Mati Fernandez has an opportunity to remind Sampaoli he too is worthy of the No.10 shirt. The 28-year-old has been plying his trade in Europe since a 2006 move from Colo Colo to Villarreal. He failed to cement a starting place for the Spanish side, however, as an ageing Robert Pires enjoyed an Indian summer in the playmaking role.

He is now strutting between the lines for Fiorentina in Italy after three years with Sporting in Portugal. A classy, flamboyant attacking midfielder with a fantastic eye for a pass and a constant danger from set pieces, he shared the attacking midfield role with Valdivia under Marcelo Bielsa. 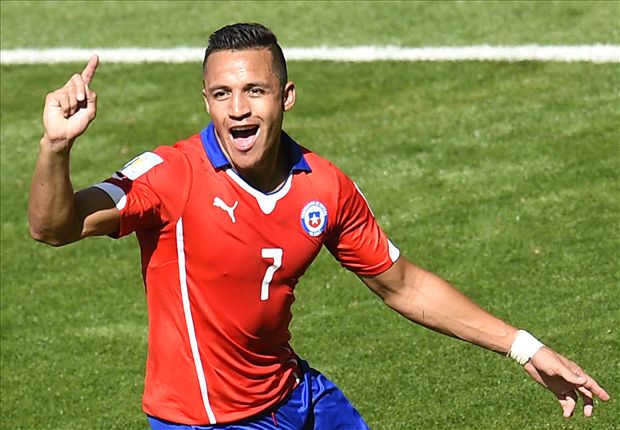 The Arsenal striker is the standout star in this Chile side and looks well on course to become his country's record goalscorer. The 26-year-old is fourth in Chile's list of all-time marksmen, just 11 behind first-placed Ivan Zamorano. He has often played floating around a central striker, but with an ageing Humberto Suazo having lost his role as leading centre-forward, Alexis has been pushed further through the middle than he was under Bielsa.


Lightning quick, with the ability to go either side when facing his defender, he will pose a constant threat when running at Dunga's back four. He also has an eye for a cute pass and is a very strong finisher, having already hit 13 Premier League goals in his debut season in England. The former Barcelona and Udinese star will reunite with old team-mate Neymar on Sunday in a clash that is being hailed as Alexis vs Neymar. 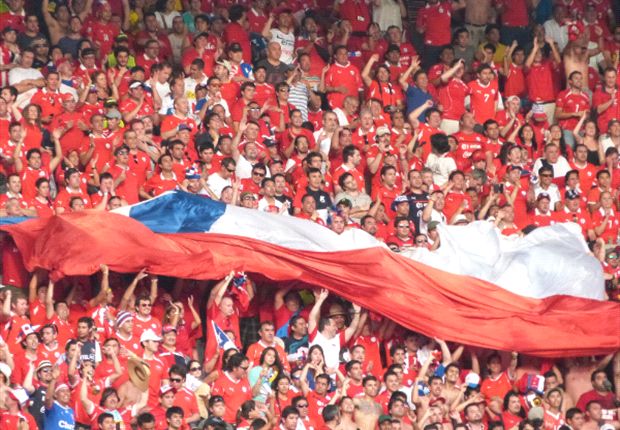 
"This friendly is far from being the revenge for last year's match, when Brazil knocked Chile out of the World Cup. Jorge Sampaoli is fully focused on the upcoming Copa America and this will be a live casting call for some players hoping to earn a place in his squad for the tournament. The boss has called up his regulars, with Claudio Bravo and Alexis Sanchez in the best moments of their careers, but he will likely look to test his options in in defence and midfield in the absence of the injured Marcelo Diaz, who is vital to Chile’s passing game.

One of the biggest concerns at the World Cup was the lack of height among the centre backs. This month Sampaoli has called three players to address that: the young, tall Enzo Roco, Igor Lichnovsky and Erick Pulgar (who can also operate as a defensive midfielder). We will also see the return of former Parma man Jaime Valdes and Fiorentina midfielders Mati Fernandez and David Pizarro, which sparks curiosity about exactly how the coach will use them. The biggest question facing Chile and Sampaoli right now is whether this team is good enough to beat South America’s very best and claim their first ever Copa America title this year. Sunday’s match may just provide the answer."

Brazil meet Chile in the Chevrolet Brasil Global Tour at the Emirates Stadium in London on Sunday March 29.