N'Golo Kante was subbed off after 76 minutes after a job well done in the Europa League against Malmo, as attentions rapidly turned to the Carabao Cup final against Manchester City.

Maurizio Sarri has transformed Kante's role in the team, causing quite a debate, as one of the world's best defensive midfielders is moved into a more attacking role to accommodate new signing Jorginho.

Like Kante, Jorginho has been a mainstay of Chelsea's midfield, but the Blues have been overrun in midfield at times due to the former Napoli man's lack of physicality in the more defensive role.

However, Sarri is resolute about his approach and believes that once his team perfect his system the defensive problems will be resolved. Kante thinks he could play in the 'regista role' that Jorginho operates in, but insists that he is concerned only with carrying out his duties for Sarri.

"It is something possible [to play Jorginho's role], but the manager decides," Kante said at Stamford Bridge. "It’s fine, it’s fine. I like this [more advanced] position. Prefer it? It depends on the game, but I enjoy it. I’m with the manager, and I’m enjoying the way I’m playing now.

"It is a position I used to play when I was in France. I’m enjoying participating more in the offensive positions to change the game. I am enjoying it."

Kante and Jorginho have become symbols of a bad run of away form across the winter period at Chelsea that has seen a succession of embarrassing defeats.

Sarri's job is now under threat and he was subject to 'F*** Sarriball' chants at Stamford Bridge in the 2-0 defeat to Manchester United. The chants were then followed up by a 3-0 win to Malmo, in which Jorginho got booed as he came on off the bench in the second half.

Kante insists that Jorginho isn't treated like a 'teacher's pet' as some have suggested and backed his managers comments that he is an important player.

"Jorginho came this season. He is doing very well. He knows very well the philosophy of the manager. He is very important for us at the club," Kante added. 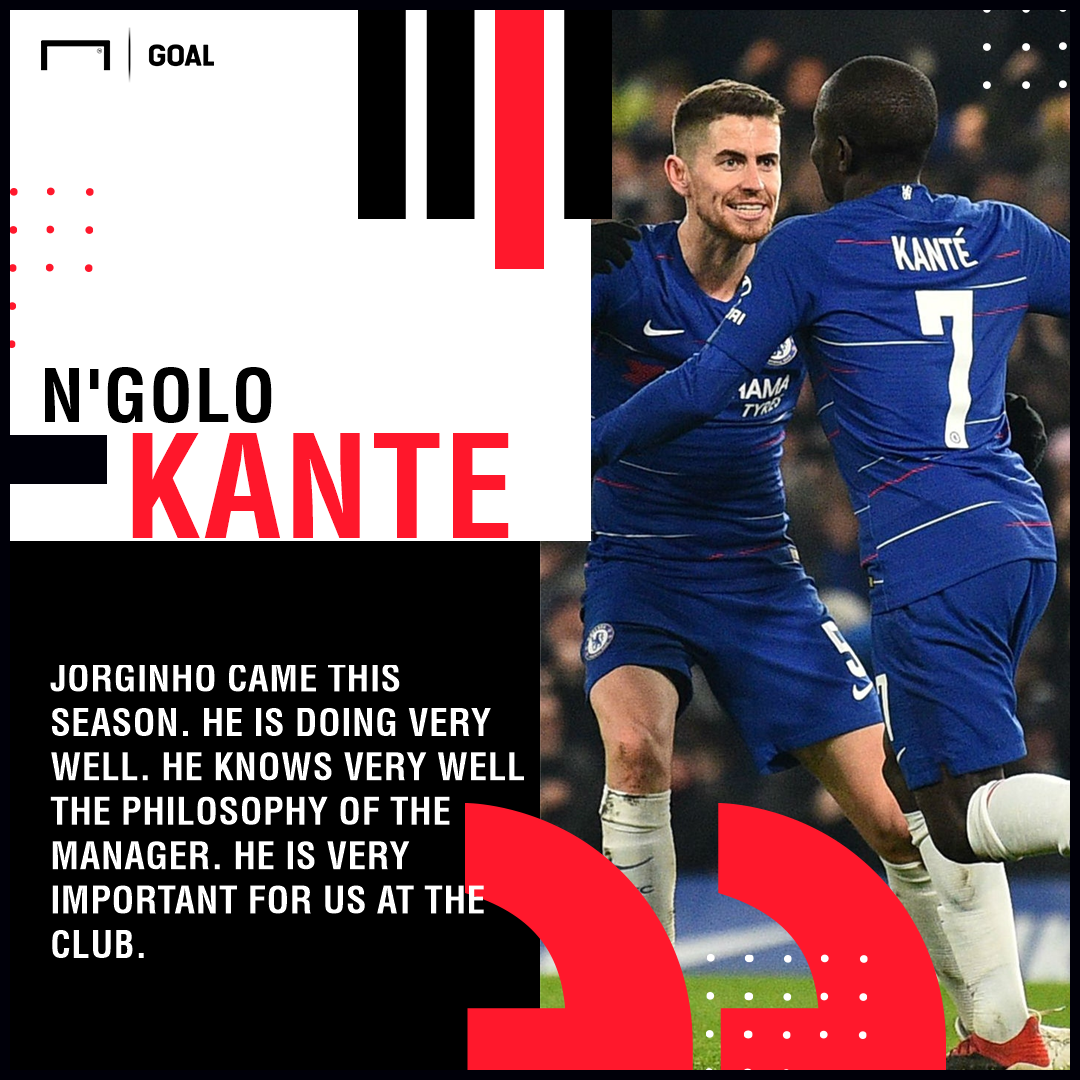 "We are doing well. As a team, we have some difficulty at the moment, but we are all together and no-one's special. We missed many opportunities to be happy like in the FA Cup and some games in the league.

"We can understand their disappointment in our performances in some moments of the season. I think we all want to get tighter and we will all be together for the final and the rest of the season."

Chelsea's worst defeat of the season was a recent 6-0 thumping away at Manchester City, which was the club's heaviest loss in 28 years.

The France international admits that it has taken some getting over, having suffered such a beating, but he is not deterred about his side's chances on Sunday at Wembley Stadium.

"They are a great team. We played them three times this season. In the last three months, we played them at home and away. They were two different games. I think it’s possible. They are not unbeatable," he continued.

"We need to go with a lot of hope and to prepare for the game in the best way. After our last result against Man City, it was difficult to accept the defeat. We lost again against Manchester United. 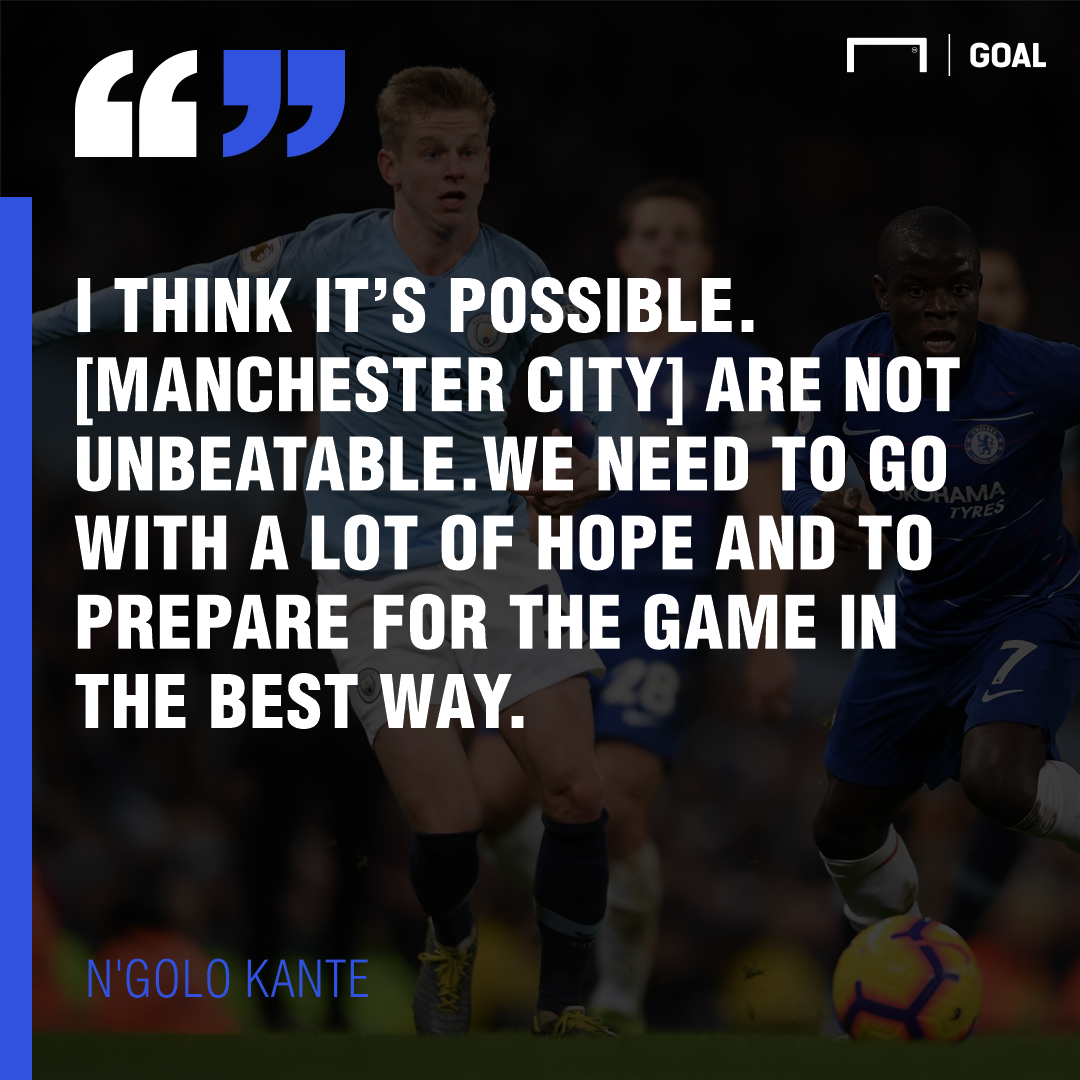 "This victory (against Malmo) is good to give us confidence and look forward to the final in the best way and to be ready, to hopefully win the final. Every defeat like this is difficult to accept as a player. At Chelsea, we are not used to that.

"It was difficult to accept. At the end, we cannot change it. We need to accept it and go forward and do better. That’s what we try to do. [We are] not especially [after any revenge]. It is another game. It is most important to win this one title in this game.

"It is what we will try to do, what we will prepare to do and hopefully we can do it. We need to know that we can win like at Stamford Bridge, or we can lose as at the Etihad. Everything is possible. It gives us more awareness of this team."